Beyond the Maritime Borders Agreement: What’s Next for Lebanon?

Some could see the signature of this long-awaited maritime border deal between Lebanon and Israel as a triumph for Lebanon at a very delicate political and geopolitical moment, but this should not allow at any point to announce that the country has become an oil or gas producing country, something that is yet to be proven. The agreement constitutes a step forward in the right direction, despite the ability of the country to have claimed a better deal over the past years.

As Lebanon continues to descend into perpetual collapse, the risk of a presidential vacuum comes at a hefty cost of increased vulnerability and delayed recovery. The absence of a president, and by definition, a fully functioning government, implies the postponement of crucial political and economic measures as well as international agreements such as the pending IMF deal, even though the parliament could step in, according to caretaker Prime Minister Najib Mikati, if MPs reach an agreement on a way forward.

Bringing “Loss and Damage” to MENA

While the concept of loss and damage financing is far from novel, the recent momentum in advancing the loss and damage agenda has been unitedly led by the G77 and China. Yet, despite consistent warnings from experts highlighting the MENA region as the most water-stressed areas in the world, lived experiences and anticipated adverse climate impacts in MENA countries are rarely considered within loss and damage discourse. The reasons for exclusion are likely complex and multifold, particularly given economic and geopolitical turmoil underpinning the region’s recent history. However, the existential threat to human security resulting from human-induced climate change in MENA should not be overly conflated by the lack of nuance that does not take into account the intricate country-specific sociocultural, political, and economic historical realities.

Neighborhood resistance committees (RCs) are grassroots organizations with extended origins in Sudan’s modern political history going back to the 1990s.

With so much hanging in the balance this election cycle, it is critical to examine what Lebanon’s electoral law looks like both on paper and on the ground, the international legal standards it should meet, and what issues will be important to watch in anticipation of elections in the spring. 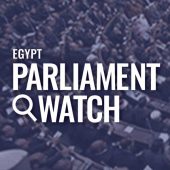 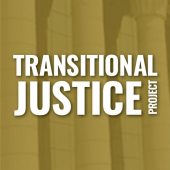 TIMEP’s Transitional Justice Project (TJP) is an innovative, timely project that addresses crucial issues at the heart of the transitions in the Middle East and fills an important knowledge gap on these issues.