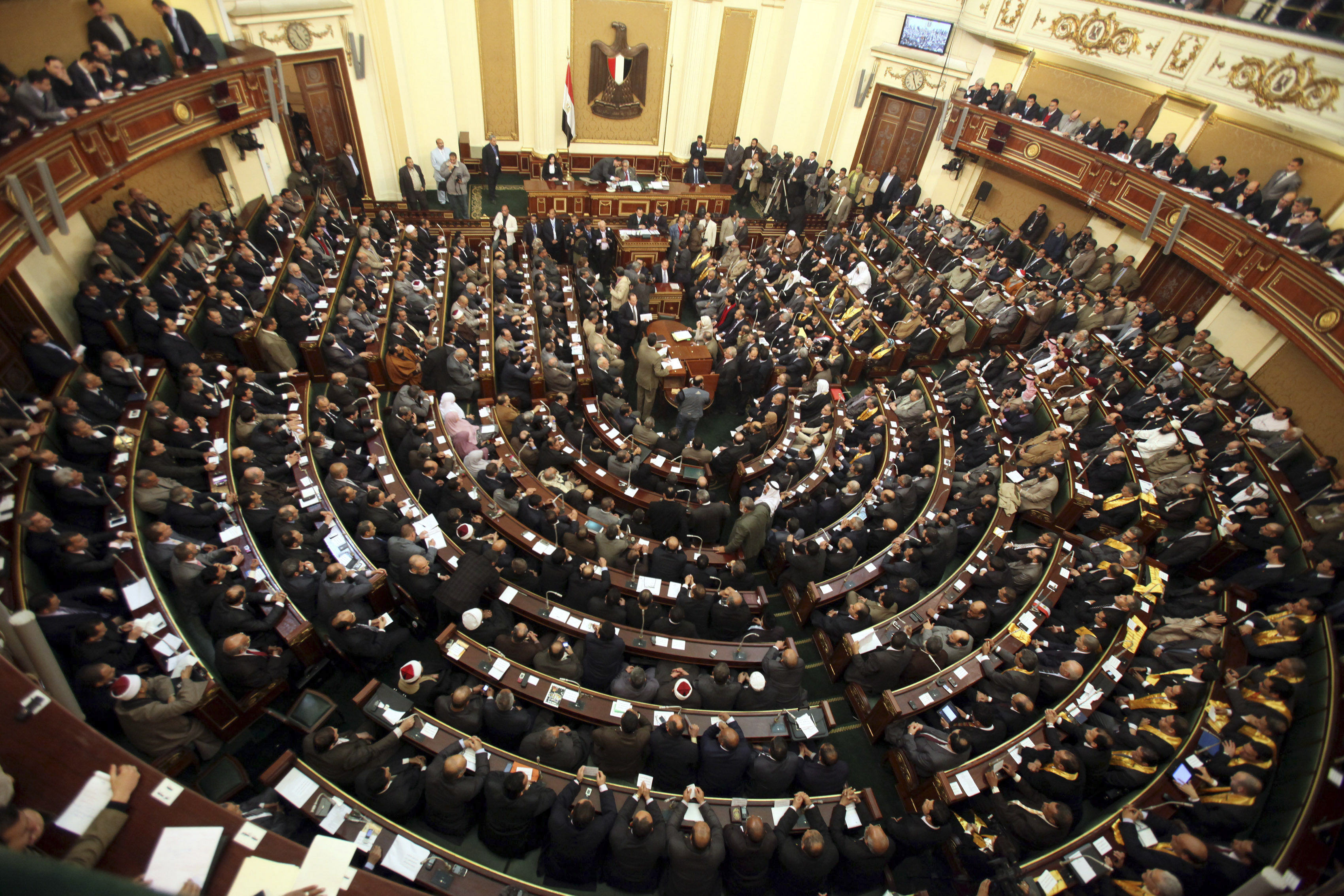 Tasked with the job of discussing and voting on 341 laws in a period of 15 days, the first assignment facing Egypt’s new parliament was not an easy one. After the House of Representatives swore in its 596 members—each of whom individually read their oaths—and elected a speaker and deputies, the legislative body began to contend with its immediate duty as mandated by Article 156 of the Constitution. The article is generally interpreted as setting a 15-day period to discuss and vote on all laws passed since the constitution’s ratification and in the absence of a seated legislature; laws not discussed and approved by the end of the review period—which concluded on January 24—would have their force of law revoked.

In completing its legislative review procedure, there is no doubt that parliament was unable to fulfill the spirit of the constitution. Under normal circumstances, the constitution sets out a lengthy legislative process, enabling multiple actors to participate and setting forth various checks throughout the procedure. It is perfectly clear that the document’s drafters in no way envisioned that a single president would issue hundreds of decrees in exercise of his temporary legislative authority. Parliament was thus bound—in at least some capacity— to fail in the task before it.

After an initial proposal by the speaker to create six temporary committees to review the laws was rejected because it would not allow all members to participate equally in the process, 19 committees were established to review the laws pertaining to their mandates. The membership of the committees—which had focus areas ranging from the economy to human rights—was determined by the speaker and his deputies based on requests from members. In order to save time, elections for committee leadership were not held; rather, the oldest member of each committee was appointed as the temporary chair and the youngest, its temporary secretary—an arrangement that resulted in a number of interesting appointments, including that of Zamalek Sporting Club President Mortada Mansour as head of the human rights committee. Once the committees were set up, each committee researched and debated the laws relevant to its mandate, held an internal vote, and issued a recommendation to the General Assembly of the House of Representatives accordingly. All laws were then put to a wider vote.

As news began to emerge regarding the meetings of the committees and the whole parliament, serious concerns regarding fairness and the body’s commitment to the spirit of the constitution became impossible to ignore. Reports that each committee was issuing recommendations approving nearly all the laws it was reviewing surfaced. Various members complained that they were not allowed to openly voice their objections to the laws they were reviewing. Certain laws were grouped together for voting purposes, with one anecdote emerging that 38 decrees on petroleum and natural resource agreement were grouped together and approved after only one vote. When it came to discussing controversial laws like the Terrorism Law in the General Assembly, the speaker said that the law should be approved in “a second, not half a minute.” Bugs with the electronic voting system were reported—at one point, the screen showed 693 members in attendance, rather than 596—and videos showing members voting on behalf of other members leaked online. Raising serious questions on transparency, a decision to temporarily halt the live broadcast of the parliamentary sessions was made and at one point, at least 20 journalists reported being denied entry into the parliament.

Throughout the process, media coverage indicated that the majority of laws were being approved. On January 19, for example, the speaker reported that the body had approved 323 decrees and that only 19 had yet to be discussed. A few days later, parliament completed the task of reviewing and voting on all 341 laws in the mandated 15-day period and sent a final list of approved and rejected laws to the president in advance of the publication of this list in the Official Gazette. Although not the only law to be rejected, the controversial Civil Service Law made headlines when it was voted down 332-150 (with over 100 abstentions).

Although the effort to discuss and vote on all 341 laws in an extremely short 15-day period can be applauded for the sake of superficial comprehensiveness, this action came at the expense of the body making a commitment to review the most necessary or pressing of laws and leaving the remainder to be revoked. The decision to quickly rubber-stamp the legislation passed by Presidents Adly Mansour and Abdel-Fattah El Sisi set a tone that, rather than serve as an appropriate check on executive power, parliament would work to amplify and support the executive without appropriate and healthy debate. This approach sent an implicit message that the House of Representatives collectively had no concerns about the presidential exercise of temporary legislative authority, despite the fact that the constitution envisions that the president use such authority to issue legislation of an exceptional nature to accomplish only what was absolutely necessary for the nation’s well-being.

Additionally, parliament’s voting behavior and the limited opportunity for members to publicly express their opinions suggest that the body adopted an “approve now, reject later” attitude. This approach ignores the fact that repealing laws down the line would require the same, lengthy process to pass completely new laws, whereas repealing laws in the 15-day period would have required a quick “no” vote, or a decision not to discuss the law, instead allowing it to be revoked. The discrepancy in the two processes is jarring and contributes to an environment in which controversial laws like the Terrorism Law and the Military Courts Decree are granted longer lifespans.

With the legislative review process complete, parliament now turns its head to approving its bylaws, formally electing its committee heads, and exercising its legislative authority at a slower place—likely immediately to pass an alternate Civil Service Law, but also for other purposes as well. Although a 15-day period is an extremely short time by which to judge a large and complex legislative body, the indicators at hand today point to an Egyptian parliament that is unlikely to fulfill its role as an independent and deliberative third branch of government.