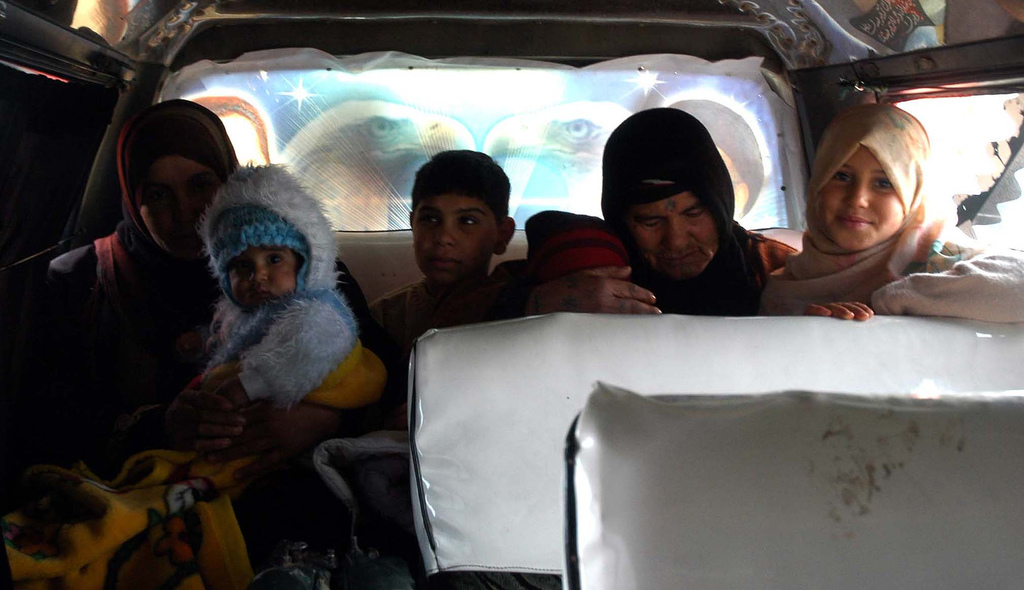 Last November, a group of more than 100 Syrian and Palestinian-Syrian refugees had just been detained in a police station in Alexandria after smugglers dumped them on Nelson’s Island, a rocky outcrop not far from Egypt’s second city. The story was strange because, after a late autumn that had seen more and more departures as well as more and more detentions, these refugees had actually set off from Turkey. This was irregular migration the wrong way around, a Mediterranean crossing away from Europe.

The refugees had boarded separate boats from the Turkish coastline close to Mersin, and then headed for Italy. At least, that was the plan.

After 10 days at sea, several engine malfunctions and, according to some, a dispute over money between the smugglers, those on board realized they were actually closer to Egypt than Europe.

On board that boat was Muhammad.

Although he would not reveal it until later, Muhammad had been an officer in one of Syria’s many mukhabaraat (intelligence agency) branches in Damascus. He said he had been writing an account of his journey since he left Syria and wanted to turn it into a book one day, once he was in Germany.

Muhammad had flown to Algeria, which at the time still accepted Syrian nationals without a pre-arrival visa, from where he had tried to migrate by sea from Libya. However, Muhammad’s group was intercepted by a Tunisian sea patrol and detained in Tunisia. He was then deported to Turkey, where he departed on the “failed trip of Mersin” and ended up in the Egyptian police station from which he was now talking.

Muhammad would maintain contact as he made his way from Egypt to the center of Europe—released from Egyptian custody because he was carrying valid documents and repatriated to Turkey; his arrival in a hotel in Turkey and then his laughing down the phone that night as he admitted he was taking a boat to Greece the next day; his walking and taxiing and scrambling through the Balkans during the harsh winter; and his arrival, finally, in Germany.

All in all, Muhammad paid more than $14,000 to reach his destination. He likely made around a dozen border crossings—some by legal routes, others irregular—and was detained twice in the process.

Not only does this story demonstrate the sheer determination of refugees and asylum seekers engaging in irregular migration, it also reveals the dwindling opportunities for routes into Europe due to enhanced border control measures by European Union and Mediterranean states.

However, by focusing on Syrian refugees, we can see that enhanced border control is not actually stopping irregular migration, only moving it elsewhere. Refugees are responding to higher detention rates and better alternatives emerging elsewhere and changing the routes they use to get to Europe.

Turkey has intermittently closed its land border with Syria. In December, Algeria introduced a pre-arrival visa regime for Syrian nationals; a reform that an Al-Arabiya report in May curiously justified as a way to “prevent the infiltration of dishonest refugees who only consider Algeria as a transit country to Europe.” The Balkans, meanwhile, has become the major transit route where — like the rest of Europe — states are clumsily navigating their way around responses to the unprecedented numbers of people arriving and, for the most part, leaving shortly afterwards. Borders have opened and closed. While Germany has drawn praise for vocally accepting refugees, it is one of a few exceptions. Several European states have constructed fences and makeshift detention facilities, attracting the criticism of activists and human rights organizations.

Egypt can be seen in a similar context. Up until August, UNHCR Italy estimated “approximately 5,000 people” had crossed the Mediterranean from Egypt. At the time this constituted around five percent of total flows into Europe on the Mediterranean—a decline from previous years, when Egypt was estimated to contribute between 10 to 20 percent of the total.

Since the spring, the beginning of the “peak season” for irregular migration in the Mediterranean, sources from Egypt’s security apparatus have been trumpeting their new approach. In April, the military announced it had detained 7,000 people between then and the previous October, an average of more than 800 arrests per month that included sea departures on the north coast as well as irregular border crossings on the western border with Libya. In July, Youm7 newspaper quoted a military source as saying that just over 5,000 people had been arrested the previous month—as much an indication of seasonal increases in irregular departures as the Egyptian security apparatus’ relatively new public emphasis on handling irregular migration on its borders. The same source then boasted that Egypt’s border guards were “intensifying their efforts on different strategic routes…to combat any attempts of infiltration and smuggling” while using “modern weapons and techniques,” a claim undermined by incidents like this autumn’s fatal shooting of an eight-year-old Syrian girl by border guards in Kafr al-Sheikh.

Other than anecdotal evidence from organizations and refugees in Alexandria, and the claims of official sources, that sea patrols are taking place more intensely along the north coast, there has been little official change in policy with regards to Egypt’s immigration detention estate. Administrative detention and deportations continue in much the same way as before, although some claim there is improved coordination between the government and UNHCR in terms of releasing registered refugees and asylum seekers. Still, the government does seem to want to appear actively and proportionately engaged with the issue of irregular migration in a way that it has not before. But what impact has all this had on Syrian refugees looking to reach Europe from Egypt?

More refugees going around, not across, the Mediterranean

UNHCR said last month that, since the beginning of 2015, some 2,300 people had been arrested—and the largest group (around 950 people) was Sudanese. The Egyptian Initiative for Personal Rights (EIPR) in Alexandria meanwhile maintains that the actual total is well over 3,000—while irregular migrants continue to be detained on the coast.

Of that number, just 500 Syrian nationals were detained this year — a dramatic drop when compared with last year and a far lower proportion than on other Mediterranean routes.

This is likely because Syrian refugees still have different migration options, even if those options are shrinking year by year.

Evidently, Syrians are not leaving the north coast like before. Instead, it appears, they are responding to Egyptian border control, financial necessity while at the same time making use of the lack of a pre-arrival visa regime in Turkey to take shorter and safer sea crossings, often at a lower price, from there.

Syrian refugees in Egypt, recently interviewed by TIMEP, have pointed to several reasons why the Turkey-Greece route is better.

Thaer, a Syrian refugee originally from Homs, is currently considering the flight to Turkey.

“There are many factors that make it better to leave from Turkey,” he said when asked about the decision-making process before travel. “It is safer and much cheaper; it only takes two hours to get to Greece; in most cases of boats sinking, the Turkish coastguard saves people; [and] if people get arrested, they won’t be treated as badly as they would if they were arrested in Egypt.”

Thaer claims that in Turkey, detention lasts around 24 hours whereas in Egypt “it could last for two weeks minimum.”

Abu Maher, a father of four originally from Aleppo, travelled from Egypt to Turkey and then on to Germany after having his own experience with Egypt’s immigration detention estate. As Tha’er said, Abu Maher was detained for around two weeks after being arrested from a boat sailing off the coast of Alexandria. Then, just days after his release, Abu Maher flew to Turkey joined the tens of thousands of Syrians transiting through the Balkans.

“Gong from Turkey is a lot better than Egypt,” he told TIMEP, speaking from Germany. “The route from Egypt is more expensive and involves much bigger risks.”

Abu Maher also explained that the journey is shorter. Boats from Egypt can take a week, but smugglers might hold their human cargo in apartments, farms or feeder boats for days at a time before the actual journey begins.

In both cases, border control (risk of arrest, length of detention) appears to be a consideration in selecting a route, alongside other primary concerns like safety and cost. Because Syrians still have an alternative, they are changing routes. It is unclear what will happen if Turkey introduces a more restrictive visa regime for Syrian nationals, other than pushing Syrians in Egypt and elsewhere towards more dangerous routes and more exploitative smugglers.

Border control does not limit irregular migration; rather, it merely changes the routes people take. There is a growing body of evidence for this. For example, the Deaths at the Border Database maintained by researchers at VU University Amsterdam, which documented and analyzed deaths on Europe’s borders between 1990 and 2013, reinforced the “already common hypothesis that border control diverts irregular migrants and border deaths, rather than preventing them.”

Border control, therefore, only creates a temporary fix; it does not solve the migration crisis in the way that European states and their third-country “partners”—like Egypt—might hope. As long as Europe refuses to admit more people, refugees and others will continue to try to find a way around the legal and physical obstacles in their paths.

Although researchers, refugee advocacy organizations and activists have been saying this for years, effectively when the “Fortress Europe” project first began, it bears repeating now—not least as unprecedented numbers of people cross into Europe irregularly and tragedies like those recently seen in the Balkans and the Mediterranean Sea continue.