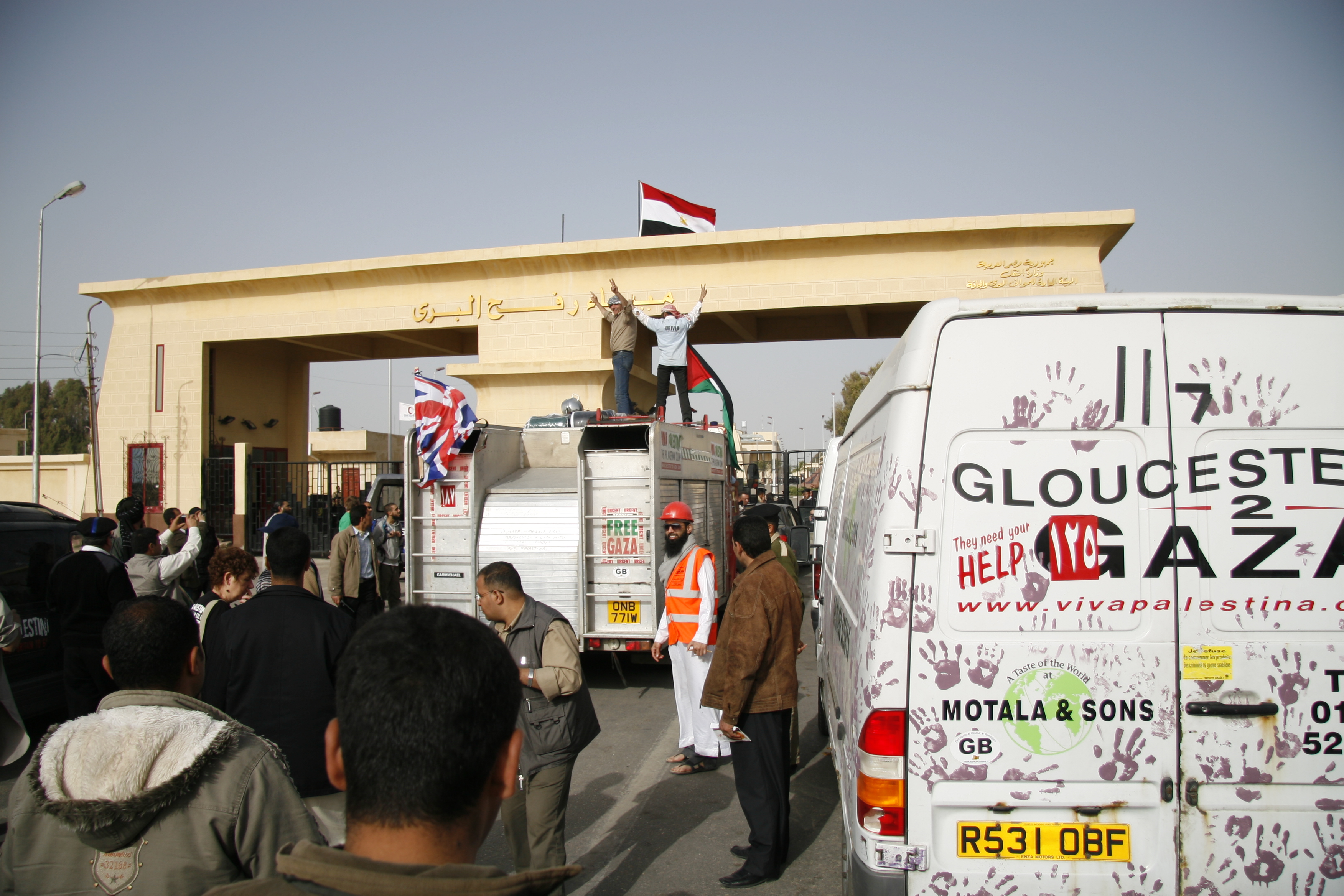 While the scenes from the recent offensive in Gaza look all too familiar to foreign observers, the Egyptian media scene—in particular how it has dealt with Gaza—has undergone some drastic changes over the past two years.

It is worth noting that Egypt’s attention was also not as much turned to Gaza during the November 2012 Israeli offensive, as much of the media was focused on the presidency of Muhammed Morsi, who issued a controversial constitutional decree that would bolster his opposition just as the crisis in Gaza was coming to an end. Yet, it is not only a matter of the amount of coverage, but the character of the coverage that has changed since this time.

The Egyptian media, as is the case with the country’s government and people, bears a unique relationship with developments next door. The peace treaty with Israel, the public’s perception of it, the general public’s opinion of Hamas, the volatile Sinai peninsula, and the shared border crossing at Rafah all represent issues where conflict between Israel and Palestine (and Gaza especially) intersect with domestic politics and interests in Egypt.

Both emotional and pragmatic motives come into play when the Egyptian media and general population discuss Israel and Gaza. Egypt went to war against Israel twice: last in 1973, and even though former President Anwar Sadat signed a peace treaty with Israel in 1979, the peace left no tangible improvement in the way in which Israel was perceived by Egyptians, who were never given a chance to vote on the peace treaty.

The Egyptian media and politicians have often used Palestine to appeal to pan-Arabism and Egypt’s history of regional leadership. Israel on the other hand has been a popular tool to rile up anger. Political actors in Egypt have often accused their rivals of being “Zionists,” as doing so has become a cornerstone to populist rhetoric in a country rife with conspiracy theorists.

However, developments over the past two years have resulted in less sympathy for Gazans, mostly due to the way in which Egyptian authorities and the general public have regarded Hamas. While the Muslim Brotherhood’s relationship with Hamas proved to be an asset for Morsi in leading efforts to create conditions for a 2012 ceasefire, that same relationship proved to be a political liability in Egypt both for the Muslim Brotherhood and Hamas. Anger in the media against Hamas grew stronger during Morsi’s presidency, when the president was accused of exporting electricity to Gaza in the face of an energy crisis at home, an allegation then Prime Minister Hisham Qandil denied. Additionally, Hamas’ standing in Egypt is inevitably linked to the standing of the Muslim Brotherhood, which is now considered a terrorist organization by the Egyptian government.

Over the past few years, the Egyptian media has increasingly shown its willingness to play politics. Even before Morsi’s ouster, television channels, whether they supported Morsi or opposed him, promoted narratives that conveyed certain political stances. In July 2013, channels supporting Morsi were abruptly shut down and most of the remaining media outlets parroted the narrative promoted by the government. This included heated rhetoric against Hamas, and some presenters even lashed out at Palestinians and other Arabs in general, accusing Arab refugees in Egypt of actively backing the Muslim Brotherhood. As security in Sinai continued to deteriorate, the media largely blamed the Muslim Brotherhood and Hamas for carrying out the attacks as retaliation for the overthrow.

Hamas has also faced legal action by the Egyptian government. Last March an Egyptian urgent matters court ordered the ban of all activities of the Gaza-based group inside Egypt and the confiscation of its Cairo offices. The leadership of Hamas, which often visited Cairo in 2012 and 2013 and held press conferences in the Egyptian capital, were no longer welcome guests when the new Egyptian government’s self-proclaimed “war on terrorism” appeared to target groups like it.

Members of the group are also standing trial with senior Muslim Brotherhood members, including Morsi, in high profile cases that allege espionage and aiding a prison break that occurred in January 2011.

This increasingly negative view of Hamas has been reflected in media framing of Gaza. Many Egyptians and the media have conflated views on Hamas with the Palestinian and Gazan struggle, especially as public hatred of Islamists in Egypt continues to foment. This element has long existed in Egypt, as was seen last year when television presenters alleged that the Brotherhood had boosted numbers at the Raba’a al-Adaweya sit-in with Palestinians and Syrians. It was also evident when refugees from these countries were subject to increased security restrictions and detentions following Morsi’s ouster.

As early as September 2013 presenters including Ahmed Moussa and Tawfik Okasha were calling on Al-Sisi himself to order airstrikes on Gaza. Amany Al-Khayat, a presenter with ONTV, created an international incident when she criticized Morocco’s stance on Gaza, stating its king had cut a deal with Islamists and claimed the Moroccan economy was based on “prostitution.” ONTV suspended Al-Khayat and the Egyptian Ministry of Foreign Affairs released a statement distancing Egypt’s stance toward Morocco from the inflammatory remarks.

As such, the commentary of many Egyptian media personalities reveals much more about domestic Egyptian politics than it does about on the ground developments in Gaza

Not all media personalities have been as supportive of Egypt’s stance or Israel’s operation in the Gaza Strip. Shortly after Israel’s offensive began, television presenter Amr Adib surprised his viewers by lambasting President Abdel-Fattah El Sisi and his administration for not doing enough to aid Palestinians:

“The Egyptian response is not at the required level at all both from the presidency and the Ministry of Foreign Affairs,” said Adib, who has strongly supported the Egyptian government over the past year, before the death toll in Gaza had even reached three figures. “I tell Abdel-Fattah El Sisi that all the bodies and [lost] souls are on your conscience,” he added.

However, Adib later eased his stance when the Egyptian military sent aid to Gaza and admitted some Palestinians for treatment at Egyptian hospitals. “Egypt’s position is respectable and I’m happy with it,” he said as the channel played footage of Egyptian military trucks emblazoned with “a gift from the Egyptian people” making their way through Sinai.

Ultranationalist presenter Tawfik Okasha, who often capitalizes on public hatred of both Zionism and Hamas (even inexplicably characterizing the latter as being Zionist), at first described the Israeli offensive as a “play” between the two groups, alleging that Hamas and Israel had collaborated to create the bloodshed. However later Okasha changed his tone and said he “saluted” the Israeli government and people for going after the Islamist group.

“Let Gaza burn with those in it,” said Okasha.

Israel reportedly jammed Hamas’ television channel with segments of Okasha’s program in which he strongly attacked Gaza and Hamas.

Many media outlets across the globe are known for their stances and biases when it comes to Israeli-Palestinian conflict. And while many of these cases can be explained by the ideologies of these networks, media outlets in Egypt are less bound to such ideologies and instead possess stances that best correspond with domestic political narratives as they develop and change.

As such, the commentary of many Egyptian media personalities reveals much more about domestic Egyptian politics than it does about on the ground developments in Gaza. As the Egyptian media continues to shape its position in a restricted and repressed landscape, it realizes that its approach to Gaza will not only have a role in influencing Egyptian public opinion about the conflict, but also about the Egyptian government itself, its policies, and the way it has dealt with dissent.

As long as the Egyptian state and the media perceive Hamas as a threat to Egyptian national security, and as long as Hamas remains a driving actor in Gaza, state and media discourses are not likely to express much genuine sympathy for the rest of the Gazan population. Like much of the world media, the Egyptian media has blurred the lines between Hamas and the greater Palestinian population. However, Egypt’s proximity to the conflict means that Egyptian public opinion of Palestinians has stronger repercussions.

While the Rafah border crossing continues to open and close sporadically, suffering residents of Gaza are unlikely to garner much sympathy from the Egyptian media as long as Hamas and the Muslim Brotherhood continue to be the focus of pro-government narratives.

Like most issues that should be considered human rights matters, the plight of Gazans has become part of a domestic political battle in Egypt with the country’s media at the forefront, largely using developments to support the Egyptian government’s actions in dealing with the Rafah border crossing and suppressing dissent at home.

Egyptian newspapers and television channels, which have generally fallen in line with government narratives over the past year, still sometimes convey sympathy toward Gazans. However this will never come at the expense of honestly critiquing Egypt’s role in negotiations, the Rafah border, or curbing the general animosity directed at Hamas. The mainstream media then, sees the Palestinian-Israeli conflict the same way the government does: a tool for drumming up popular support and political points while simultaneously using it to justify and bolster arguments concerning Egypt’s domestic political scene.