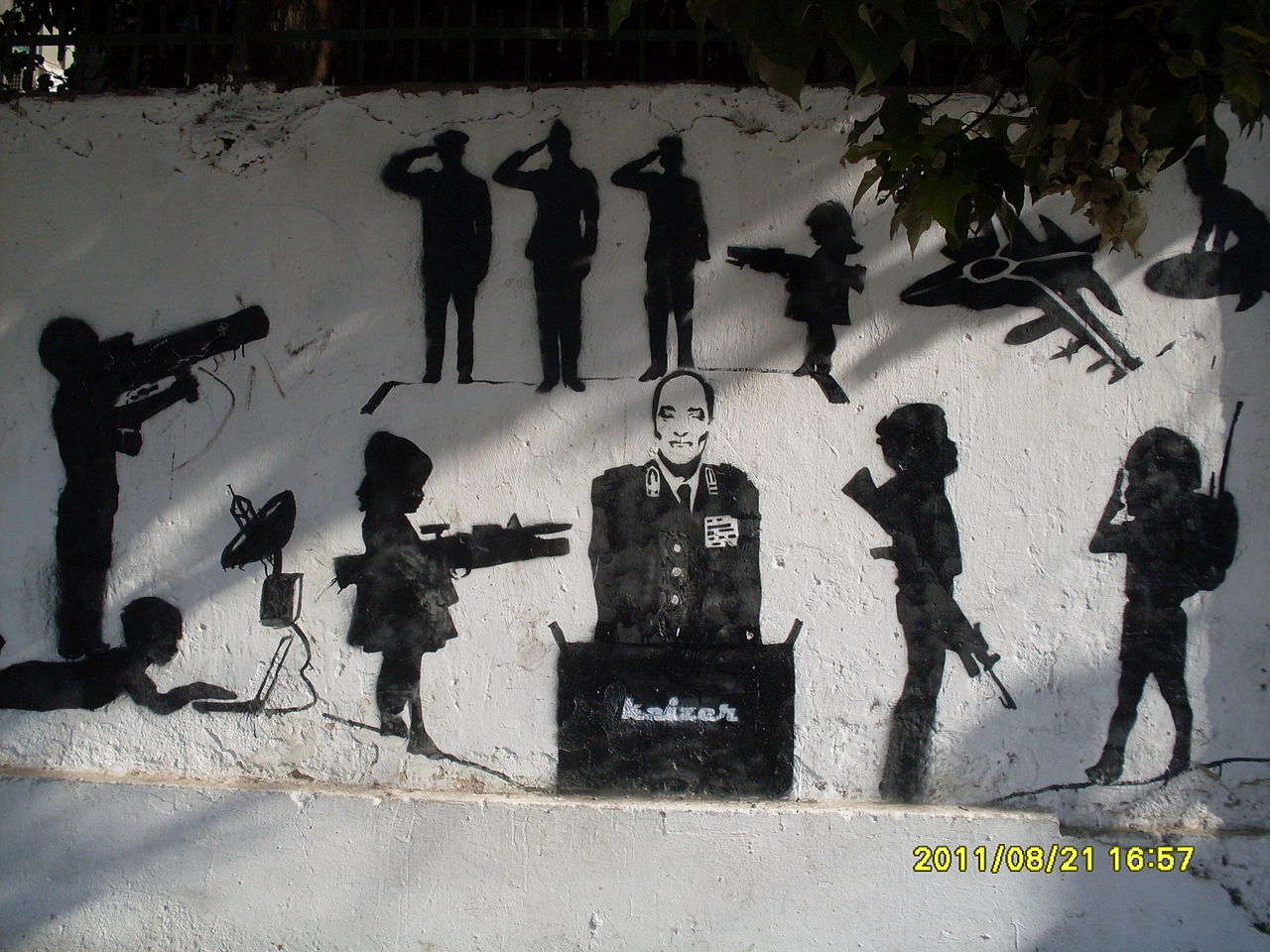 In January, Cairo witnessed its most important annual cultural event: the Cairo International Book Fair. In terms of the number of participating publishers, the Cairo Fair is considered one of the largest of its kind not only in the Arab world, but globally. Various other cultural events occur in tandem with the Fair, further enhancing its importance.

The Cairo International Book Fair has a long history, and it has always been the scene of events with interesting social and cultural implications. In the 1970s, the Fair witnessed the boycotting of, and other attacks against, Egyptian poet Salah Abdul-Saboor, an employee of the Ministry of Culture at the time, due to the rumored participation of an Israeli delegation to the Fair. The crisis was resolved when the Israelis were stopped from participating in the Fair; to this day, no Israeli delegation attends. Part of the resolution to the standoff included the state cutting ties with Abdul-Saboor, who lived out his life as an outcast from both the official and opposition cultural scenes and as a symbol around which formed groups that would later be known as the popular committees against normalization with Israel.

In the 1980s, the state tried to use the Fair in its war against terror and to spread the culture of “enlightened” Islam. This resulted in opening the halls of the Fair to the leading sheiks and symbols of the Islamic movement at the time, starting with Shaarawi all the way to Mohamed al-Ghazali. Al-Ghazali’s involvement in the Fair came along with his excommunication of Farag Fouda, which led to the latter’s assassination. During their trial, the youth who carried out the assassination recalled the fatwa issued by al-Ghazali allowing the killing of Fouda, a fatwa he issued from the Book Fair, the heart of the most important enlightenment project started by the state to fight the thoughts of extremism and terrorism. The events surrounding the Fair in the 1980s all shed light on how fragile and unstable the “centrist enlightenment” project the state tried to introduce was and how, at its heart, the state’s enlightenment project was even more suppressive and authoritative than extremist Islam.

The mastermind behind this project was Egypt’s Culture Minister from 1987 to 2011, Farouk Hosny, not only for serving a once-record five times as Minister, but for laying down his infamous “barn/fair” strategy. Hosny widened the Ministry’s administrative structure, turning it into a vast institution. The most important branch of the institution that Hosny created was the “Cultural Palaces Administration,” a network of cultural centers covering a vast area, including both rural and urban zones, designed in the 1960s Soviet style of centralized culture hubs.

In Egypt’s 2008/2009 budget, the Ministry of Culture received 1.446 billion pounds, most of which was distributed among the Ministry’s 90,000 employees. In a department such as the Supreme Council for Culture, which includes a number of committees, each including dozens of intellectuals who are supposed to get together occasionally to ratify the state’s official cultural decisions, one finds instead that their recommendations and decisions have no real power. In addition to that, the salary for Council employees, as well as their fees for attending meetings, reached up to 14 million pounds. This was the “barn” aspect of the strategy, turning the Ministry into councils that issue bonuses and salaries for Egypt’s intellectuals and elite class, thereby integrating them into the state apparatus and the regime’s control schemes.

As for the “fair” aspect of the strategy, it was crafted to render Egyptian culture into one of museum pieces and folkloric scenes. This was done by promoting all that is museum-ready, reflecting Egypt’s distant past (which, not coincidentally, is what the West in general imagines when thinking of Egypt). A special focus was made on the Pharaonic era of Egypt, including the opera Aida. This was all done in a desperate attempt to create a virtual identity of Mubarak’s Egypt as a peaceful woman in a green dress carrying a stalk of wheat to present to Mubarak. This is the Egypt that was presented in the fancy caricatures and illustrated books printed by the Ministry about Mubarak and his accomplishments.

Hosny jumped ship after the January 25 revolution, with Dr. Emadeddin Abu-Ghazi taking over as Egypt’s Minister of Culture. Taking up the dreams and aspirations of the revolution, a number of intellectuals tried—some of whom are still trying—to dismantle the Ministry of Culture or to rid the cultural scene of the state’s centralization and authority. These attempts were principally focused on enhancing the independent authority of the Supreme Council for Culture (set apart from the Ministry) and handing the administration of the Ministry’s various cultural centers to local governments, thus allowing the people to use them to express their culture and putting an end to their status as buildings that assert the state’s authority in, and control of, the cultural sphere.

All these attempts at reform were unsuccessful until Dr. Mohamed Saber Arab took the helm as Minister of Culture. In spite of events in Egypt over the past three years, Arab served as Minister during the Supreme Council of the Armed Forces era, during part of the time when Muslim Brotherhood was in power, and during the current transitional era, which has seen the return of the military to power.

At a symposium during the Book Fair, while talking about the strategy of the Ministry of Culture, Saber Arab said that “there is no time for democracy during the circumstances and times that the country is going through.”

The answer is simply that Arab understands that the constitution is nothing but a farce. This is no time for actual democracy, but it is the perfect time for a pretend democracy, to pretend that he is the Minister of Culture, and to pretend that this is simply a book fair, an independent, cultural event. During the cabinet deliberations on clearing the pro-Muslim Brotherhood sit-ins at Raba’a and Nahda Squares in August, the Minister of Culture was spearheading the argument for using the utmost force to break up the sit-ins, an approach that predictably led to the resulting massacre. 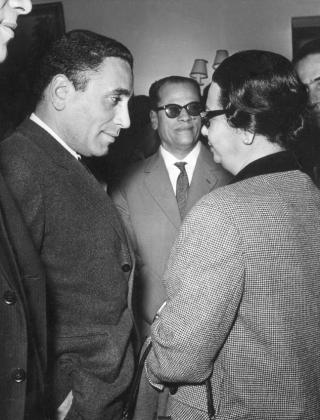 Arab is not alone in his stance, however. You can find dozens of Egyptian authors and intellectuals who have publicly announced their support of the expected presidential bid of Field Marshal Abdel-Fattah al-Sisi, arguing that this is no time for democracy. The list of names extends all the way from Mohamed Hassanein Heikal to Ibrahim Eissa. This group has a lot in common. They belong to the 1960s generation, the sons and daughters of the outdated Nasserist experience, which they thought might be making a comeback. They are like zombies who disappeared in the 1970s and who now are rising from the ground, bearing the same old ideas and the ambition to run Egypt according to the same old methods. Their power seems to be stronger and more easily traceable in the field of culture.

Presidential Advisor Ahmed al-Musalamani recently called for ceasing the production of “blue [depressing] cinema,” arguing that the current Egyptian cinema scene promotes drug use and absent minds. With that statement (and other actions), we can see how the army’s Moral Affairs division, and even the office of Field Marshal Sisi himself, interferes in the intricate details of Egyptian art and culture.

A few months ago, Field Marshal Sisi held a meeting with a number of Egyptian artists. The gist of his instructions to those assembled was the necessity of the return of theatre productions to show the world that life was continuing normally in Egypt. Theatre had stopped in Egypt except for a few brave experiments here and there, and the state theatre has no budget to continue. With Sisi’s call, however, artists, especially the highest-paid among them, started agreeing to participate in state theatre productions for meager salaries. This is how posters for shows produced by the state theatre returned to the streets, with A-class stars participating, sponsored by the office of the Field Marshal.

This, then, seems to reveal the battle plan chosen by the Field Marshal. TV, theatre, music, and literature—these are the weapons, and the battlefield is the minds of Egyptians. With canned book fairs and empty theatres, Egypt will convince the world that everything is fine and that everyone loves Sisi.

The Minister of Culture said that this is “no time for democracy” while songs celebrating Sisi and calling on him to run for president blare across TV screens. With every national event, we find theatrical celebrations filled with stars singing to Sisi, with Sisi then remarking, “Don’t you know that you’re the light of our eyes?”

As for the growth of freedom witnessed by civil society and independent production houses alike over the past few years, a reversal has occurred. The graffiti has been scrubbed off the walls, independent bands’ concerts are limited due to “security reasons,” and during the Book Fair, security forces interfered to take Rami Essam off the stage and cancel his concert. Meanwhile, cultural institutions tiptoe around anything political. Even artists themselves are living in confusing times. As Sara Refki, manager of the Beirut Gallery, said in the handbill for the opening of the Gallery’s new season, “We have learned that this is no Spring.”

Lousy nationalist songs and cheap propaganda may help to create the strange image we see on most Egyptian television screens, with children holding military boots above their heads and men of various ages fawning over photos of Sisi in Tahrir Square, calling out “We love you! We love you, Sisi!” Any propaganda, however, has an expiration date, and this hysteria of a great Egypt and Sisi as its savior has no real ground to stand on.

Sisi, even with his army and his Interior Ministry, is unable to protect his forces from attack. The Egyptian economy, dependent on lifelines and gifts from the Gulf, is in no state to foster sustainable development. At any moment, this media screen and cultural propaganda may collapse, revealing the truth in all its glory.

Related Content
Music in Egypt in the Last Decade: Hit and Run with the Authorities Analysis 05/03/2021
On Ahmed Naji Analysis 02/23/2016
The Jewish Quarter: A Missed Opportunity Analysis 07/21/2015
Between a Rock and a Hard Place: The Fate of Revolutionary Art in Egypt Commentary 10/31/2014
Art as Political Expression Commentary