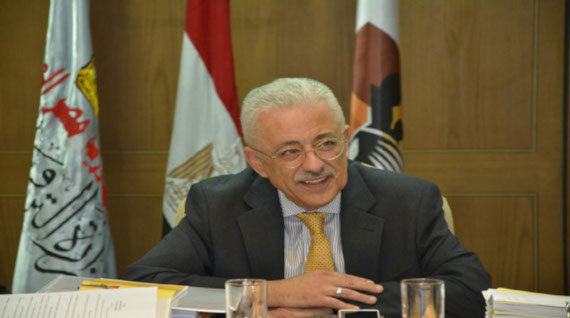 During the Egyptian National Youth Conference last month, President Abdel-Fattah El Sisi declared 2019 “the year of education,” hailing the government’s plan for education reform. Yet when asked why a much-needed increase to teachers’ salaries was absent from the reform package, Sisi responded by saying that increasing their salaries by 1,000 Egyptian pounds (LE), or $56, would total LE16 billion—an amount that would overload the budget. Over the last decade, Egypt has received billions of dollars in external investments, loans, grants, cash transfers, and development projects, but only two initiatives have focused on education, and the first of those failed to achieve its goals. Moreover, education has comprised only a small portion of Egypt’s budget, while the government has allocated or borrowed billions for spending on megaprojects. This raises the question as to whether the government does have the fiscal space to increase spending on education and the political will to enact reforms. With education widely viewed as a “silver bullet” for creating a modern, successful economy and improving quality of life, increasing education spending drastically, in line with that of other countries, is a priority for long-term success of Egypt’s reform projects.

The State of Education

The World Economic Forum’s Global Competitiveness Report for 2017–18 ranked Egypt’s quality of primary education 133rd out of 137 countries measured. Yemen, consumed by civil war, ranked only two places behind, at 135. Quality of the higher education system fares only slightly better: Egypt ranked 130th, while Yemen ranked 133rd. By contrast, Lebanon, with its own history of political instability, ranked 15th in primary education and 18th in higher education. In 2011, only 3.5 percent of gross domestic product was spent on education, which equaled about $300 per student annually. Education spending was increased only nominally over the next five years. The meager funds amid budget constraints, combined with a large and increasing young population, creates extreme negative pressure on the quality of education.

On the surface, Egypt’s education is free: However, the inadequacy of public education has made private supplementary education necessary, with 42 percent of household expenditure on average going toward after-school tutoring or lessons. This now standard practice has devastating implications for Egypt’s education system. Students often drop out of school because their families cannot afford private tutors. Simultaneously, a massive skills drain takes place, as adept teachers opt to teach private lessons for higher salaries, rather than in public schools. According to World Bank research, an average teacher salary of 3–3.5 times the GDP per capita is conducive for a productive education system. In Egypt in 2012, the average general education salary in 2012 was about 1.6 times the GDP per capita. In 2017, the average teacher salary had fallen to LE86,000 ($4,800), which is 1.3 times the GDP per capita. If teachers’ salaries are continually ignored, the state will fall short of qualified educators; fewer will study education, and skilled teachers will choose private tutoring or other careers instead.

Egypt’s classrooms—particularly in primary school—are notoriously overcrowded, especially in denser regions such as Cairo, Giza, and Alexandria. In Sixth of October City, for example, 2013 data shows an average of 46.7 students per teacher, whereas in Cairo, the average is closer to 30. While rural communities have significantly smaller classroom sizes, quality of education tends to be much lower, with some classrooms comprising multiple grades. The administration is moving in the right direction, with a deal signed to use $140 million to build 2,500 new schools, but with Egypt’s exponentially growing and currently underserved young population, it may not be enough.

The higher education system suffers similar ails, indicated by a 2015 event of students burning their higher education degrees in protest to joblessness. Overfilled classrooms lead to students choosing private tutors, while underfunding is reflected in outdated equipment and facilities. Most concerning, despite high unemployment rates, many skilled jobs are left unfilled as university graduates have not the soft skills, technical abilities, and training necessary for these positions.

Egypt’s current education reform plan will receive a $500 million disbursal from the World Bank over five years, with the remaining $1.5 billion coming from the state. On paper, much of what the reform promises appears to be just what the system needs. The new reform plan will center on amending the style and structure of Egypt’s system: Standardized tests will be implemented for accountability, and mechanical memorization will be eliminated. GPA will no longer stem from a year-end exam, and will rather be calculated from five best scores of 10 open-book tests. The new curriculum will introduce electronic learning systems and focus on improving critical thinking skills. Importantly, teachers will receive additional training and their working conditions will be improved.

The government’s new budget for fiscal year 2018­–19 is expected to allocate LE115 billion to education, up only 8 percent from the previous budget allocation of LE106.5 billion. The two preceding fiscal years saw 13 percent increases. Factoring in a projected GDP growth rate of about 8 percent, combined with an inflation rate that peaked at about 33 percent in 2017, these increases are nominal at best, and in the case of the most recent education budget, actually decreased from the previous year. As a component of GDP, the LE115 billion figure only represents 2.4 percent—much lower than the 4 percent constitutional requirement. Measuring up the FY 2018–19 allocation against the 25 million students in primary, secondary, and higher education institutions amounts to $260 per student for this upcoming fiscal year—a decline from the $300 spent on average per student in 2011.

Of additional concern is that the Egyptian government partnered with the World Bank to undertake a similar education initiative from 2007 to 2012. This program stressed many of the same goals as the current push for change, such as structural reforms, increased teaching proficiency, and reducing rote learning. That program brought limited results; rather, it seems that the education system deteriorated under that plan, scoring last in quality of primary education from the World Economic Forum’s 2013–14 Global Competitiveness Report. While this was a time of political turmoil in Egypt, the rankings steadily dropped from 2007 to 2010, as well.

The decreases in teacher salaries and education spending can be explained partially by Egypt’s extensive borrowing. In 2017, gross debt peaked over 120 percent, with high-interest domestic borrowing proving burdensome on the state budget. For FY 2018–19, interest payments alone are projected to encompass nearly 55 percent of all revenues. By another estimate, these payments are to account for as much as 10 percent of GDP. Not only does this expensive debt servicing take away from education expenditure, but health care, food programs, cash-transfer initiatives, and other valuable social spending is substantially strained. Consequentially, the government must borrow more to afford this interest, caught in a spiral of borrowing and eroding social expenditure.

But despite Sisi’s claim that the government does not have the fiscal space for an increase in teachers’ salaries or for a more robust reform package, the government does appear to already have the capability to increase spending on education, should it choose to prioritize this investment in the country’s human capital. Government spending and borrowing patterns have barely indicated fiscal tightening in the last several years. The Egyptian government recently borrowed $25 billion from the Russian government to build the country’s first nuclear power plant, set to cost over $31 billion. The new Suez Canal project has a cost of about $20 billion, with half of the cost financed through borrowing, and the new administrative capital will cost a further $45 billion.

Officials have claimed that borrowing and spending for these megaprojects is necessary to increase state revenues or stimulate the economy. Conversely, education is less immediately lucrative for the government, wherein its benefit is spread throughout society. These projects theoretically have visible short-term future returns, whereas the return on the investment of education is long-term, and obscured by the inability to measure the exact correlation to economic growth. However, the crucial role education plays in sustainable and productive growth has long been documented by economists.

Considering the dilapidation of Egypt’s education system, it appears the government is failing to devote enough energy or funds to its reform. The government is spending less on education than the world; as Egypt is starting from behind, merely catching up requires a more drastic education budget, and excelling would require something more. If the government wants to substantially improve the economic standing of the whole of society—not just for the next five, but for the next 50 years and beyond—the education system is going to need more than a package of positive rhetoric and pocket change. Further, the failure of the World Bank-backed plan in 2007–12 shows that money alone is insufficient to address its systemic inadequacies. To improve Egyptian public education, the government needs to devote both political will and budget resources to address the myriad problems facing it.