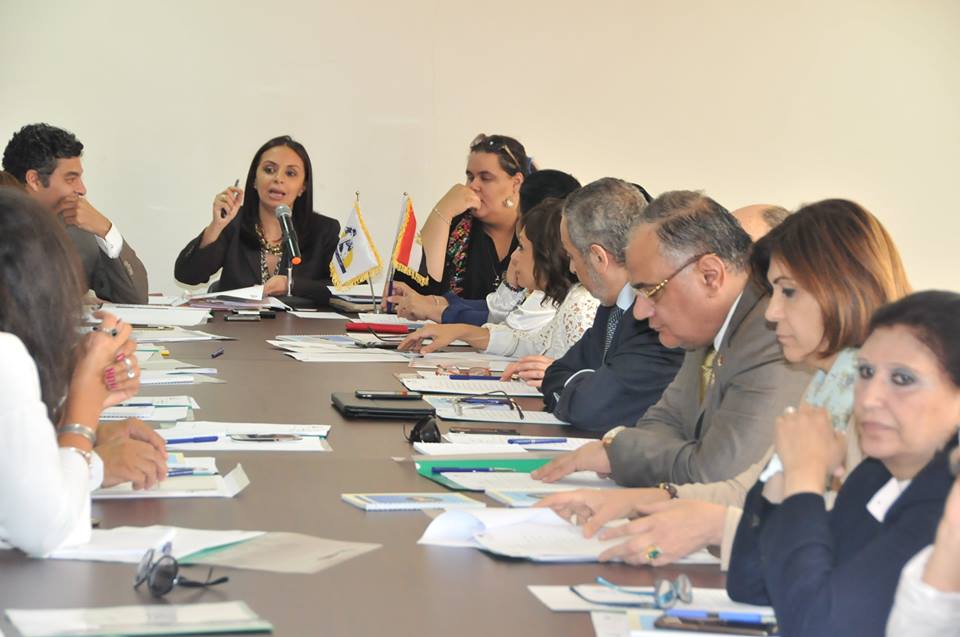 The Egyptian women’s movement is one of oldest in the Middle East, dating back to 1923 and full of influential and inspirational figures. In addition to civil society organizations that champion women’s issues, Egypt also has the National Council for Women (NCW), the only government body dedicated solely to addressing the issues and concerns of Egyptian women. Both the NCW and women’s organizations across Egypt work to address the formidable problems facing Egyptian women, including sexual harassment and violence against women, female genital mutilation, and low female political representation. However, civil society organizations in Egypt today, including those focused on women’s issues, are battling to continue their work amid increased government harassment and a crackdown on their activities. With civil society groups currently facing government sanction, and with the NCW tasked by the state with disseminating its agenda over advancing women’s causes, the opportunity to tackle the root causes of many of the issues facing Egyptian women today is lost.

Given this crackdown and the resulting narrowing space for civil society, can the NCW carry the torch forward on behalf of Egyptian women? With a presidential reshuffle of the council in early 2016, it is important to ask if the NCW’s governmental ties will force it to function as an extended arm of the government. Can it take a firm stance in advocating for the true needs of Egyptian women?

Established by presidential decree in 2000, the NCW is composed of 30 members drawn from government, academia, and civil society. The membership of the council reflects its close relationship with the state: its first head was Suzanne Mubarak, wife of then-President Hosni Mubarak, and the chairwoman of the council from February 2012 until February 2016 was Mervat Tallawy, a former diplomat, civil servant, and minister. Other ministers have also been seated on the council, including Minister of Social Solidarity Ghada Waly, whose ministry has shut down hundreds of NGOs since 2013. The recent reshuffle of the council has yield a newly elected chairwoman, Maya Morsy, who has long worked for U.N. Women and the United Nations Development Program.

The council’s initiatives since 2013 to counter terrorism raise questions regarding state influence on the council’s agenda. A document entitled Women and Terrorism on the council’s website details the roles which women, primarily as mothers and wives, can play in combatting extremism. The report devotes a great deal of attention to the Muslim Brotherhood’s relationship with women, accusing the Brotherhood of using women in violent university protests, while also criticizing the Brotherhood’s “degradation of women.” The paper goes into great detail describing Brotherhood restrictions on women’s rights during the presidency of Muhammad Morsi, deviating from the previous discussion of women and terrorism. The ending lines of this section of the report reveal a strong connection to the regime narrative, describing how “as women felt their rights being taken away from them, they did not hesitate to take to the streets on June 30 to get rid of the government that had degraded them in every way possible… and end terrorism in Egypt.” This politicized approach to the role of women in society affirms concerns that NCW is using its platform to advance the state’s narrative over focusing on dismantling the structural barriers limiting women’s empowerment and engagement.

Most disappointing is the council’s recent denouncement of the renewed crackdown on NGOs, which at first seemed to be a pleasantly unexpected surprise. However, a closer reading reveals that it does not actually denounce the government’s campaign against these organizations. Rather, it reaffirms its support for organizations registered lawfully under the laws governing civil society in Egypt, disregarding the global condemnation of these laws as draconian. The statement further adds that the legal system in Egypt guarantees a fair trial according to international standards.  The council’s statement concludes by highlighting the importance of the role that civil organizations perform in the advancement of women’s empowerment, yet the statement overall does not support these important groups. (The groups have, indeed, solicited support from NCW in the past.)

The NCW has worked to address the pervasive sexual harassment and violence against women in Egypt. Under Morsi, the NCW drafted a law intended to address violence against women. In June 2014, the government, in partnership with the NCW, issued a 12-step national action plan for combatting sexual harassment and assault. During Eid al-Adha in 2014, the council announced that it would offer a hotline for women to report cases of sexual harassment and assault. And in January 2015, the NCW partnered with the UNDP to combat violence against women, primarily by teaching Egyptian officials best practices from other countries. Yet while the council has supported and carried this key issue forward, it has done so without cooperating with Egyptian civil society organizations working on the issue. Those groups, while praising the creation of a law criminalizing sexual harassment, have criticized the law’s shortcomings, as it neglects other various forms of gender-based violence.

Unfortunately, the NCW has remained silent on the issue of sexual violence and harassment by security forces. The council’s reticence on this topic is particularly lamentable given a documented increase in the problem since the military takeover in July 2013. In a November 2014 interview, Tallawy claimed that female detainees were living better inside prison than they were on the outside, leading to criticism from the Egyptian Initiative for Personal Rights, which commented that the NCW was “more concerned with protecting the regime than protecting the rights of women”. In an interview with PBS Newshour, former council member Dr. Naglaa al-Adly defended the notorious virginity tests by Egyptian state security forces, claiming that they were “some type of protection for the women themselves.” Dr. Adly further linked the tests to the state system itself, saying, “It’s a rule… I have to obey the rule and the law.” The NCW’s support in February 2016 of a woman who was assaulted by a police officer in a metro car is a step in the right direction; however, their lack of movement on the larger issue of security forces’ violence and harassment of women has been disappointing. The council’s failure to condemn these assaults implies that the violence is being tacitly condoned.

The NCW has an opportunity to strive to fulfill its mandate to represent Egyptian women. It cannot, however, do so in a genuine manner if it continues to function as an arm of the state rather than as an empowered body. The council’s lack of condemnation of violence against women by security forces, and the renewed crackdown on civil society, including organizations that have championed women’s causes, is an indication of the regime’s influence on the council’s mandate and organization. The recent reshuffle of the council’s members, and the election of Maya Morsy as its chair, has provided an opportunity for the council to take on a more courageous role in advocating for the needs of all Egyptian women than its predecessors have.