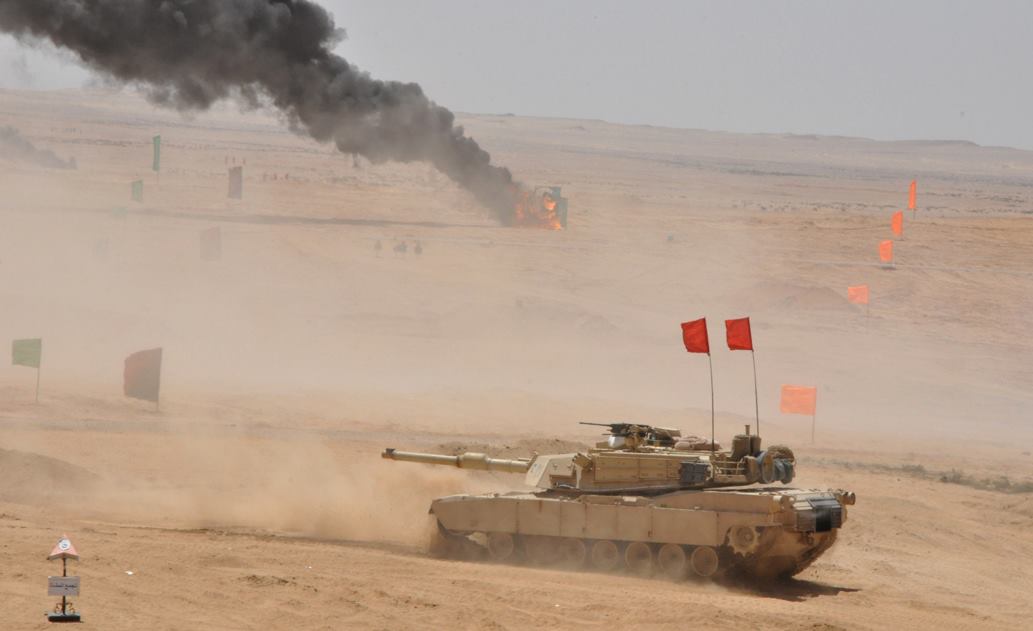 This photo was taken from the Egyptian Military Spokesperson Facebook page.

There is no doubt that Egypt is currently facing security challenges. Violent attacks on state and civilian actors occur almost daily in the country, and while there was a peak in July and August of 2013, these attacks show no sign of slowing. The coordinated attacks of October 24, 2014 that left 28 dead in Sinai are a chilling testament to this fact.  These attacks—the deadliest in over a year—occurred the same week as bombings at Cairo University, demonstrating that this is not a localized threat.

In response to these serious threats, the Egyptian state has fully engaged in a self-proclaimed “war on terror,” one that has required not only the state’s security efforts, but also subsumed the judicial, political, media, and rights arenas as well. Most recently, in the wake of the October attacks the state imposed a three-month state of emergency in North Sinai.

And yet, remarkably little independent data exists through which to examine trends in terror violence and gauge the efficacy of Egypt’s security policy. The majority of prior research in this field has been focused on the restive Sinai Peninsula, where organized jihadis have been engaged in violence for decades. However, as our data indicates, this focus fails to capture the steady increase in terror violence throughout the rest of Egypt, particularly in Greater Cairo and increasingly at Egypt’s western border.

Furthermore, many recent analyses have focused heavily on the period after the ouster of former President Muhammed Morsi (in July and August 2013), as a catalyst moment in the proliferation of terror violence. While it is true that the security situation during this period was qualitatively and quantitatively unique in the marked increase in violence, viewing the current security situation as a product of a single moment fails to account for the root causes and contextual conditions in which terror violence grows and in which it must be combated and prevented.

The following report was developed as a part of TIMEP’s Egypt Security Watch project. In this project, through our unique efforts to aggregate the most up-to-date and comprehensive data and contextual analysis, we explore not only the dialectic relationship of terror acts and state response, but also the larger political landscape in which these developments occur. This report was written in the interest of covering the first phase of the project, providing the data necessary to dig deeper than causal explanations for the proliferation of terror violence and to make sense of the ways in which Egypt’s war on terror has and has not been effective.

As part of our mission at TIMEP, we are committed to supporting citizens’ and societies’ rights to the restoration and primacy of the rule of law; the equality of all citizens before the law; access to fair and swift justice; respect for human rights, including freedom of expression and of religion; and the protection of civil and political liberties.

The collected data, its findings, and the recommendations herein are intended to better inform policy makers in their efforts to develop and encourage effective strategies to eliminate the threat of terror violence in Egypt while avoiding social and economic costs.

Addressing a legitimate security threat and ensuring a safe and democratic society is of interest to any policy maker around the globe today. The Egypt Security Watch project in totality is intended to provide them and the general public with the data that they need to be able to make effective judgments to counter a legitimate regional security threat without undermining democratic development.  We hope that this report will trigger a wider conversation among experts, analysts, and policymakers about the best possible ways to deter the increasing threats of terrorism without compromising rights, freedoms, and the rule of law. 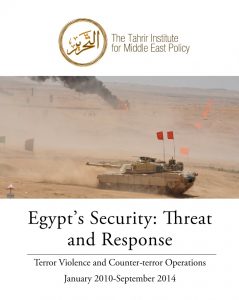