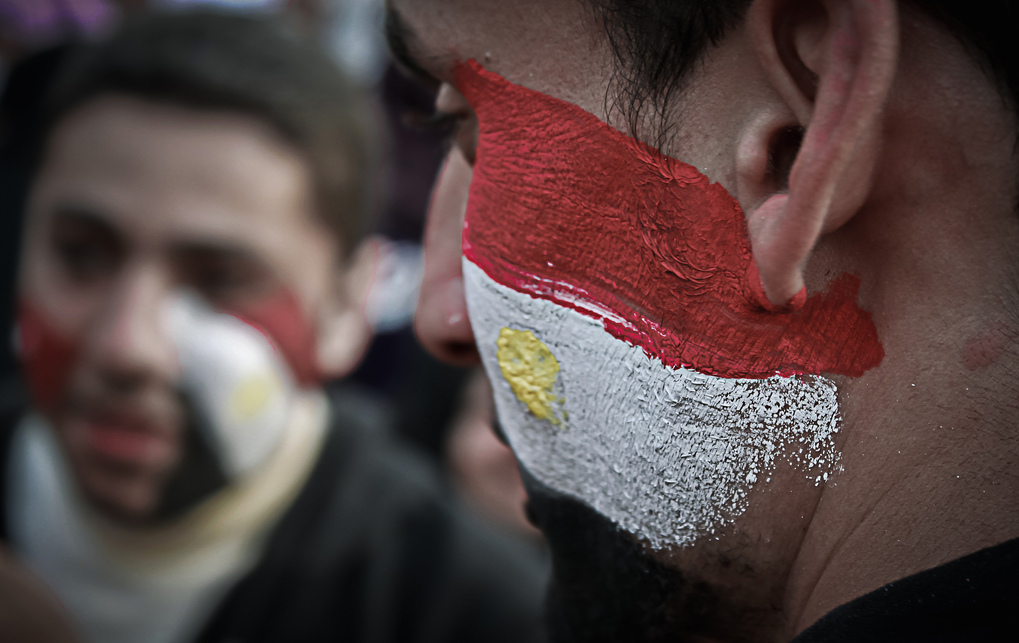 On January 13, 2014, Ashraf Shahata, originally trained as a lawyer, went to the private school that he had helped establish in Kerdasa, Giza. He parked his car, went inside to meet one of his partners, and was last seen walking out the back door of the building while talking on his cellphone. Minutes later, his phone was turned off and he was nowhere to be found. Now, more than one year and ten months later, Shahata’s family has been unable to locate the father of three. Although rumors abound regarding his potential detention at Homeland Security, his wife has received no confirmation about her husband’s status; she has spent countless hours at hospitals, police stations, and government buildings to no avail.

But Shahata, whose wife says he was formerly a card-carrying (but relatively inactive) member of the National Democratic Party and a participant in a number of public demonstrations against the Muslim Brotherhood, is not alone. Activists have reported a rise in forced disappearances in Egypt since November 2013, with even higher spikes recorded more recently. International law defines persons detained under this phenomenon, also known as enforced disappearances, as those

arrested, detained, or abducted against their will or otherwise deprived of liberty by government officials, or by organized groups or private individuals acting on behalf of, or with the direct or indirect support, consent, or acquiescence of the government, followed by a refusal to disclose the fate or whereabouts of the persons concerned or by a refusal to acknowledge the deprivation of their liberty, which places such persons outside the protection of the law.

Persons subject to forced disappearances are held without documentation, charge, or referral to trial, empowering authorities to fully deny possession of the detainee in question and to torture the victim, harass family members, and violate due process without accountability. Abducted persons are often kept as “disappeared” until they become willing to confess to a particular crime as a result of overwhelming torture. Between January and October 2015, non-governmental organizations documented at least 1,411 cases of forced disappearances in Egypt. Of the cases documented this year, the locations of only 332 of the abducted persons have been identified or admitted to by authorities.

While some abducted persons reappear and are eventually charged by authorities, their anecdotes are equally egregious. Photojournalist Esraa al-Taweel, 23, was kidnapped on June 1, 2015, when she was out with two friends in Cairo, both of whom have been referred to military trial. Her location was unknown for at least 15 days; it was later discovered that she had been blindfolded and held at a Homeland Security office for the entire time. On June 16, 2015, a visitor who had been at the Qanater Women’s Prison for a different purpose spotted al-Taweel and informed her family. Authorities continued to deny holding al-Taweel until at least one week later, and she remains in pretrial detention today. Though her sister claims that al-Taweel is not a member of any political organization, she has been accused of broadcasting false news and allegedly belonging to the Muslim Brotherhood. She has consistently been denied medical treatment despite suffering a permanent and documented disability after being shot by security forces in the back at a peaceful protest on January 25, 2014.

Last week, non-governmental organizations across Egypt came together to shed light on forced disappearances as a phenomenon that has claimed victims from across the political (and even non-political) spectrum. When asked about the issue, Major General Salah Fouad, Assistant Minister of Interior for Human Rights, said, “With complete confidence…there are no forced disappearances in Egypt, and whoever claims otherwise must provide evidence.” He followed his comment by claiming that Egyptian authorities nonetheless enjoy the right to deprive a person of their liberty under certain circumstances.

But Fouad’s interpretation of the law is incorrect. Under Article 54 of Egypt’s own constitution, personal freedom is a right guaranteed to all persons; unless a person has been caught in flagrante delicto (red-handed), it is prohibited for authorities to arrest, search, detain, or restrict the freedom of any person without a judicial order. Further, the provision guarantees that all detained persons have the immediate right to be notified for the reasons of their arrest, be allowed to contact a lawyer and family members, and be brought before an investigating authority within 24 hours of detention. Article 55 of the constitution requires that all detained persons be treated with dignity and be protected from torture, intimidation, coercion, and physical and moral harm. Further, as a party to the International Covenant on Civil and Political Rights, the Convention Against Torture, and the African Charter on Human and Peoples’ Rights, Egypt maintains an international legal obligation to protect its detainees from torture and cruel, inhuman or degrading treatment, alongside a duty to ensure that arrested persons are guaranteed full due process rights.

Although Egypt is not a party to the International Convention for the Protection of All Persons from Enforced Disappearance, the country’s domestic constitutional and international legal obligations mandate that all persons be detained according to transparent, proper judicial orders and that detainees continue to be subject to treatment that reflects their innocence until they are sentenced. If carried out systematically and as a matter of policy, forced disappearances can constitute a crime against humanity. In its report covering May 2014 to May 2015, the Working Group on Enforced or Involuntary Disappearances, a United Nations special procedure established to investigate claims of forced disappearances, states that it has 124 outstanding cases of forced disappearances in Egypt that it is currently investigating. The working group also expressed its concern regarding “what seems to be a recent pattern of short-term disappearances [in Egypt].”

If this year’s numbers are any indication, forced disappearances will continue to be a means by which Egyptian authorities crack down on the country’s political dissidents, contribute to an environment of fear in which opposition is discouraged, and constrain the constitutionally enshrined rights of citizens. With egregiously lengthy pretrial detention periods and consistent allegations of torture and mistreatment in detention facilities, the Egyptian government bears a duty to investigate and resolve alleged disappearances in conjunction with non-governmental entities. Even more importantly, this should begin a much-needed dialogue on detention practices and Interior Ministry reform.