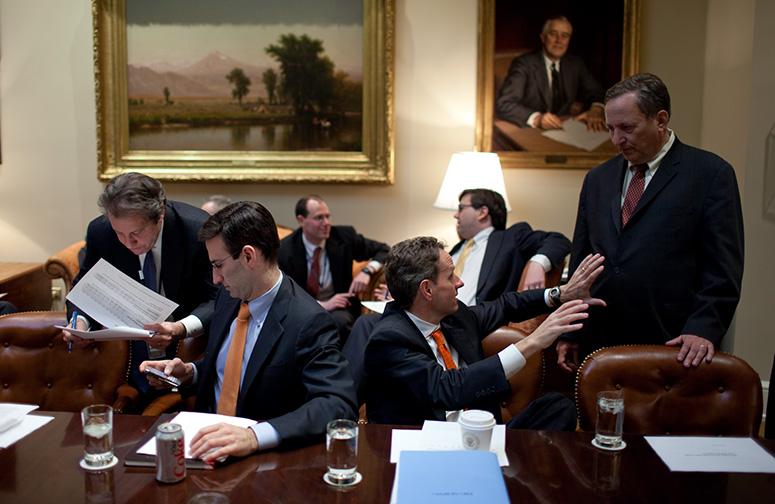 The fiscal year 2017 budget and appropriations process was an opportunity for the United States to reexamine its relationship with Egypt and structure its aid package accordingly. However, the past several months have unveiled a State Department and a Congress that have done little to repair a foreign policy toward Egypt that is mired in U.S. inconsistency, frustration, and trepidation. As we wait for the Senate and House of Representatives to come together on what will likely be an omnibus spending bill in December, the summer is a prime time to examine the 2017 budget and appropriations process within the framework of U.S.-Egypt relations.

In February, President Barack Obama issued the State Department’s 2017 budget request, which rolled back democracy and human rights conditions on the $1.3 billion in foreign military financing (FMF) provided annually to Egypt. These conditions make FMF contingent upon the secretary of state’s certification that Egypt is making progress on rights and freedoms through actions such as releasing political prisoners, holding security forces accountable for human rights abuses, and protecting the freedoms of speech, press, and belief. The removal of these restrictions on American aid may be a recognition of the formality of their presence, as only 15 percent of FMF was subject to these conditions in 2016 and the requirement can and has been waived if the aid is “in the national security interest of the United States.”

After the 2017 budget made its rounds through the House and Senate, two draft appropriations bills were finalized and marked up. The House followed through on the State Department’s request, removing these conditions on FMF, while the Senate halved economic support funding (ESF) to $75 million and included a “cooperation determination” clause which makes these funds reprogrammable to other countries should Egypt chose to interfere them, as it often does.

The 2017 budget process reveals an administration and Congress wary of the negative consequences that come with slapping Egypt on the wrist, even if the criticism is accompanied by millions of dollars in aid. When Secretary of State John Kerry applied the FMF national security waiver in May 2015, his report—which later became public, though he was not legally bound to do so—addressed the “steadily shrinking space for political dissent” and stated that “the overall trajectory of rights and democracy has been negative,” words which reportedly “infuriated” the Egyptian government.

Indeed, many government officials have indicated that offering substantive criticism to Egypt is a punitive approach that will cost the United States the little leverage it has, thus ceding influence to other world powers. Representative Dutch Ruppersberger (D-MD) articulated this point of view to Al-Monitor when the House first moved to eliminate the conditions in last year, rationalizing the decisions by emphasizing the importance of working with our allies, and the perils of China or Russia moving in if the U.S. walked away.

Kerry expanded on this at the Senate’s State and Foreign Operations Subcommittee’s budget hearing in February. He cited “disturbing arrests” and “sentences” as part of Egypt’s failure to meet these conditions in 2016, but ultimately insinuated their unfortunately necessary coexistence with “bombs going off” in Cairo and Sharm el-Sheikh as part of a “huge extremism problem.”

The responses from Kerry and Ruppersberger are problematic for two reasons. First is the relationship between an increasingly repressive Egypt and its security. Kerry’s comments, which went on to address how to “thread the needle” between democracy and human rights violations and Egypt’s security suggest that the two are at odds. The truth, however, is that, as enforced disappearances, extrajudicial killings, incidents of torture, and pretrial detentions have risen, so have the numbers of protests and terror attacks. This is because Egyptian President Abdel-Fattah El Sisi’s approach to rights and freedoms has led and continues to lead to increasingly fewer peaceful channels for resistance, as more actors explicitly state they will only achieve justice through violence.

The second false choice that the U.S. appears to be working under is “to punish or not to punish.” Ruppersberger addressed the need to “work” with an ally, but instead, the Obama Administration has fluctuated between statements of concern and support, decisions to halt aid and resume it, or reports that allow FMF to continue while offering harsh criticism. This is far from “threading the needle;” rather, it is a collection of over-corrections.

A constructive approach to ESF and FMF

The 2017 budget and appropriations process has fallen in line with these binaries, demonstrating the government’s continued trepidation and equivocation. Passing the Foreign Aid and Transparency Act, a commitment to end cash-flow financing, and restructuring FMF are ideal adjustments but they fail to view Egypt-U.S. relations constructively. These four new categories for FMF merely hone language that already exists within FMF provisions. How will this substantively address Egypt’s security threat? Moreover, what incoherent message does it send when these adjustments are in the context of 2017’s unchanged funding levels and the removal of conditions? FMF needs more than adjustments: it needs a change in policy doctrine that is coherent and unequivocal. This means that the United States needs more access to the Sinai to understand where its funding is going and to advocate for a counterinsurgency approach that does not hinge upon slash and burn tactics that marginalize the local community. Moreover, U.S. officials need to examine objective data pointing to the inverse relationship between the deterioration of democracy and human rights and the rise in terrorism that Egypt has seen over the past several years.

The adjustments to economic support funding are equally detached from substantive policy change. Its gradual reduction over the years and the cooperation determination clause may seem like rational recourse for Egyptian interference but they fail to adequately respond to the problem, which is that the Egyptian people are losing valuable development initiatives. Instead, it embodies U.S. frustration, and its decision to move on to a partner who is more agreeable (like Tunisia), at the expense of the Egyptian population. Egyptian officials are, as I have been told in meetings with government officials, some of the most stubborn and exhausting foreign partners the American government works with, but a punitive approach of reprogramming and reduction seems more like a cop-out than anything else. The United States should continue to demonstrate its commitment to the Egyptian people and deliver the benefits of these initiatives, such as apolitical development programs within healthcare and education, —for both the citizenry and the government.

This year’s developments in American aid to Egypt have done little to suggest that the Egyptian people’s economic progress, safety, or ongoing fight for rights and freedoms is about to change for the better. Rather, the 2017 budget and appropriations process seems to indicate that the United States has given up on Egypt’s citizenry. America tried for over 30 years to ignore the simmering discontent in Egypt until it boiled over in the Egyptian revolution, leaving the administration a difficult set of choices to make. After five years of lurching from criticism to support and back again and more than a decade of conflicted messaging, the United States—both the administration and Congress—need to set some sort of medium- and long-term policy goals that serve the Egyptian people and, as such, the U.S.-Egypt relationship. But looking forward gives little cause for us to hold our breath, as the current presidential front runner is the secretary of state who once cautioned Obama of supporting protesters in Tahrir Square, explaining that it, “might work out fine in 25 years.” Obama may not have listened initially but U.S. policy over the past few years has returned to support for the regime at the expense of the Egyptian people. It is time for the United States to adopt a constructive, long-term approach to help Egyptians fulfill the demands of the 2011 revolution.