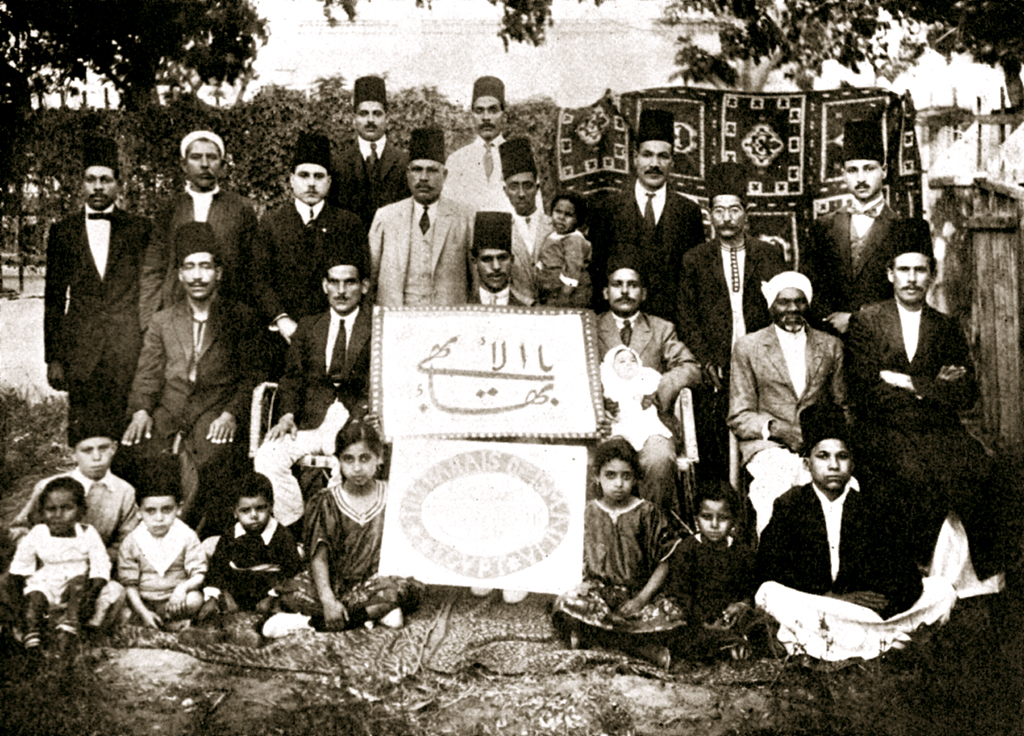 Bahaa Ibrahim, also known as Biko, is 26 years old and was born and raised in the Egypt. Ibrahim was recently stopped at a security checkpoint on his way to vacation and was detained and harassed because he is Baha’i. He described his recent experience to TIMEP, as well as his perception of his protections as a religious minority.

The Tahrir Institute for Middle East Policy (TIMEP): Bahaa, very glad to hear you are home safely. On social media, you recently described an ordeal that you experienced on your way to vacation in Dahab. Do you mind explaining what happened?

Bahaa Ibrahim: I decided to travel to Dahab. I had a lot of friends there, and I wanted to go over and meet them. I booked a bus for 10:30 at night on Saturday [August 2] so that I could arrive on Sunday morning.

On the way, there were a lot of checkpoints on the way to Sharm el-Sheikh, Dahab, and all along South Sinai. The first one was before the Suez Canal. There was an army officer that asked for everybody’s identification, so I took my ID and gave it to him. He had a look and gave it back to me, I got on the bus, and we continued the trip.

We passed a few more checkpoints and they did not ask for anything. Then, they stopped us at El Tor checkpoint. Because I was sitting at the very front of the bus, the guy saw my tattoos. (I have four tattoos.) He saw one of them, he got on the bus, and he asked for my ID first. I gave him my ID. He took a look normally at the front side of the ID, and then he looked at the back of the ID.

On the back of my ID, I have a dash for religion because I am Baha’i—we have a dash instead of listing our religion as Muslim or Christian. Once the officer saw this dash, he kept looking for around 15 seconds. He was frozen, like maybe he could not understand it. He was surprised. So, he took the ID and continued walking on the bus, asking other people to show their IDs. On the way back, he asked me to get off the bus and bring my bag.

I got my bag and we went inside the security building. Inside, there were three army officers; three police wearing the white uniform of the police; and three wearing civilian clothes—from the secret police.

BI: Yes, ten officers inside the office. They had asked me to come inside and give them my bag, so I gave them my bag and they were searching it. I do not smoke, and I have never done drugs, so I was 100% sure that they would not find anything.

One of the officers confronted me. The first question he asked me, after he saw my tattoos, was “have you been to jail before?” I said no, and I gave him my ID because I have not been to jail.

Then, they asked me, “What is your religion?”

All of a sudden, they started, two of them talking at the same time: “This is wrong!” They started attacking me directly. “There is nothing called Baha’i. This is not a faith! This is just a shitty religion! The only religions are Muslim, Christian, or Jewish. These are the only options for you.” When I tried to reply, the other officers continued to attack me. One of them said, “You are one of these people who tries to be different so he can look cool.”

I did not have any time to answer. Whenever I tried to speak, they would just attack me, calling me an infidel, insisting I should be a Muslim. At one point, one of the officers said that I would need to convert to Islam. He said what I was doing, I would go to hell, and he kept pushing that I should be Muslim.

One of them was a little bit older and was trying to prove to me that I know nothing about my religion. He asked me what I knew about the Baha’i calendar. When I tried to respond, again they said there was no religion called Baha’i. They insisted, not giving me advice, no…

Finally, one of them pushed me. He put his hand on my shoulder and he said “This is wrong. This is not right,” and he started pushing me.

I was really shocked. This was supposed to be a security checkpoint, and I could not understand why they would be asking about my religion.

The scene lasted about fifteen minutes. In the end, they said: “Get this crap out of here.”

The bus waited for me. All I could think about was getting on the bus and getting out of this place.

TIMEP: Did they only take you off the bus for questioning?

BI: Yes, only me. Luckily, the bus waited for me and I was able to continue.

Once I arrived in Dahab, I was worried that if I had submitted a complaint, I would have problems on my return. It would have been so easy to ask me to get off the bus and to plant drugs on me. I was really afraid of that. I tried to hold my grief about this, so I tweeted about it, to let people know what happened.

A lot of people said I should report this. But, I know that with my ID once I got to a police station, I would be pressured not to file a report. I waited until I got home, and decided I wanted to speak out…

This is not the first time this has happened to me, and I am sure this will not be the last time. I have been stopped here in the streets of Cairo many, many times because of my tattoos. And really, I am cool with that—but what I am not cool with is that once they see my ID, they start bothering me. They ask why I have a dash and what Baha’i is and whether this means I am a Christian or a Muslim.

TIMEP: Do you think these transgressions have been present throughout your life? Is this something that is getting worse?

BI: Yes, it is getting worse. Actually, this is the first time ever that someone has cursed my religion in my face. I am used to isolation or rejection because our culture is not very accepting of those who are different, but this was the first time I have ever had an officer deny my religion and curse it to my face.

They called me an infidel! This was really difficult.

TIMEP: Of course, I can understand why this would be frightening. If the security officers are not protecting you, it is hard to know what you can do to protect yourself. In your opinion, do you feel like your freedom of belief is protected?

BI: Well, in 2004, the computerized ID was created. Before that, there was just the paper ID, so the government would just write the religion manually. When the computerized ID was created, we only had the option to write Muslim or Christian. The Baha’i community had a suit in the courts for seven years before finally it was ruled that Baha’is would have a dash for religion in their IDs.

However, I still face a lot of difficulties, because even still, not everyone in the government is aware of what the dash represents. When I went to get my passport, the officer even asked if I got the ID from Egypt! He kept looking at the ID and had to make a call to his superior to get special approval to get me the passport.

TIMEP: So, even with the success in the courts you still have problems because there is not a lot of awareness about this.

BI: Yes. And, with what happened at the checkpoint in El Tor, this was the first time in my life I ever wanted to cry. I am a very strong person, having lived seven years without a national ID and having to explain that, I could handle it. I have experienced a lot of persecution, even with my friends, or classmates who do not accept me as a Baha’i, and I have managed.

This was the first time that someone really cursed my religion in front of me, and I was afraid to say anything because I knew he could easily frame me. I’m sure this is not going to be the last time, and there is nothing I can do about it.

I know that a lot of people want to do away with religion from the ID.

TIMEP: Do you think that would be a step forward?

BI: I think it would be better. If I were in the same situation, stopped at a checkpoint, and they did not see this on my ID, I do not think I would have had the same experience. I think this would help us to enjoy our freedom, to be able to walk around like normal people.

I have been through a lot here, and it is getting worse. I understand this might be dangerous, but I have not done anything illegal. I do not want to get into any trouble, but I am really sick of people being treated this way. It is too much.