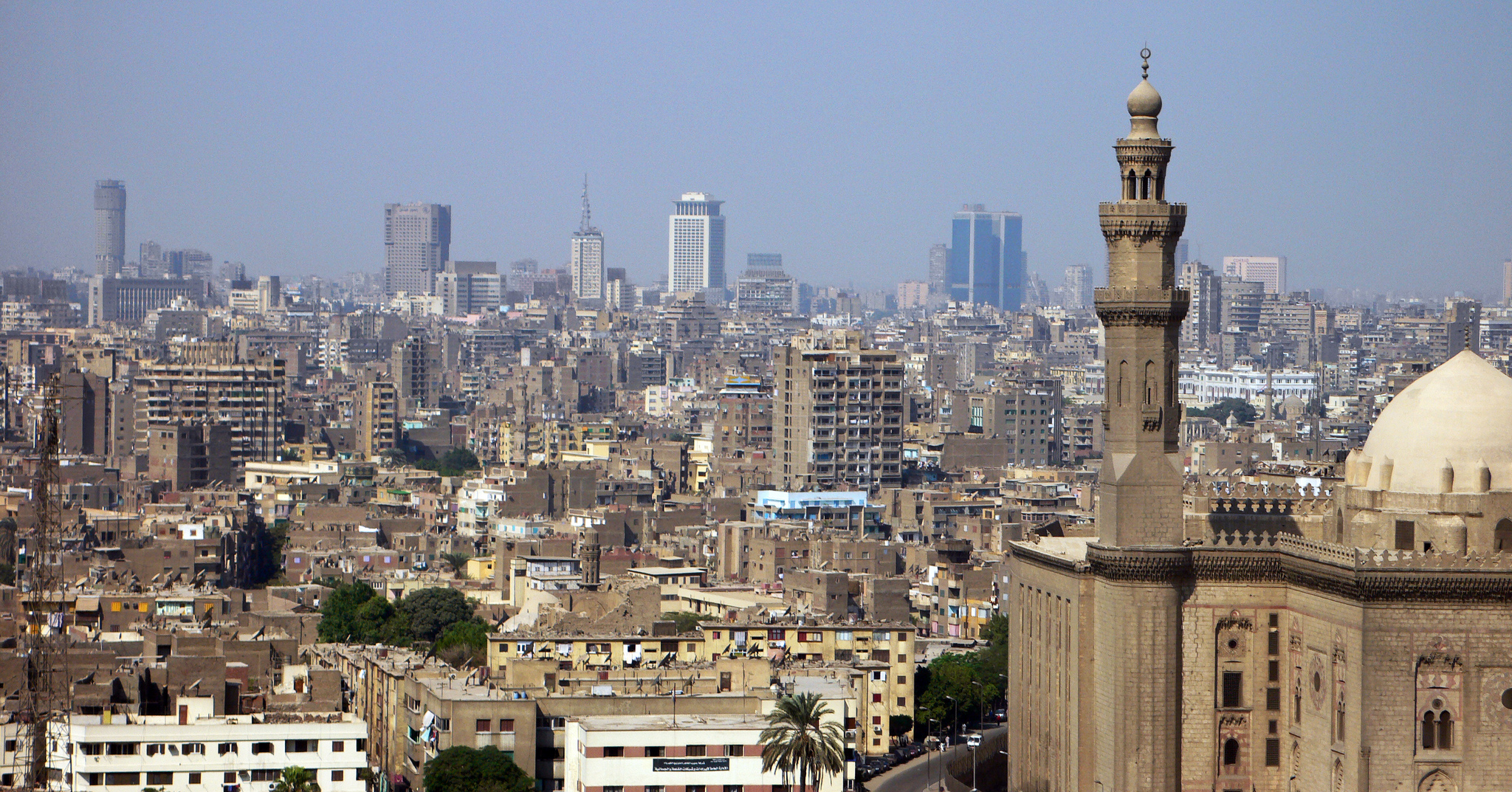 Carnegie Europe’s Capitals Series explores how European Union foreign policy is viewed by ten countries in Europe’s southern neighborhood. Carnegie has asked contributors from each capital to give a candid assessment of the E.U.’s approach toward their country, with a ranking on a scale from “irrelevant” to “helpful.” This week, the spotlight is on Egypt, and TIMEP’s Nancy Okail was invited to write about Egypt-E.U. Relations. The piece was originally published by Carnegie Europe, and is reprinted here with their kind permission.

Amid the catastrophic news from the Middle East—a civil war in Syria, the rise of the self-proclaimed Islamic State, violent insurgencies, and a refugee crisis—Egypt may seem quite stable. As international leaders struggle to formulate a coherent strategy to address immediate crises in the region, they turn a blind eye to increasing repression and human rights violations in Egypt, assuming that the government in Cairo will be able to maintain stability by following a firm security policy.

This image is distorted and misleading. Despite European engagement and attempts to support Egypt, the EU’s policy toward the country can at best be described as confused. The EU’s approach is based on false claims and assumptions; the support the union provides is disconnected and fails to capture Egypt’s social and political dynamics.

First and foremost, the Egyptian government has always justified its crackdown as part of the country’s war on terror. However, the assertion that freedom and democracy have been traded in for security does not hold water in Egypt, where terrorist attacks increased threefold from 2013 to 2015.

Despite the lack of effectiveness of Cairo’s counterterrorism policy, which is narrowly focused on the use of force, EU support for and cooperation with Egypt is skewed toward security and the military. In 2015, France sold the Egyptian government two Mistral-class warships, four multipurpose frigates, and four naval vessels for a total of about €2 billion ($2.2 billion). Egypt has also purchased four German submarines and uses Italian weapons and ammunition to equip its police.

Egyptian-European diplomacy has often centered on Europe’s perceived security issues, be they immigrants crossing the Mediterranean or violence in Libya. Meanwhile, the government in Cairo is restricting speech by passing blasphemy laws and suppressing artists, even for nonpolitical actors who do not threaten Egypt’s security. In February 2016, novelist Ahmed Naji was sentenced to two years in prison for writing a sexually explicit novel, while four Coptic Christian students aged fifteen and sixteen were sentenced to five years in jail on charges of contempt of religion.

There is a popular assumption propagated by the Egyptian government that Egypt’s civil society organizations are detached from the real grievances of Egyptians as these organizations are occupied by Western human rights principles while citizens’ only concerns are stability and economic development. Contrary to this claim, the most notable recent grassroots demonstrations have been in protest of human rights violations. In fall 2015, two of the biggest demonstrations Egypt had seen since 2013 erupted in Luxor and Ismailia, with hundreds of people protesting against the deaths of two men who had been tortured in police stations. The protesters were demonstrating against the lack of justice and dignity for the men, not demanding economic stability. In February 2016, the Egyptian medical syndicate mobilized to protest against the abuse of doctors by the police. Ten thousand Egyptians demonstrated in support of the medics with chants against police brutality.

Another misperception is that the only two serious powers in Egypt are the Islamists and the military, while other secular opposition groups have no weight, and therefore that there is no point in backing these groups or addressing their concerns. However, the unprecedented support for the doctors’ syndicate and the protests against police torture disprove this notion. The demonstrators not only rejected police brutality but also took a unified stand by making several strong decisions, including announcing a general strike, chiding the Egyptian health minister, and requesting his resignation for not standing up for doctors’ rights.

These episodes were not exceptional, as syndicates and labor unions are the strongest and most organized forces in the country. The regime and the security sector in Egypt are well aware of the unions’ potential to challenge their power. One need only look at the case of Giulio Regeni, an Italian PhD student who was researching Egypt’s labor unions, to understand how seriously the regime takes labor unrest. Regeni was killed in the country after being abducted on January 25.

Despite repeated denials by the Egyptian police of any involvement in the killing, the news of Regeni’s death raised the broader issue of systemic torture in Egypt. It is quite telling that the officer in charge of investigating the case had himself beenconvicted of torture in 2003. Amid increasingly public reports of torture, Egypt responded by ordering the closure of the country’s most prominent organization for documenting torture, the Nadeem Center, claiming it had breached unspecified health ministry regulations.

Given all this, it is a welcome step that the EU is donating €17 million ($19 million) to a program for the promotion and protection of human rights and civil society in Egypt that aims to increase the capacity of Egyptian institutions and civil society organizations to bolster human rights. In addition, €10 million ($11 million) was allocated to a nationwide project to modernize the administration of justice and enhance security.

These are much-needed projects. But the size of this support does not match the enormity of Egypt’s challenges and pales in comparison to the scale of military cooperation and security-related engagement. If such EU-funded reform projects are implemented in isolation from a broader view of the repressive atmosphere in Egypt and instituted under the control of the government that carries out such repression, these initiatives will not be effective.

Across the fields of rights, freedoms, and political participation, there are clear signs that the situation has deteriorated since 2011, and there is an unprecedented increase in the level of repression. In the past, only Egyptians were subject to such violations—mistreatment of foreigners was considered a redline. However, these violations are increasingly affecting people of all nationalities, including Europeans.

Although Regeni’s death is an extreme example, it is not a unique case. In August 2013, Irish-Egyptian citizen Ibrahim Halawa was arrested in Cairo during protests against the ouster of then president Mohamed Morsi. Despite the European Parliament calling for his release in December 2015, Halawa is still detained as of February 2016 and is currently on hunger strike. Just a month after Halawa’s arrest, Frenchman Eric Lang was beaten to death by fellow inmates in a police station, where he had been held for seven days after failing to produce valid residency papers. In October 2014, Egyptian security officials accused a Danish NGO worker of conducting “suspicious” training sessions and deported him to Turkey. Two German organizations, the Konrad Adenauer Foundation and the Friedrich Naumann Foundation, were forced to shutter their operations in Egypt due to the repressive atmosphere for civil society.

All of this has taken place while the respective EU governments have failed to take a stand in support of their citizens. Although the lives of foreigners are no more valuable than those of Egyptians, the current trend is a sign of the regime’s increasing repression, willingness to cross redlines, and indiscriminate human rights violations.

Unfortunately, the distorted European perception that staying silent over these atrocities and continuing support and engagement on trade and security can keep the country together will only lead to further deterioration. This is not a call for Europe to stop supporting Egypt or to sanction the Egyptian people. Rather, Europeans should pursue the right policies based on a realistic perspective of Egypt’s power dynamics and an understanding of the consequences of ignoring crucial societal grievances.