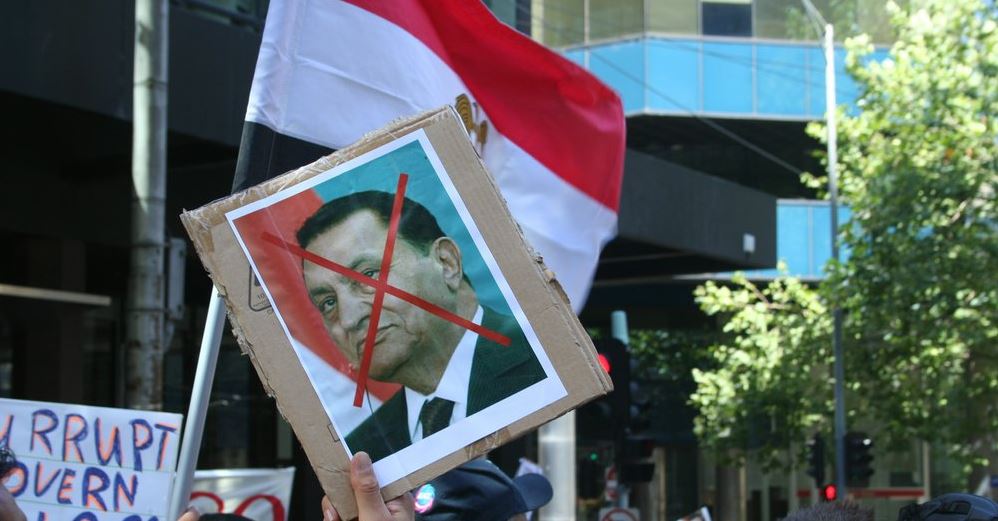 In a final verdict on March 2, Egypt’s Court of Cassation acquitted former President Hosni Mubarak of ordering the killing of protesters during the January 25 Revolution in 2011. Mubarak had been added as a defendant to the case in May 2011, two months after it was first brought against former Interior Minister Habib al-Adly and six of his aides. In June 2012, Mubarak was sentenced to life in prison for being an “accessory to murder,” but the verdict was overturned and a retrial was granted in January 2013. In November 2014, a criminal court dismissed the case against Mubarak, pointing to a procedural error by prosecutors and effectively acquitting him. Finally, in June 2015, a final review of the case was ordered and culminated in a trial that was heard throughout 2015 and 2016, ultimately ending in Thursday’s acquittal verdict.

With Adly and his aides acquitted of the charges against them in the same case in November 2014 and again in June 2015, Mubarak’s acquittal as an “accessory to murder” comes as no surprise to many legal observers. However, there is no doubt that the acquittal has significant symbolic value, as it reflects a complete failure of Egyptian judicial institutions to hold any official accountable for the killing of nearly 900 protesters during the January 25 Revolution and sheds light into a compounded transitional justice crisis that only continues to deepen.

Transitional justice is meant to provide justice during or after a period of significant human rights violations and repression and is necessary to bring a torn society together and enable a collective healing process to provide a balance between peace and retribution. The mechanisms by which to deliver transitional justice are dependent on a number of context-specific issues like location, perpetrator type, and legal and judicial culture of the country. Transitional justice is often a complex process that spans years and takes on multiple different forms.

What complicates matters further in Egypt is the fact that Egyptians are in need of transitional justice for the violations and crimes committed during four subsequent, distinct periods of time: the Mubarak regime, the interim period during which the Supreme Council of the Armed Forces (SCAF) was in control, the Morsi government, and finally, the present regime. The problem, however, is that rather than take serious steps to implement transitional justice mechanisms, each of the four regimes has partaken in merely superficial, ad-hoc measures to quiet international attention, be it the occasional government-dominated fact-finding committee or the prosecution of low-level officers ultimately acquitted and promptly released on retrial.

Recent developments give observers no reason to expect a policy change otherwise and instead point to an attitude that current government officials either regard transitional justice as a narrow “victor’s justice” that has already been accomplished, or a concept that is not a priority for the Egyptian state of today. For example, despite a requirement set forth in Article 241 of the Constitution to issue a transitional justice law in its first session, the parliament entirely failed to do so and was not held accountable for its violation. Even more recently in the latest cabinet shakeup in February 2017, what was initially called the Transitional Justice and National Reconciliation Ministry in 2013 and later renamed the Legal and Parliamentary Affairs Ministry in 2016 has now been titled the Parliamentary Affairs Ministry, effectively doing away with the entire transitional justice portfolio.

Outside of the goings-on of the executive and legislature, the judiciary’s promise for justice remains equally unrealistic, as personified by the examples within the Court Case Spotlight, featured in TIMEP’s Transitional Justice Project. In the last year alone and on issues of corruption, at least six, high-level Mubarak era figures were acquitted in court or permitted to reconcile with the state. In August 2016, for example, the assets of business tycoon Hussein Salem were unfrozen and the case against him dropped a few months later after he reconciled with the state, paying a reported 5.3 billion Egyptian pounds (LE) to clear his name of the charges that had been leveled against him when Mubarak-era Agriculture Minister Youssef Wali sold him 36 acres of land at an undervalued price. In December 2016, the five year jail sentence and LE209 million fine of Mubarak-era politician Safwat al-Sharif was overturned; he had previously been convicted of illicit gain and abuse of power, and in a separate, unrelated case of organizing the deadly “Battle of the Camel.” In February 2017, a criminal court dropped charges against former Trade Minister Rashid Mohamed Rashid following a reconciliation deal to pay LE500 million. Rashid had been sentenced to 15 years in prison in absentia and a fine of LE1.4 billion for allegedly squandering nearly LE600 million in public funds after issuing licenses to steel business tycoon Ahmed Ezz.

On matters of police brutality, justice seems far-fetched as well. In February 2016, the Court of Cassation overturned the 15-year sentence of the policeman who fatally shot peaceful protester Shaimaa al-Sabbagh during the 2015 anniversary demonstrations; a retrial is currently ongoing. In September 2016, an appeals court upheld a decision to acquit a policeman who had been charged with killing protesters outside al-Zawiya al-Hamra Police Station on January 28, 2011. That case  ended a series of trials of policemen accused of killing January 25 protesters, all of which ended in full acquittals. Beyond these two cases, egregious human rights violations and atrocities, from the Maspero Massacre to the violent dispersal of the sit-in at Raba’a al-Adaweya Square, remain largely unprosecuted and almost unrecognized as well.

When one revisits the demands of the January 25 Revolution—bread, freedom, and social justice, set off by the brutal torture and killing of young Khaled Said—it becomes immediately clear that these same demands remain unfulfilled today. A government that is unwilling to document, recognize, and prosecute the violations of its predecessors and those within its ranks is one that is allowing discontent to fester underneath its surface. While it may be growing levels of economic inequity that most obviously threaten Egypt’s stability, there is also no doubt that impunity for injustices, whether corruption or state violence or other crimes, contributes to schisms within Egyptian society that will not be mended until a process of transitional justice extending from the courts to the arms of the security sector is embarked upon.