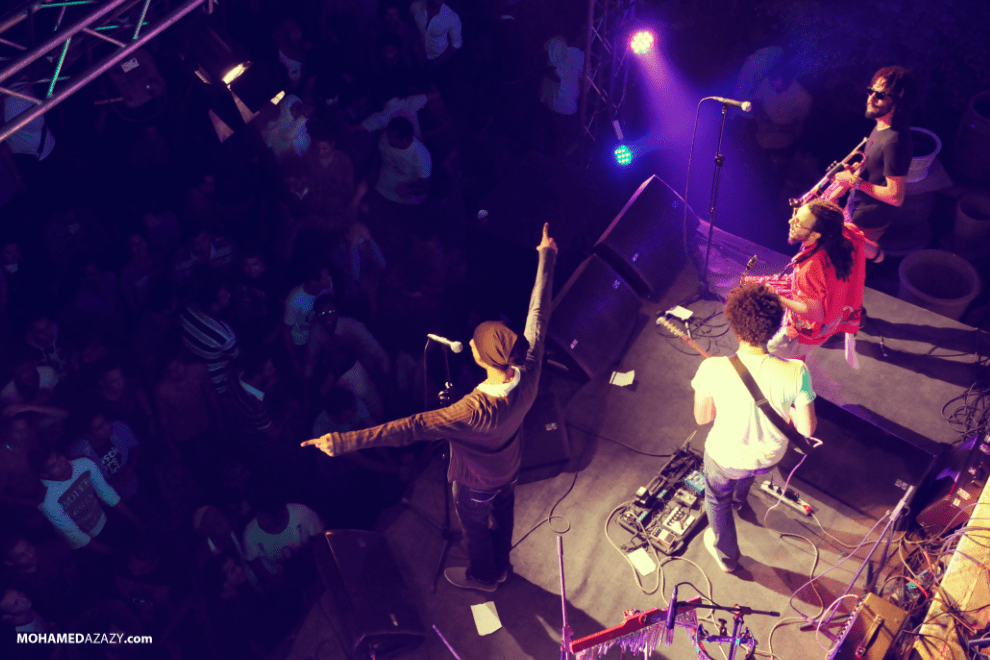 Newscasts and human rights reports shed light on the violations of freedom of expression carried out by the executive power (the government) and its supporting bodies. This can be seen most clearly in issues of freedom of expression related to politics and religion. The entirety of the situation is, in truth, far more complicated, with legal censorship, banning, and confiscation apparatuses in Egypt focused on exercising authority over society rather than ensuring its freedom.

Egyptian law is designed in such a way as to make prohibiting the default and permitting the exception. In order to serve this purpose, the power of censorship, banning, and confiscation is distributed among innumerable entities. For example, most books that have been banned in the history of Egyptian publishing were banned under the hisbah law, its name derived from archaic Islamic legislation based on “The Promotion of Virtue and Prevention of Vice.” Under this law, Egyptian citizens have the right to file a lawsuit should they encounter anything that may be described as “vice” even if they are not directly affected by it.

To illustrate: if you were to walk into a bookstore and find a book the contents of which you find objectionable, you may take that book to the nearest courthouse and demand its confiscation. This confiscation can be based on the argument that the book’s content goes against the family values that the Egyptian constitution promises to uphold.

The entities that have censorship authority as well as the authority to recommend banning and confiscation are many, including al-Azhar, the Coptic Church, the Ministry of Culture’s censorship department, the vice police, and the various syndicates [official unions] covering the artistic vocations. This creates a multi-headed hydra straight out of Greek mythology—no matter how many heads you chop off, more always appear. Meanwhile, the upper levels of the state’s executive bodies remain innocent of the accusations of censorship or banning of material.

The following story may better illustrate how Egypt’s diabolical censorship apparatuses work and the means through which they are able to steal away joy and spirit. It is a story of music and singing through which we try to answer two questions: how do youth sing in Egypt, and how can one become a singer?

Let us imagine the story of X, an Egyptian young man who, along with his friends, decided to form a small band. They bring their money together every week to rent a small studio where they practice. After some time of practicing and training, X believes that they are ready to take to the stage and sing before an audience.

There are three kinds of theaters and public spaces where one can sing in Egypt. The first are state-owned theaters and cultural centers, which are present across Egypt’s governorates. Most of the time, however, these theaters and cultural centers are closed, and they tend only to open their doors for official visits and Ministry of Culture events. Therefore, if X wants to sing at one of these theaters, he must find someone in the vast bureaucracy of the Ministry of Culture who is willing to sponsor him. The second kind of venue consists of public-private theaters, which are funded and run by civil society organizations (European and other Western organizations most commonly). Finally, nightclubs make up the third kind of venue.

After struggling with the Ministry of Culture officials, X succeeded in getting approval to hold his very own concert. To get that promise, he agreed to all of the required conditions, chief among them being a promise to steer clear of direct political speeches, any commentary on state officials, and any language that may be considered shocking to some segments of society. Due to these conditions, if X wanted to sing political hip-hop or rap, he would be entirely unable to find a theater in which to sing. If he wanted to sing rock, he would have to stick to a specific playlist and defined messages; he would also have to prevent his performance from even approaching the hard rock genre,  because such music would be classified as outside Egyptian social values (as it would place him under suspicion of being a Satanist).

However, in our story, X and his band commit to the all of the requirements, receive their membership, and a few hours before the concert begins, a representative of the Syndicate of Musical Professions arrives and asks to see the band’s permit to perform. Egyptian law does not give the right to anyone to sing or play music unless they are a member of the Syndicate. For non-member musicians, a violation of this law would mean that they must pay a fine. So strict is the requirement to have a work permit issued by the Syndicate that the Artistic Appropriations Police will intervene and literally pull performers who lack such permits off the stage.

What if X and his band decide to take another route? They have access to the Internet and can easily record their songs and upload them online to gain popularity and fame. In this way, they can create mahrajanat music, a popular musical style with a local flavor that makes it a favorite at weddings and public celebrations. X and the band would choose to stay clear of theaters, both private and state-owned, and only sing at weddings. Even in this case, however, they would be required to obtain a singing permit. Without that permit, the vice police can bust the wedding and pull the band off the stage once more.

Whether X and his band are at a wedding or a theater, should a Syndicate official or a policeman arrive, someone—either the person managing the event or even X himself—would likely pay the necessary bribe to the official (which is really all that they want from the process).

After all this, X and the band might consider joining the Syndicate and avoiding all of these issues. They would, however, have to pay a donation to the Syndicate and pass its committee test. The test is purely a formality, but that does not stop the committee from harassing those who apply. If a band plays hip-hop or mahrajanat or any other kind of music that is not the common Arabic pop or classical music, then they would have to audition in English (or another foreign language) to become members under the “foreign performer” category (even if they normally perform in Arabic).

Egyptian law prohibits the formation of independent (i.e. not government-sponsored) syndicates and trade unions. This is reinforced by the requirement that there be only one syndicate or union for each vocation. Membership in the Syndicate of Musical Professions is divided into two levels: associate and working member. It is simple to become an associate member, but it is very difficult to become a working member with the right to vote and participate in syndicate decisions. The circle of union management is still quite closed, and the syndicate’s actions are part of an ongoing struggle for more power and authority over musical tastes.

Over the past three years, two people have been in a struggle for control of the Syndicate of Musical Professions. The first is Iman al-Bahr Darwish, who sings religious songs and chants and is regarded as the epitome of decent religious artists by the Muslim Brotherhood and other Islamist groups. The other is Mostafa Kamel, the man behind the Teslam el-Ayadi operetta and the leader of a group of singers who sing for the love of Field Marshal Abdel-Fattah al-Sisi.

In the most likely scenario, X and the band would take the path most travelled by young performers. They would play without permits, paying the necessary bribes as they went along. The state, on the other hand, would sometimes choose to turn a blind eye, though it would at other times use the lack of a permit and proper paperwork to stop the band from playing. Little by little, the system infiltrates and constrains the artists themselves, embedding them within its boundaries. Censorship and restraint thus become internalized actions by virtue of the production process itself, stifling free expression and retarding the development of Egyptian culture.