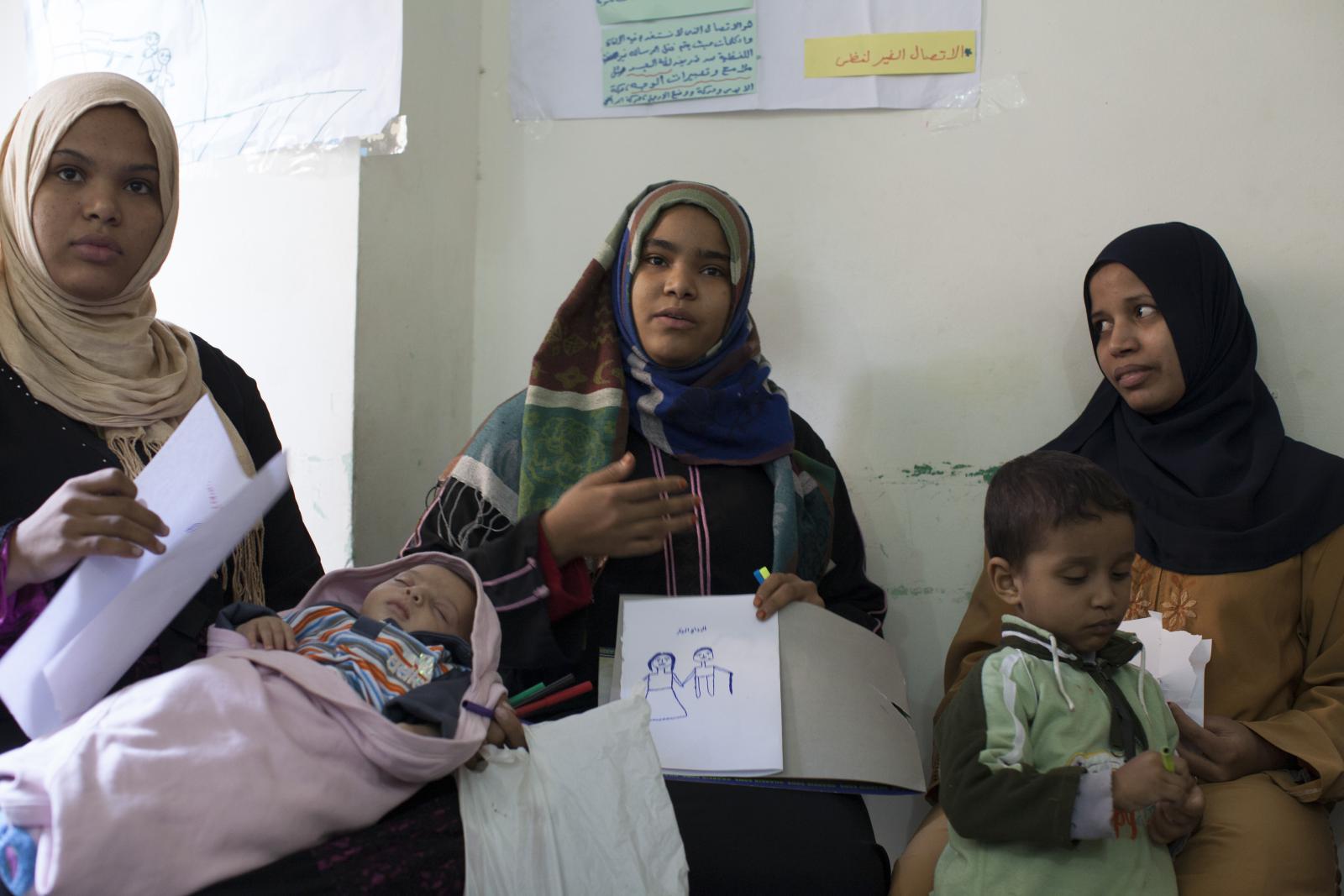 After more than three decades of national family planning programs, an almost 30-year-old national AIDS program, and two decades of combating female circumcision, a quick look at Egypt’s latest statistics might give you the impression that all this work is Sisyphean. The population clock has just ticked over to 90 million people earlier this month with increasing outcries over the population growth and rising fertility rates. More than nine of every ten ever-married women ages 15-49 have been circumcised, and 56 percent of girls under age 20 are believed to be circumcised as well. A quarter of ever-married women have been subjected to physical spousal violence, and sexual harassment in the public sphere is almost universal. While the world moves forward to eliminate new HIV infections, Egypt is one of the few countries that still suffers from rising HIV numbers. Why is any positive change generated by these national campaigns and programs so transient and ephemeral, with repeated regression to failure?

It is easy to criticize the framing of these national campaigns and their messaging, how they lacked a rights-based approach and how they turned many issues into battlegrounds for wars over identity. We could also measure the disproportionality between the magnitude of funds and resources allocated to these programs—the national family planning program alone reportedly spent 2.4 billion Egyptian pounds from 1980 to 2005—and the results they yielded. But more important is the shortsightedness of these campaigns and programs, and their failure to bring about long-lasting changes in behaviors and attitudes. The common thread to all these campaigns is the focus on media outreach, neglecting to educate younger generations about gender equality, bodily rights, and sexuality. Failing to provide comprehensive sexuality education to youth and young people is further evidence of the government’s failure to use the unprecedented population boom by not investing in changing popular mindsets and beliefs.

Examining young people’s convictions towards gender issues is sickening. According to the “Survey of Young People in Egypt” published in 2011, more than 70 percent of young men in Egypt and 57 percent of young women believe that female circumcision is necessary. Unfortunately, it does not stop here. A wide acceptance of different forms of violence against women, whether domestic or in the public sphere, prevails among younger generations in Egypt. The same aforementioned survey indicates that the vast majority of young men and women agree on wife battery, and are convinced that a husband is justified to beat his wife under certain circumstances—among them, “talking to another man” and “burning food.” More disturbingly, more recent data shows that of 402 single and group arrest cases as a result of sexual harassment complaints and where the age of perpetrators could be identified, about six percent of the cases included minors under age 18, including one incident where the harasser was only 12. This failure to reach younger generations is partially attributed to overlooking the importance of education, a component that is impossible to ignore if a paradigm shift is to be realized in convictions regarding social issues, specifically those related to gender.

This should not surprise us. Educational curricula do not mention gender-based violence or more general topics like equality between sexes. However, a whole lesson in secondary schools is dedicated to the question of “women’s work” where students discuss the inadequacy of women for certain professions and reiterate the prioritization of women’s reproductive roles and domestic duties.

Reactionary attitudes and misconceptions are not limited to gender equality values, as young people are abjectly ignorant about their bodies. More than 60 percent of young women were shocked when they experienced their first menstrual cycle, and just one in five young people know that HIV is transmitted through shared needles. Again, this should be expected, especially when we know that the reproductive and sexual health information present in educational curricula is scant. Besides the rarity of the information, teachers usually tend to skip these sections or tackle them superficially, whether because of their unpreparedness to address such issues with students or out of fear of embarrassment of speaking about a cultural taboo.

Comprehensive sexuality education could change young people’s attitudes across a whole spectrum of issues, including but not limited to demography, gender values, equality, and protection from STIs and HIV/ AIDS. Societal resistance and a lack of political will are always cited as barriers against implementing programs of sexuality education in schools, yet assumptions about societal resistance should be revisited.

Using the social rejection to sexuality education as a ready-made excuse is not precise. For years, health professionals and population specialists have fiercely objected to comprehensive sexuality education language—and to more or less anything with the word “sexual”—explaining that sex ed should be euphemistically described in more culturally palatable terminology like “reproductive health” or “human development.” Indeed, large segments of society still believe that sexuality education is synonymous with promiscuity and that, by providing information to youth, educators would be teaching them how to practice sex before marriage and thus tempting them with previously unknown attractions. But, at the same time, culture is not a constant set of values, and Egypt is undeniably at a new historical moment. The public reception and media coverage of a recent campaign advocating for sexuality education led by a number of non-governmental organizations was surprisingly welcoming and supportive. Whether it is due to the January 2011 uprising, or new means of media and communication that increase younger people’s interest, new debates are now being opened and obsolete convictions are being shaken. During the past few years, Egyptians have notably supported individuals’ right to privacy and a woman’s right to defend herself against harassers. .

After dispelling the myth of social hostility, we are left with state institutions’ ardent opposition as the real stumbling block to educating youth about sexuality. The Ministry of Education is totally oblivious to its responsibility toward young people, leaving the Ministry of Health and National Population Council to bear the burden, resulting in scant, barely functioning services. The state’s position reveals a distorted understanding of the substance of sexuality education.  The internationally agreed-upon language of sexual education recognizes that this should be age appropriate and culturally sensitive, and materials could be tailored according to the students’ needs and the cultural context.

Sexuality education is not only a long-term solution for many social anxieties, like gender-based violence and sexually transmitted infections; it is also a cost-efficient and economically sustainable one. The state, however, is fond of the vertical program model, allocating funds to specific programs that deal with one phenomenon at a time, and only after it becomes a widespread social ill. Establishing sexuality education programs does not require re-inventing the wheel. Many national, small-scale initiatives have been successfully implemented during the past years. Some private schools even have their own curricula in addition to the presence of numerous international comprehensive manuals and curricula that can be adapted to the students’ needs.  Egypt’s ad hoc treatment of the symptoms of a population ill-informed on sexual issues has not gone well. It is time to address the root causes through comprehensive sexuality education.