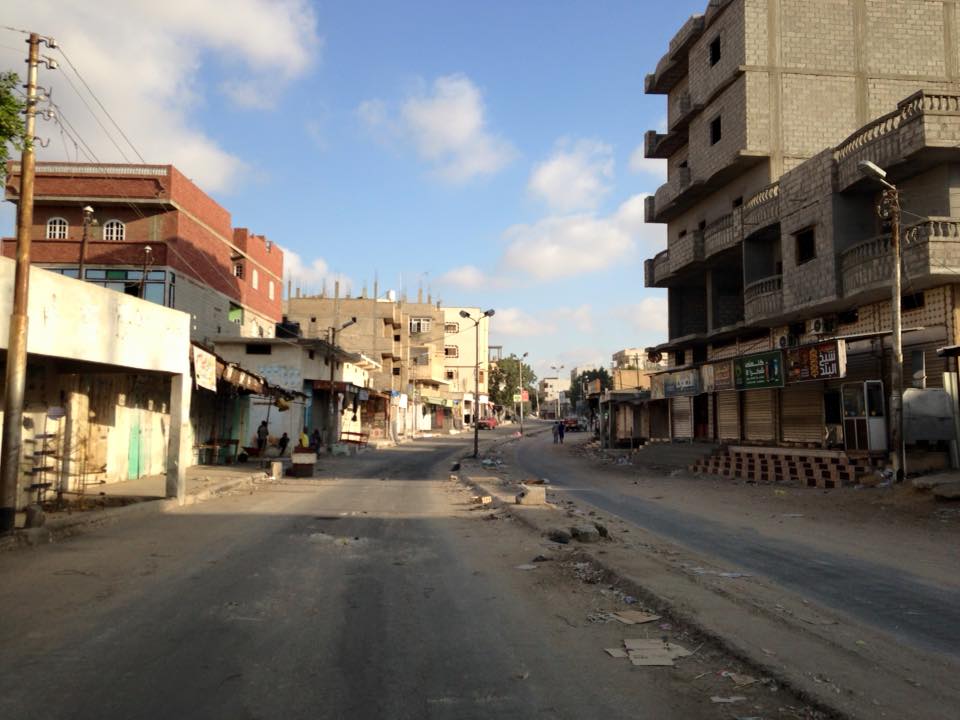 A year ago, in the early hours of July 1, a group of militants began their largest and most daring initiative yet: a coordinated offensive on the city of Sheikh Zuweid in the northeastern corner of Egypt’s Sinai Peninsula. Numbering well over a hundred fighters, within five hours they had attacked over 20 military checkpoints and taken control of the city center. Mostly locals or young Egyptians from the mainland, these men represented the Islamic State’s Sinai Province, Wilayat Sinai. Some were seasoned fighters; many others were more recent recruits. The Egyptian military responded with force, using F-16 aircraft to strike locations in and around Sheikh Zuweid. By the time they retreated, the militants had held the city for around 12 hours; at 6:00 p.m. state-owned Ahram Online had reported the figure at 64 dead soldiers and civilians, with 100 militants killed (although the government later put the official toll at just 17 army personnel killed).

The ability to overwhelm a heavily fortified urban location raised alarm bells over the security situation in North Sinai, and for Egypt’s security overall. In our comprehensive coverage of the events last year, the Tahrir Institute for Middle East Policy explored critical questions relating to the strength and capacity of Islamic State militants in Sinai and the military’s capability to defend against and prevent such attacks. We noted that these attacks marked growing sophistication in the organization of violence in Sinai, but the offensive also offered the state a key opportunity to respond:

“This situation provides an important moment for the Egyptian military to capitalize on an opportunity to engage with local populations to gather intelligence about militant operations. […] Protecting civilians from militants without overreaching in the necessary efforts… could provide a turning point in the battle against insurgency in the Sinai.”

Today, the insurgency rages on. The year since the July offensive has seen 759 distinct attacks reported in the province—almost twice as many as the 12 months before the assault—claiming the lives of 364 people, including 56 civilians. The military has continued its heavy-handed strategy, relying on kinetic strikes as part of the Operation Martyr’s Right campaign—ostensibly now in its third phase, though each is indistinguishable from the last. The military has reported killing a whopping 2,554 alleged terrorists, and arrested an additional 2,369 in the past year (despite the fact that most estimates cap Wilayat Sinai’s strength around 1,000 members, as noted by American officials).

While these regular attacks show that the militants have certainly not been eradicated, they have not carried out the same spectacular large-scale attacks in the past year as they previously had done. The attacks of the past year have shown a far lesser degree of coordination—in fact, the Sheikh Zuweid offensive was the last of the showy actions like the January 2015 attack on Battalion 101 or the October 2014 attack on the Karm al-Qawadis checkpoint, each of which saw around 30 soldiers killed. But while no attack in the past year in the peninsula has killed more than 14 people, this does not necessarily mean good news all around. In addition to the regular “low-level” violence, like constant IED attacks and targeted assassinations that continue to kill an average of one person a day in the province, militants have adapted their tactics, striking outside of their normal areas of operation in the northeast of the peninsula and establishing their presence in the more densely populated capital of Arish (and farther east).

A move away from large-scale attacks on police and military installations appears to be pushing the group to more vulnerable targets, with troublesome implications for civilians. While Wilayat Sinai has not exhibited the same sectarian tendencies as Islamic State counterparts elsewhere, the group claimed its first overtly sectarian attack two days ago, assassinating a priest in Arish. The group exploited weaknesses in airport security to carry out the deadliest terrorist attack yet in the country by downing a Russian airliner in October of last year, killing all 224 on board. This single attack killed more civilians than all other terror attacks in the last five years combined.

The enduring nature of violence in North Sinai—nearly three years of constant attacks and military operations—does not only signify a security crisis, but has humanitarian implications as well. Before the July 1 offensive, life was already difficult for residents of North Sinai “caught between a military campaign and a growing militancy,” as journalist Mohannad Sabry wrote in July 2014. The escalated military campaign has brought even more hardship, reducing Rafah and the surrounding villages to ghost towns and killing unknown numbers of civilians in strikes. A state of emergency has been in place in North Sinai since October 2014, and power and communications cuts, internal displacement (forced by the government or for economic reasons), extended curfews, high unemployment, and restricted mobility are mainstays of life in the province. And because both the government and the militants want to control the narrative and suppress independent reporting, there is very little public awareness about the situation.

In the past year, development plans were promised as part of the second phase of Operation Martyrs’ Right, but these have largely not come to pass. The April announcement of a Saudi loan to fund development in the peninsula was not rooted in any assessment of need for local populations, but rather was a geopolitical tool to strengthen relations with the kingdom through a petroleum deal. While some development initiatives are taking place to restore infrastructure, these do not match up to the grand promises that stretch back decades.

As for the global significance of the insurgency in Sinai, any concerns over how Egypt is carrying out its war on terror or the humanitarian implications have taken a far backseat to Egypt’s geopolitical primacy. Policymakers in the U.S. and abroad may wring hands at the presence of the Islamic State in a country that they view as a bulwark against terrorism (especially so close to Israel and the precious Suez Canal), but this fact has only served to justify Egypt’s need for support in its fight against terror. Very little public pressure has been put on Egypt to reconsider—or even clearly declare—a counter-insurgency policy or objectives.

However, the U.S. has continued to provide weapons and training to the Egyptian military as part of the yearly $1.3 billion foreign military financing (FMF) package, sending F-16 aircraft and Apache helicopters last November. In addition to those defense articles provided as part of FMF, in May of this year the U.S. delivered 726 mine resistant ambush protection vehicles, “part of the continuing strong relationship between the U.S. and Egypt,” as U.S. embassy official in Cairo Maj. Gen. Charles Hooper put it. Unfortunately, as a recent Government Accountability Office (GAO) report indicated, from 2011 to 2015 “the U.S. government completed some, but not all, human rights vetting required by State [Department] policy before providing training or equipment to Egyptian security forces.”

If the coming year is to bring a lasting respite from violence and the possibility of rebuilding the distressed Sinai, Egypt would be well served to reconsider its security strategy, and its international partners should commit publicly and privately to pressure and assist it in doing so. At a bare minimum, counter-insurgency efforts should be targeted and reduce harm to civilians and their livelihoods at all costs. To this end and in line with the GAO recommendations, the U.S. should do more to ensure that its material support for Egypt’s war on terror is being properly used to achieve the shared objective of long-term security for the peninsula (and thereby eliminating a safe haven for violent actors that have threatened the mainland as well). As Congress is now deliberating on appropriations for fiscal year 2017, the bill should require regular consultation on adherence to counter-insurgency doctrine and protection of non-combatant populations in North Sinai. A recurring assessment would provide regular opportunities to consider the evolution of the situation, consultation with the Departments of State and Defense on progress toward addressing deficiencies outlined in the GAO report, and the need for access to information.