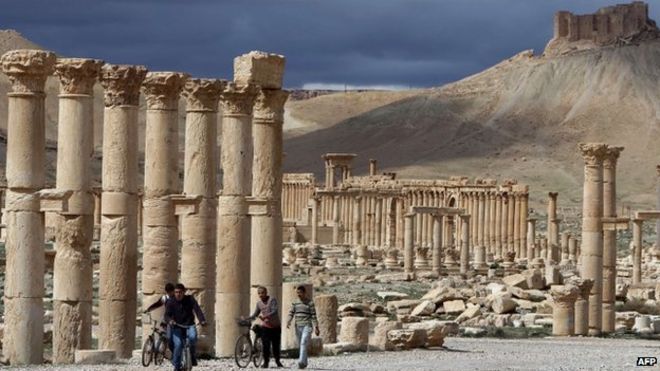 The capture of Palmyra this week was a clear attempt by the regime of Bashar Al Assad to rewrite history.

Damascus and its allies presented the victory as part of the wider campaign to strike extremists in Syria.

In truth, they wanted a victory to strengthen the regime’s political position in the peace talks, after a relentless Russian air campaign helped Mr Al Assad’s forces secure its territory and reorganise its forces to launch offensives against mainstream rebel groups.

The recapture of Palmyra does not mean the regime will now focus on ISIL and Al Qaeda-affiliated Jabhat Al Nusra.

Yet Mr Al Assad has successfully turned the narrative upside down in an attempt to showcase his forces as a bulwark against radicalism.

To continue reading this article as published in the National, please click here.