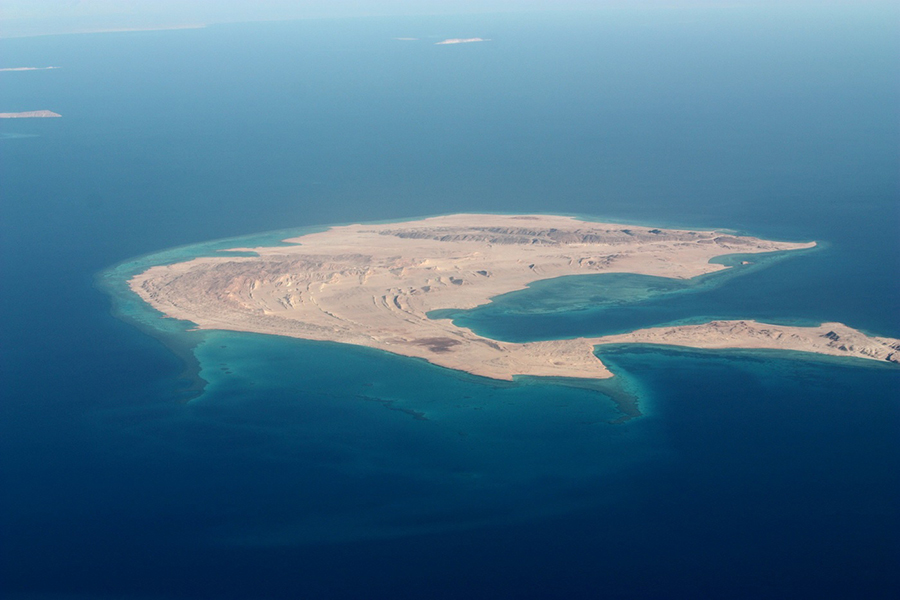 From an outside perspective, the transfer of the islands of Tiran and Sanafir to Saudi Arabian control may seem relatively uneventful. The Straits of Tiran can easily be controlled or defended from Sinai given how narrow the waterway is, and documents exist to suggest that Saudi did indeed transfer the islands in 1950 to Egypt in the hope that Egypt’s larger military would be able to defend them. Saudi fears of invasion were well founded; its confidence in Egypt’s military less so. During the Six Day War of 1967 Israel seized the islands after declaring Egypt’s closing of the Straits of Tiran to Israeli traffic was casus belli.

With the implementation of the Camp David Accords, Israel returned all the Egyptian land it occupied after the 1967 war, including Tiran and Sanafir. From the perspective of most Egyptians, they had bled and given their lives to defend their land, including those two strategic islands. This helps explain the intense controversy around the recent agreement to transfer the islands to Saudi Arabia. Many Egyptians view the transfer as either the surrender of Egyptian land to Saudi Arabia in exchange for some investments and a low-interest loan, or an admission that Egyptian blood was shed to defend Saudi soil while Saudis stood by. Neither are terribly appealing propositions, particularly to a public that has been fed military nationalism for decades and taught that land is sacred and warrants the ultimate sacrifice, a sacrifice made by countless Egyptian families in 1956, 1967, and 1973.

That said, an array of government supporters has come out to defend the transfer of the islands and insist that the islands historically belong to Saudi Arabia. This, of course, has led to some fairly sarcastic rebuttals concerning Saudi Arabia’s lack of a history, in an effort to insult Saudi Arabia while also casting doubt on the credibility of any “historical claim” the country can make in comparison to Egypt.

The transfer demonstrates a number of things respecting Egypt’s government and its standing in Egyptian society today. First, the manner in which the transfer is being undertaken shows us the government’s continued aversion to transparency and its continued disregard for empowering Egyptians to have a say in government affairs. The negotiations with Saudi Arabia were conducted in secret and Egyptians were surprised with news of the transfer during Saudi King Salman’s visit to Cairo. President Abdel-Fattah El Sisi clarified during a speech days after the transfer announcement that he did not want a public debate that would have created tensions. He admonished the public repeatedly, saying, “Please, let’s not discuss this issue again.”

The cost of transparency and accountability is time and effort. The lack of transparency resulted in an agreement that appears in the eyes of the public as the state’s corrupt submission to its current benefactor. It is not unreasonable for the public to suspect such a theory, given the secrecy of the negotiations and the fact that the announcement coincided with Saudi Arabia announcing over $20 billion in loans and investments in Egypt.

Sisi’s explanation—that the decision came as a result of years of research and talks and that the transfer was undertaken to open up the possibility of exploration for gas and oil in the Red Sea—all sounds reasonable if it had been presented to the public ahead of a final decision on the matter. However, it sounds like an excuse when the explanation only emerges after widespread public condemnation of the transfer.

The constitution outlines the procedure for transfers of sovereign territory in Article 151. It reads, “Voters must be called for referendum on the treaties related to making peace and alliance, and those related to the rights of sovereignty. Such treaties shall only be ratified after the announcement of their approval in the referendum.” However, the government has refused to allow a referendum on the islands, insisting the transfer is not a matter of sovereignty but rather a correction of a maritime border. Once again, this undermines the public’s confidence that the government respects the constitution and is prepared to comply with it. Before the parliamentary elections, Sisi had indicated that he was prepared to amend the constitution if the parliament proved troublesome in allowing him to proceed with his agenda. This ongoing attack on constitutional checks on executive power, be they from the parliament or referendums, undermines the power and effectiveness of these institutions.

Sisi has consequently faced unusually vigorous criticism in the press with major media personalities like Ibrahim Eissa and Youssef al-Husseiny criticizing the decision forcefully. Among average citizens, regime supporters have been visibly troubled by the decision. Sisi’s forceful request that Egyptians cease to discuss the matter, followed by an attack on the media for sowing doubts among Egyptians in the state’s institutions, indicates a high level of discomfort in the government over how far the criticism has gone this time. The backlash against the announcement demonstrates that the credibility and popularity of the government is decidedly more fragile than the government appears to realize.

What is most unfortunate is that this didn’t need to be this way. If the government is confident in its evidence that the islands are in fact Saudi, it could have made the case to the population from the outset, before announcing the transfer. By taking the initiative it would have preempted the attacks it is currently weathering. Moreover, in presenting its case from the outset, it would have made the process appear credible to the population. Instead, what the government has displayed is its political incompetence.

Sisi’s overconfidence in his popularity and overestimation of the public’s faith in his judgment has resulted in this overstep and, far from demonstrating his credibility, Sisi has compromised it. If the parliament acts as a rubber stamp for this agreement, it will likely damage what little credibility it had in the eyes of the electorate as well. Sisi and his cohort need to familiarize themselves with the concept of political capital. It has finite properties and given the vast array of necessary and difficult reforms ahead it should be used wisely and replenished whenever possible. Wasting it through paternalistic disregard for public opinion when secrecy is unnecessary is foolish.

Transparency would have smoothed the transfer and would have strengthened the public’s faith in its government. The opaque, authoritarian, and condescending nature of this transaction instead undermined the people’s trust in their government and, in turn, the strength and stability of the government. Moreover, all of this trouble was for no conceivable benefit. The government hurt itself, hurt the state, and damaged the integrity of this agreement, when they could have used this opportunity to do the complete opposite.