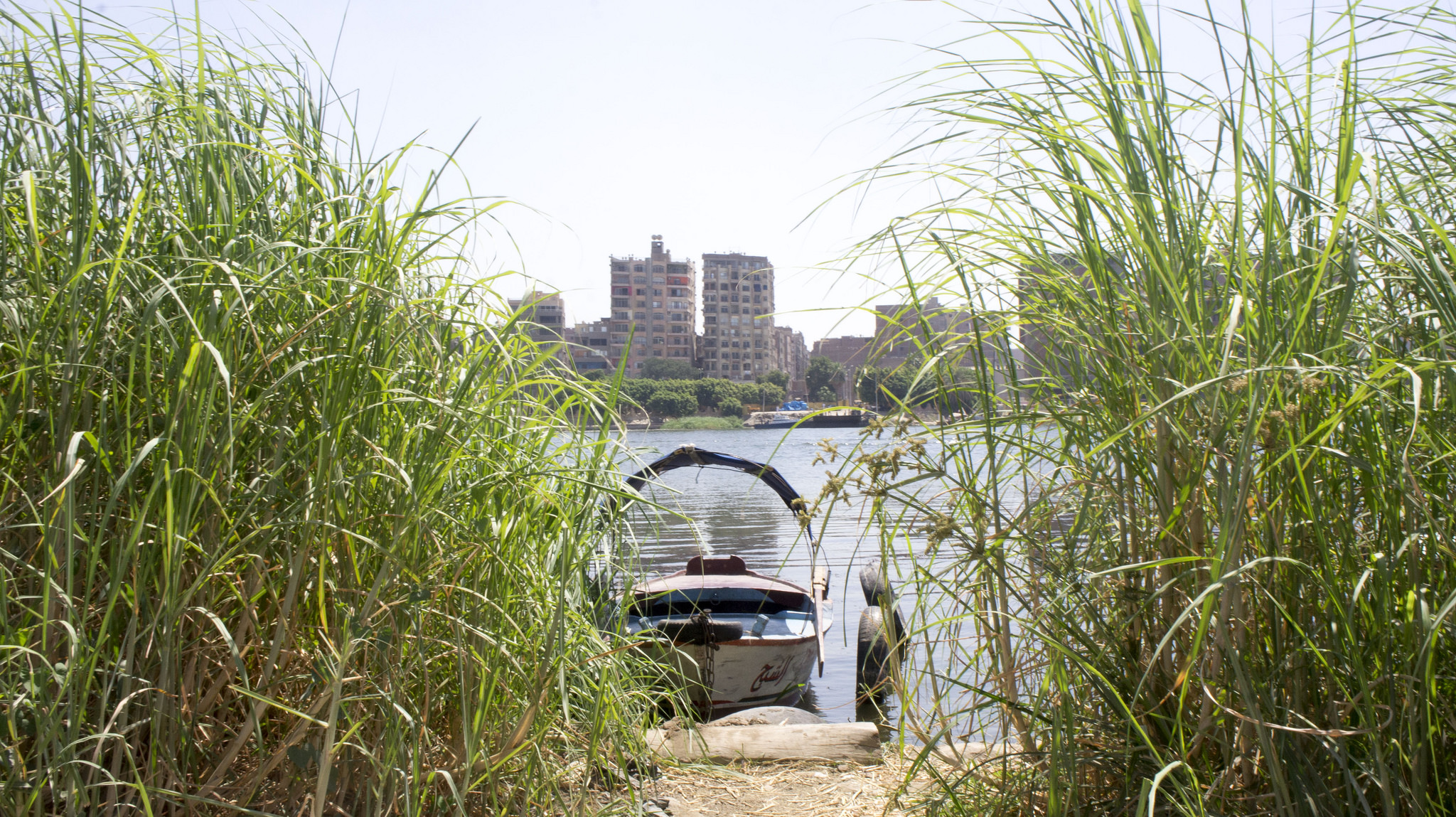 Sayed Hassan al-Gezawy, better known as Sayed Tafshan, was killed on July 16, 2017, in clashes that started between security forces and the residents of al-Warraq in Egypt’s Giza governorate. Residents of the Nile island had been shocked that morning to find that security forces were starting to tear down houses while some residents were at work. Demonstrations started in an attempt to prevent the demolition of the homes, and security forces started to use tear gas. After hours of violence between the residents and security forces, one civilian—Sayed—was dead, and 59 people were injured, including 31 members of the police force. Nine residents were arrested and jailed for 15 days, accused of fomenting chaos, possessing weapons, and obstructing roads.

Security forces had supposedly been sent to al-Warraq to demolish houses built on state-owned land. The move followed the formation of a commission headed by former Prime Minister Ibrahim Mehleb as a result of Decree No. 57 of 2016 issued by Egyptian President Abdel-Fattah El Sisi. The Land Reclamation Commission started with ten members representing different government entities, including members of the Ministries of Defense and Interior. The commission’s official mission is first to survey occupied state-owned land; second, to survey the land plots to decide on their legal and administrative status; third, to research eviction decrees; fourth, to propose solutions for reclaiming state-owned land; and fifth, to facilitate the implementation of the reclamations and the eviction of any occupants, as well as to update the database of state-owned lands. Members of the commission represent different ministries and government entities because of the complexities of land ownership and to promote coordination among state institutions. For example, in the case of al-Warraq, the General Authority for Reconstruction Projects and Agricultural Development, the Ministry of Agriculture, and the Ministry of Water Resources and Irrigation are involved in any decision regarding the island. But notably absent from these committees is any sort of citizen involvement. Policymakers should take note that community participation is not a luxury, but a necessity for the success of Egypt’s mega projects and development plans. As made clear by the events in al-Warraq, a lack of transparency and community involvement does not only put residents at a disadvantage, but it can also lead to insecurity amid escalating conflicts between residents, developers, and authorities.

The violence caused by forced evictions has not only been limited to al-Warraq, but has taken place in many other governorates in Egypt. From June 5 to July 20, 37 civilians were arrested in five governorates for resisting the forced evictions carried out by security forces of the Ministry of Interior, which is responsible for implementing eviction decrees. When evicting residents, security forces typically do not inform the residents in advance or allow them the option of negotiating with state officials, and instead often using tear gas and sometimes rubber bullets on residents to frighten them into complying with the orders. These actions appear to violate the Universal Declaration of Human Rights, to which Egypt is a signatory, as well as the International Covenant on Economic, Social, and Cultural Rights of 1967, in which forced evictions are criminalized in Article 11. Many evicted families have said that they never received official letters informing them in advance about the dates of the evictions or about options of what they can do.

The commission has been active on a daily basis during the past few months, while officials have made statements on how much land is being reclaimed in different governorates throughout Egypt. News headlines give a sense of victory­—that the state is implementing the law and punishing the occupiers. The criminalization of residents, in addition to the statements of victory about the commission’s work, shows how the Egyptian government creates an illusion about land reclamation and reduces the complexities of the occupation of state-owned land. This reductionism in the commission’s work to surveying and implementing eviction orders is especially incongruous given that its main slogan is “the People’s Right.” If the people’s right is a priority, why is there no transparency in dealing with residents and sharing with them the eviction plans and their legal justifications? This lack of transparency was also shown in statements from state officials about the events in al-Warraq. Sisi said in July that the island must be evacuated because it is a natural reserve, even though residents proved in 2002 that they owned more than 95 percent of the land area.

The lack of transparency during the process not only causes confusion about who owns what land, but about the mega development projects that the state intends to carry out on some high-value areas of land. The Cairo Vision 2050 plan became publicly available in 2008, and was aimed at turning Greater Cairo into a world heritage capital. The plan, according to a slideshow presentation made available online, included investment projects in many areas of Greater Cairo, including the “upgrading” of islands such as al-Warraq. Few details were provided, though according to the document the upgrades would involve the creation of an “open-agri museum,” allocating 1,400 feddans to parks and gardens. It also said a private residential district with “the required services” would be planned, “converting [residents’] economic power towards serving the newly allocated services.”  More recently, in 2014 and 2015, the Ministry of Housing announced the Strategic Development Plan of Egypt, which included a new 2030 vision as its first phase. The project, which included plans specifically for Cairo, was announced on different occasions by Minister of Housing Mostafa Madbouly. The General Organization for Physical Planning (GOPP) published a document on the Cairo plan that says al-Warraq will be upgraded into a recreational project, but few other details are provided. The work of the Land Reclamation Commission cannot be considered separately from the Strategic Development Plan of Egypt and the plans for Cairo. In 2014, the GOPP, in cooperation with U.N.-Habitat Egypt, announced another project in Nazlet al-Seman, which was aimed at evicting 25,000 residents and implementing recreational projects catering to tourists, including hotels and a museum.

The Land Reclamation Commission has thus ignored articles on community participation that are found not only in the International Covenant on Economic, Social, and Cultural Rights, but in the Egyptian Unified Law on Buildings, which provides a methodology for community participation in the process of re-planning occupied areas, especially deteriorating urban areas. This methodology must be considered, whether as part of the Land Reclamation Commission’s work or as part of the government’s mega investment projects. The community participation process is not simple and would not allow the work to be reduced to surveys and evictions. Using this process would complicate the state’s current approach, requiring officials to understand the complexities of different areas that are home to diverse groups of people who have diverse needs. Involving the community would require effort and professional teamwork, but it would also take into consideration economic, social, and political problems that will never be solved by prioritizing the state’s illusory visions for the capital and the country over the realistic needs of residents. Furthermore, efforts toward community participation in urban development are not unprecedented. In June 2014, the government formed the Ministry of Urban Renewal and Informal Settlement, and Minister Laila Iskandar invited different stakeholders and members of civil society to discuss ways to make improvements to various neighborhoods. The Maspero Triangle was one project in which residents, in cooperation with the Madd Platform—an urban architecture and design team—produced a plan for developing the neighborhood after a year and a half of collaboration. However, after operating for 14 months, the ministry’s doors were closed following a ministerial change. The government has not continued these efforts to involve residents in conversations about improving or reclaiming state-owned land in their communities. Now, people such as Sayed Tafshan are risking their lives or being arrested while defending their basic human rights in the struggle against uneven development policies, conceived in government “visions” that, in reality, leave residents in the dark.