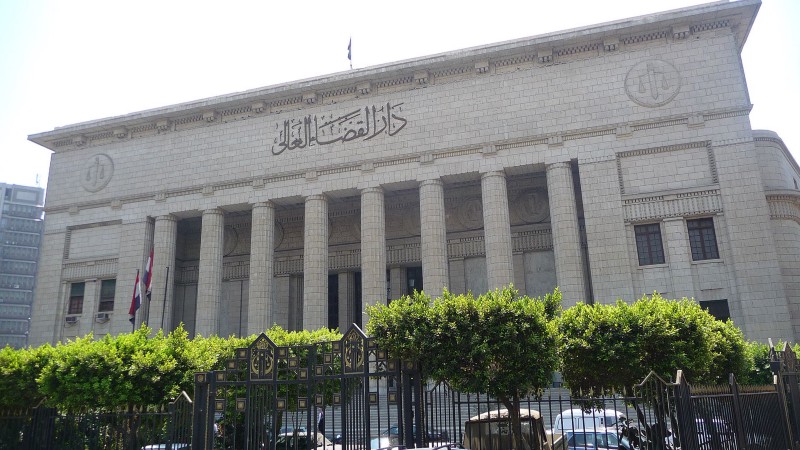 International rights groups this summer criticized death sentences issued by the Egyptian judiciary following what they called unfair trials, with convictions based on confessions obtained through torture. Since 2013, courts in Egypt have handed down hundreds of death sentences. On Monday, hundreds of defendants facing the death penalty in a mass trial were instead sentenced to jail. But despite the Egyptian judiciary’s current fad of sponsoring executions, there is no clear legal explanation for the increased pace in the issuing of death sentences in highly complicated and controversial cases, with judges handing out the death penalty left and right to appease public opinion as well as the regime. If judges find it so easy to dole out death penalties en masse, capital punishment in Egypt must be examined from a legal and humanitarian perspective so that the public can be better informed about where the rest of the world stands on this method of punishment.

Civil Jurisprudence
Proponents of the death penalty must first consider that punitive jurisprudence in the Egyptian legal system is based on the idea that the goal of punishment is not abuse, but rehabilitation in order to enable criminals to reintegrate into society. Egyptian prisons have the motto, “Prison is discipline, correction, and rehabilitation,” and accordingly, the legal system allows for the death penalty to be used sparingly for cases in which judges see no hope of convicts returning to society as upstanding citizens. This is why appeals are automatic in cases where the death penalty is ruled, even they are not filed by the defendants, showing that mass executions are a clear disruption of the punitive jurisprudence enshrined in Egyptian law.

Justice is inherently different from revenge, and the death penalty is a remnant of an outdated system based on retaliatory punishments. If this system were applied to other crimes, thieves would be robbed, torturers tortured, and rapists raped. Justice has outgrown this understanding of punishment by adopting symbolic penalties, such as fines or imprisonment, in accordance with the degree of the crime, thereby maintaining the dignity of both victims and criminals. The principle of justice also rests on freedom and dignity, necessitating the punishment of criminals for breaking the law as a result of their own free will, meaning that children and the mentally disabled should not be held accountable for criminal actions. This shows that the concept of the death penalty is inherently contradictory because it is irrevocable, preventing the rehabilitation and reintegration of criminals, and violating the principles of freedom and dignity.

The possibility of error, particularly given the use of torture in Egypt, makes the irrevocable nature of the death penalty particularly dangerous. The potential for mistakes exists even in the most efficient and complex legal systems, let alone those in which investigative and security bodies depend on soliciting confessions through torture to close a case (as is the case in Egypt and the Middle East). After learning that 13 people on death row were innocent, former Illinois governor George Ryan froze the use of the death penalty, and, in January 2003, reduced the sentences of 167 convicts to life in prison. A commission assembled by Ryan prepared a report with the conclusion that “no system, given human nature and frailties, could ever be devised or constructed that would work perfectly and guarantee absolutely that no innocent person is ever again sentenced to death.”

In Egypt, several prominent cases have involved murder confessions obtained through torture, a means that was accepted by the courts and used to unjustly sentence defendants to death. The most famous case is that of Aida Nour al-Din, a nurse from Alexandria who was accused of killing patients at the Alexandria Teaching Hospital. Nour al-Din was arrested, questioned, and tortured until she confessed, which led a court to issue a death penalty ruling. However, before she was executed, more murders took place in which the same method of killing was used, even though Nour al-Din was in prison. Her attorney, Amer Abu-Heif—whom I met personally about her case—used this evidence in her defense, and, in 1999, Nour al-Din’s charges were reduced from murder to manslaughter, and her sentence was reduced to five years in prison. In another case, which took place in Alexandria in 1996, the accused, Muhammad Badr al-Din, confessed under torture that he had murdered his daughter, who had disappeared. He was convicted of murder and sentenced to death, but his daughter was later found alive, leading to his exoneration before he was executed.

One of the most common justifications cited for the death penalty is its perceived effectiveness in protecting society from its most dangerous members and deterring potential criminals. However, the protection of society is by no means dependent on killing criminals. Societies that allow the death penalty are no less prone to crime that those that do not, and other punishments, such as imprisonment, have the same results. International studies show that the death penalty does not decrease crime. In 1975, a year before the death penalty was abolished in Canada, the murder rate hit a record of 3.09 per 100,000 people; by 1980, it had dropped to 2.41. In 2000, while the United States reported a murder rate of 5.5 per 100,000 people, Canada reported a rate of 1.8. Another study, carried out by British criminology researcher Roger Hood at the behest of the United Nations in 1988 and updated in 2002, concluded that “the fact that statistics still show the same results convincingly proves that countries should not fear any sudden or drastic shifts in their crime rates should they decrease their reliance on the death penalty.”

Religious Jurisprudence
While Article 2 of the Egyptian Constitution states that “Islam is the state’s religion, Arabic is its official language, and the principles of Islamic jurisprudence are the main source of legislation,” there seems to be a strange relationship between Islamic jurisprudence and Egyptian law. For example, Egyptian law does not apply sharia punishments, yet all cases involving the death penalty must be presented to the grand mufti of Egypt.

The amount and kind of diya depends on the crime, with some of it requires the allocation of a living creature. This is done by giving the victim’s family an animal. For example, if the victim’s family agreed to take diya instead of punishment, the diya in a murder case would be one hundred camels. Since this is prohibitive in practice, the solution might be to give victims’ families a choice: either insist on punishment or accept diya, which would be calculated as a monetary value according to modern standards. This could substantially decrease the use of death penalty while considering the religious sensibilities of Egypt’s Muslim majority.

Moving Toward Abolition
The evolution of international law is moving toward abolishing the death penalty, as worldwide movements in recent years have aimed at limiting its use, decreasing the number of crimes punishable by death, and suspending its use in sentences while keeping the punishment on the books. Resolutions issued by the United Nations Security Council and the Rome Statute of the International Criminal Court that established international criminal tribunals for cases involving the former Republic of Yugoslavia and Rwanda did not mention the death penalty among possible sentences, despite the seriousness of the crimes. International and regional protocols related to the abolition of the death penalty have also been ratified. A European Union policy adopted in June 1998 affirmed the E.U.’s goals to abolish the death penalty around the world and insist that countries in which it is still applied gradually decrease its use. Worldwide, the International Covenant on Civil and Political Rights clearly states that the death penalty violates the right to life.

Considering the numerous reasons outlined above for abolishing the death penalty, its continued use by some regimes indicates their weakness and their need to resort to violence and cruel punishment to maintain control. History has proven this often does not last very long. The excessive use of the death penalty indicates that the climate of the Egyptian state not even remotely close to being democratic, as well as the decline of its rights record. Therefore, I call on the government and legislators of Egypt to look into options that would allow for the death penalty to be used more rarely, eventually leading to its total abolishment, as well as the use of legal and jurisprudential alternatives that maintain human dignity for criminals, giving them another chance if they are proven innocent or if they change their ways and become productive members of society.

Some parts of this article are adapted from the International Federation of Human Rights on the Death Penalty in Egypt, published in 2006, of which I was a coauthor. An Arabic version of this article appeared in 2015 on the website Za2ed18.com