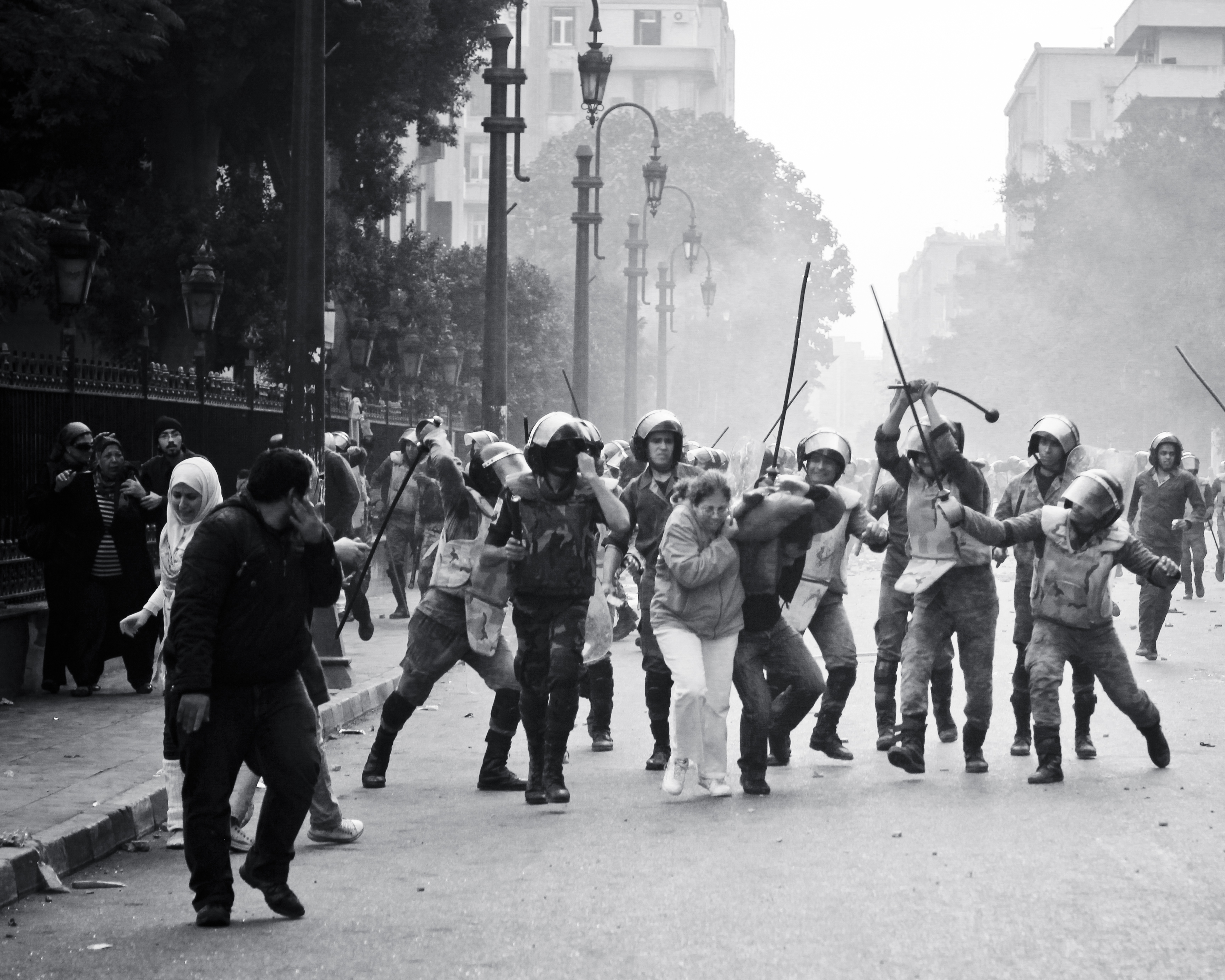 On June 8, Egyptian Prime Minister Sharif Ismail tasked the minister of legal and parliamentary affairs with amending the country’s controversial Protest Law. The prime minister’s decision came as a shock to many politicians, who only weeks before were explaining the necessity of the law—issued in November 2013 by interim President Adly Mansour—and following the state line on public protests. The reversal of the cabinet and its allies in parliament is not without warrant, as the law has become an increasingly contentious issue since its enactment. The Protest Law bans protests of more than 10 people without government approval and has played an integral role in the state’s detention and prosecution of thousands of demonstrators and activists since its enactment. The law has been invoked during high profile cases, including those of Ahmed Maher, Ahmed Douma, Muhammad Adel, Alaa Abdul Fattah, and the Tiran and Sanafir protesters. It has also played a role in the Ministry of the Interior and the judiciary’s responses to the dozens of pro-Muslim Brotherhood or student protests since late 2013.

After almost two months of parliamentarians and cabinet members pitching ideas in the media, Ali Abdel ‘Al, the speaker of the parliament, sent a proposed set of amendments to the law to a special joint committee of members of the Constitutional Affairs and Defense and National Security Committees. The draft, which was presented by a group of parliamentarians led by the pro-state Conservative Party, is likely to face some opposition from security-minded fronts. However, support for amendments which would strip the law of many of its original powers is prevalent in the legislature. Though the law has not yet been made ready for an up-or-down vote (and reports on the specifics differ slightly), the amendments under discussion would increase the spontaneity of protests by requiring less notice before their commencement and reduce the personal and political costs involved in protesting by both scaling down the sentences of offenders and legally curtailing the methods police may use to disperse protesters.

If parliament passes the law, a process that is likely to include input from relevant cabinet ministers, the amendments will move to the State Council, giving ministry officials one last chance to veto the process. As the cabinet ministries, particularly the Ministry of Interior, have had the first and the last say on the shape of these changes, the question of their interests in the matter must be raised. What could serve as the impetuses for this sudden policy shift and what do officials stand to gain from it?

While foreign governments and international organizations have loudly criticized the law, direct foreign influence in precipitating this decision can be ruled out. The European Parliament issued a statement on March 10 condemning the murder of Giulio Regeni, the treatment of local activists, and calling for Egypt to review the Protest Law. However, this not only failed to slow implementation of the law, but also proved politically ineffective as the Egyptian parliament’s only reaction was to say that it would not tolerate foreign interference in its affairs. The United States has similarly struggled to exert meaningful pressure on the Egyptian government over this issue. Both the State Department and the White House have largely overlooked the matter in their bilateral relations with Egypt, and Secretary of State John Kerry has generally been silent on the law even as he criticizes other issues or events.

Another unlikely explanation for the proposed change is grassroots domestic pressure. Egyptian civil society groups have openly opposed the original law, and protests have continued regularly despite it looming over dissidents. But the ability of these groups to open public space for dissent also appears weak. The size of opposition protests has progressively diminished over the last three years. More politically active groups such as the Egyptian Medical Syndicate, which led three medical strikes in five years, have neither focused specifically on the Protest Law nor substantially influenced other state policies.

If the change is due neither to foreign influence nor public pressure on the government, the reasons behind the amendment of the law are likely to come from some internal calculus. But why would a government that has arguably been intent on dominating the public space consider willingly impeding its own efforts? The answer lies in a sophisticated bit of misdirection. The Ismail cabinet appears to have fallen back on a tactic used by the regime of longtime President Hosni Mubarak: cloaking authoritarian actions in liberal trappings. The crux of this strategy is the utilization of issue-framing techniques to convince domestic and international actors that new methods of state control or preservation of the status quo are actually political openings for opposition. Other Middle Eastern states have successfully employed this technique in the past and Egypt appears to be favoring it now because, while amendments would likely win superficial praise from foreign governments and some local civil and political activists, it is unlikely to threaten the current relationship between the state and society.

Though stripping the Protest Law of its worst excesses could be considered a positive step, the Ismail cabinet and figures within the parliament are quietly moving to ensure that the state is able to sidestep any effects from those amendments. The original role of the Protest Law from a political perspective was to legitimize cracking down on dissent. In order to mitigate the potential revisions to this law, political actors have introduced several new laws that would couch those same powers in more diverse legislation. For instance, a recent draft of a proposed cybercrimes law would criminalize running Facebook pages or websites that incite protests. The draft law on the production and possession of illegal materials also criminalizes connection to materials that might be utilized to spread dissenting opinions. Furthermore, the recently enacted Anti-Terrorism Law provides a vague definition of terrorism that can be easily construed to include citizens organizing or participating in opposition protests, and the old Illegal Assembly Law and relevant Penal Code provisions remain in effect. The minister of justice has also stated his intention to make all previous violations of the Protest and Anti-Terrorism Laws a part of convicts’ permanent records, which must be presented to government officials in a variety of personal and legal situations in Egypt.

Thus, a successful acceptance of this move would be a two-fold victory for authoritarian figures within the Egyptian regime: maintaining their control over the public sphere while granting the normative benefits of appearing more liberal. Even the protests allowed under the most progressive vision of the amended law would be weak at best. State agencies would still have the power to intervene and prevent protests by large coalitions, like those that precipitated the January 25 Revolution, instead funneling determined opposition toward small, single-issue demonstrations that could act as safety valves for public discontent. This is not to say that foreign and local rights groups should not be supportive of the potential for such protests. However, greater pressure must be brought to bear on the Egyptian government to ensure a more comprehensively protected legal space for opposition voices is established and maintained. The current plan to amend the Protest Law will not fully safeguard the rights of peaceful protesters within the public sphere and should therefore cause observers to think critically about the motives of the Egyptian state before applauding a move that is likely to maintain the status quo.