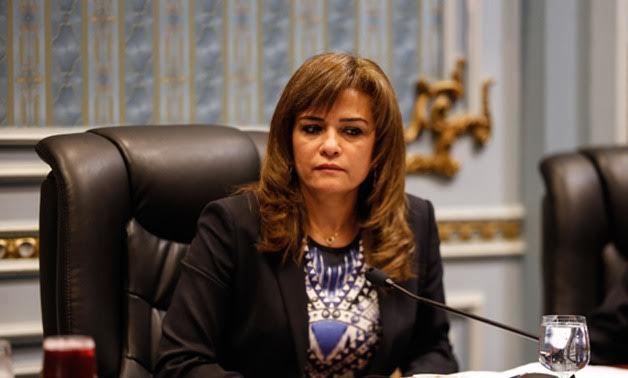 Maya Morsi, the head of Egypt’s state-affiliated National Council for Women (NCW), announced last week that the NCW had completed the first phase of a program to increase women’s participation in local council elections, reaching over 12,500 prospective candidates. Although the law governing local council elections and any decision on quotas are still in discussion in parliamentary committees, Morsi stated that she expected women to make up 35 percent of the final local council seats. But a focus simply on percentages of women in government, be it at the local or national level, obscures larger concerns about women’s participation in what is essentially a closed authoritarian system

Various studies and international organizations have noted the benefits of increased women’s representation in government, particularly within authoritarian systems. Advocates argue that increased women’s representation leads to “higher standards of living, increased government responsiveness, greater cooperation within government, reduced partisanship, and greater commitment to peace.” The increase of women’s parliamentary representation and political power, therefore, is an issue of great importance, and gender quotas are one of the most common ways in which governments seek to increase the number of women in elected bodies.

Women made historic gains in Egypt’s most recent parliamentary elections, filling a record 87 seats, or nearly 15 percent of the total. The numbers were celebrated by the head of the Egyptian National Center for Women’s Rights as the result of long-term efforts to introduce more women into politics. These historic results, however, deserve closer scrutiny. A quota, imposed by Law No. 46 of 2014, required party lists to include a certain number of women; without this one-time quota, women’s representation would have been about four percent, around the same as in previous elections held without a gender quota. Former member of parliament and Deputy Head of the General Union for Egyptian Workers Saher Osman has noted that save for the effect of the quota, the situation for women’s representation has “remained unchanged for decades .” To better understand whether a meaningful advance has truly been made in women’s rights and representation as a result of the quota, it is important to consider both the efficacy of quotas in this context and the subsequent effectiveness of women seated in parliament.

While opinions on the efficacy of quotas vary, they are a common and seemingly popular option for increasing women’s representation in government. In 2009, the Institute for Women’s Studies in the Arab World dedicated an issue of their journal, al-Raida, to the topic. A common argument in favor of the quota, used in countries as varied as Afghanistan and France, is one articulated by Marguerite El-Helou in al-Raida, that quotas are “a badly needed temporary measure to break down the social, cultural, and political barriers to actual gender equality in basic, constitutionally protected citizenship rights.”[1] At the same time, others, including Mona Lena Krook, have argued that quotas are more of a token gesture than the sign of a deep commitment to gender equality: They allow elite political actors to appear concerned about the plight of gender inequality while ignoring deeper issues related to the rights and mobility of women in society.[2] Furthermore, women elected to parliament as the result of a quota system can often feel that they are viewed as representatives solely of women, and not any other constituent group, as well as hitting a “glass ceiling” of sorts with representation.[3] Critics of gender quotas often argue that the women who are elected via quota are generally loyal to the party establishment, a concern that grows when presidential appointment of representatives is allowed, as is the case in the Egyptian context.[4]

The potential for a quota to succeed is often heavily context-dependent, and must go hand-in-hand with efforts to resolve other factors that often hold back women’s participation like family role expectations, gender stereotypes, and educational and professional gaps. A report by the Australian government argues that quotas should be supplemented with training and support programs for female candidates, along with greater gender sensitivity and the removal of larger societal barriers to women’s participation.

Many of these academic concerns about quotas are borne out in the examination of the Egyptian parliament, where historically women’s representation has been, in large part, the result of a quota. In the years following 1956—the first time women were eligible to run for office—various quotas were imposed and removed, causing women’s representation in elected office to fluctuate wildly. In 1984, a proportional representation system was introduced, and the percentage of women in parliament was below eight percent, before quotas were eliminated entirely in 1987. A gender quota was only reinstated in 2010, when women accounted for 12 percent of parliamentarians. Following the January 25 Revolution in 2011, all quotas were removed for the 2012 elections, where women’s participation dropped again.

Democracy International’s 2015 report on Egypt’s parliamentary elections makes the argument that the quota system was “unlikely to meaningfully increase” representation. Female politicians in Egypt still face obstacles such as a lack of funding, patriarchal attitudes, and a lack of female party leadership. Writing in al-Raida, D. Dahlerup notes that quotas generally fail to address issues of “campaign financing, intimidation, and harassment;” these shortcomings are likely to be even more pronounced when the quota is potentially a one-time imposition, as is the case in Egypt. While an admirable first step, it is crucial that efforts to boost women’s political empowerment continue beyond the 2015 elections.

Whether the quota system in Egypt has had a meaningful impact on the long-term development of women’s participation in politics is one question. Another question, closely related to the first, is what impact Egyptian female parliamentarians have had once elected into office. While women are committee heads or deputy heads, their positions are often in the less powerful committees or ones with a stereotypically feminine bent. The committee with the highest proportion of women at the time of publication is the Social Solidarity and Family Committee, where four out of nine members are female.  Ninety-two percent of the parliamentary committees in the first session had at least one woman voting in them, yet women are often absent from high-profile issues and debates. A recent exception to this rule is the censure of Representative Ilhami Agena, who called in late September for “virginity tests” for female university students. Female members such as Mai Mahmoud led a campaign to launch an official complaint against Agena, who was later referred to the parliamentary ethics committee for his comments.

Another prominent female parliamentarian is Margaret Azer, who was the deputy chairwoman of the human rights committee during the first session (while still a member of the committee, Azer is no longer in a leadership position). Azer worked to ensure that a burden of punishment fell on medical providers of FGM during the drafting of a recent law that increased the penalties for the practice, and has proposed a law that would equalize penalties for adultery between men and women.

Despite high-profile work by some individual female representatives, the impact of these women as a group is still fairly limited, and the membership of this fairly exclusive club illustrates many of the concerns raised regarding gender quotas. In the current parliament’s first session, only two committee heads were women, out of a total of 25. Sahar Talaat Mustafa, a former member of the National Democratic Party (NDP) of ex-President Hosni Mubarak, is one of the top funders for the For the Love of Egypt party list and was head of the Tourism and Civil Aviation Committee. Another member, Mai al-Betran, is the daughter of a long-time parliamentarian in the NDP; she heads the Information and Communications Technology Committee. Out of the 87 women in parliament, 14 were appointed by President Abdel Fattah El-Sisi. Ghada Abul Qomsan of the Egyptian Center for Woman’s Rights has argued that aside from the quota, women were not provided party support in their campaigns; instead, many parties attempted only to meet the bare minimum. Former member Saher Osman, in an interview with Watani, concurs, adding that what is needed are “new policies, new societal attitudes, new structures and new outlooks for women’s participation to become effective.”

The promise of future local council elections, with a proposed quota for women being debated in the parliament, may provide an opportunity for further development of women’s political participation, as the NCW seems to have recognized. While women’s participation in local government is especially important, some concerns remain about the context in which the local elections will be held. On the one hand, though women’s participation in local government would not be a panacea, it would provide the opportunity to further normalize women’s participation in political life and potentially address the stereotypes and barriers that currently obstruct women in their efforts to participate politically. On the other hand, past experience with local council candidates has seen female candidates serve as proxies for their male family members, an issue that was common under Mubarak and the NDP. And given that the past parliamentary elections raised concerns about the controlled nature of the Egyptian political system, it is likely that the local council elections will again result in the selection of candidates because they are, at the very least, palatable to the state. True progress on the issue of women’s political representation in Egypt will come only when women are freely elected and independently operate once in office.