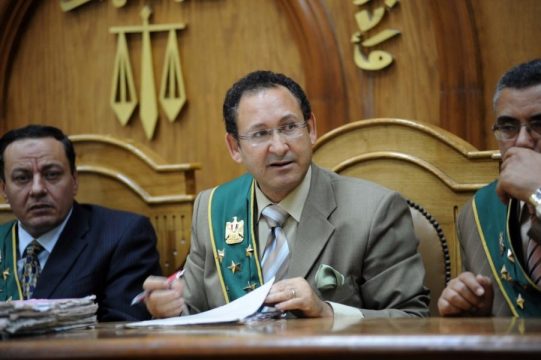 “Churches are owned by God, not by people.” Thus an Alexandria administrative court ruled on March 28, 2016, in a case between the Coptic Orthodox Church and a plaintiff who had bought land from the Greek Orthodox Patriarch. Years after the sale, Pope Tawadros II, intervened to prevent the demolition of a church that was on the purchased land. The ruling is significant for many reasons.

First, the court held that the pope could intervene in a case that had no bearing on the Coptic Orthodox Church. The house of worship previously belonged to the Greek Orthodox patriarchate and was sold to an individual through a legally valid contract. However, because the Coptic pope is a “representative of Christians” in Egypt, the court found that he had standing to sue for injunctive relief.

Substantively, the court further ruled against the demolition on the grounds that a church cannot be used for anything other than worship, nor can it be demolished, stating that demolishing a church is against the public order. Finding precedent in a 2004 Supreme Constitutional Court decision, the court found that even if a church is demolished, it must be rebuilt. (The 2004 ruling equated the legal status of churches to that of mosques, finding that a church cannot be sued in the same way that mosques cannot be sued, a precedent that many hoped would lead to equal treatment of the two religions’ houses of worship.)

The defendant’s arguments, resting on the legality of the contract of sale between himself and the Greek Orthodox patriarchate, were rejected because the 2004 Supreme Constitutional Court’s decision had already come into force. The court said that churches and mosques become God’s property, not those of the worshippers, when they are designated or used for worship.

Although settling the dispute between the Coptic Orthodox Church and the property owner, the court appealed to the legislative branch to accelerate the process of issuing the long-awaited church construction law. This law has been discussed for years, but the debate has stalled since Article 235, a transitional provision, was included in the 2014 Constitution. It states that the House of Representatives shall issue a law that regulates the construction and renovation of churches, in its first legislative term, a deadline that is set to expire in October 2016. Thus, any discussion of a draft law has been put on hold until the House of Representatives was elected, which it is now. (Eshhad’s issue brief and TIMEP’s analysis on church construction laws discuss this issue at greater length.)

The main problem is, of course, that Christian houses of worship are not treated equally before the law. The laws themselves are neither settled nor are they equal, and to exacerbate the problem, houses of worship have repeatedly been targets of sectarian conflict over the last five years. Since August 2013, over 120 churches or their facilities were targeted throughout the country. A majority of those churches were targeted in August 2013 in the wake of the Rabaa al-Adaweya dispersal. President Abdel-Fattah El Sisi promised the Christian community in late 2013 that the damage caused during the widespread attack would be reversed; however, many of those churches have not been re-constructed despite government promises and court requirements. So far, only a handful of churches have been restored; there are at least 50 remaining, leading to Sisi’s vowing in January to complete renovations and repairs by the end of 2016.

However, the promises from Sisi do not touch the full scope of the need that churches have regarding renovation or construction of places of worship. There are dozens of examples, but St. George Church in Qena is a case in point. In January 2015, a fire destroyed the courtyard and the tent where worshippers met. This is the second time the church has allegedly been a target of arson, the first being in 2010. No renovations took place and in January 2016, when a tent was erected in the church courtyard, a police report was filed against one of the pastors. The history of this particular church goes back a couple of decades, when it received demolition and construction permits from the government in order to renovate. Local Muslims prevented the church from completing any renovations; in 2005, the church obtained an administrative judgment (similar to the ruling by the Alexandria administrative court) in its favor to renovate. This judgment has not been implemented.

Court rulings and presidential decrees are all positive steps and the decision by the Alexandria Administrative Court is indeed establishing precedent. However, without the political will to implement these orders, many decisions get forgotten in decades of paperwork, mobs of angry locals, and years of police hesitancy. Article 64 of the Constitution, as well as several court decisions, mandate the equal treatment of churches and mosques.

Equal treatment would mean two things: first, that both churches and mosques fall under the same laws, and second, that the law is implemented and enforced. As it stands, the law does not meet equal treatment standards. In November 2014, representatives from the Catholic, Coptic Orthodox, and Protestant churches drafted legislation that has since been sent to the House of Representatives. The legislation proposes that construction permits for both churches and mosques fall under the Ministry of Housing, requiring only that notice be sent to the relevant authority. The draft legislation further proposes that if authorities do not respond within 60 days, construction can begin.

If such a law is passed, one that treats both mosques and churches equally and meets constitutional standards, the next step would be to implement the law and to enforce it. Decades of local practice has led to a culture of impunity. Local gangs or mobs act freely and police frequently do not intervene (in some unfortunate cases, the police join in the violence, such as the April 2013 attack on the St. Mark Coptic Cathedral in Cairo). This is by no means a small task, but a task that the legislature, courts, and local police forces will have to address in order to meet basic constitutional standards of equal protection.