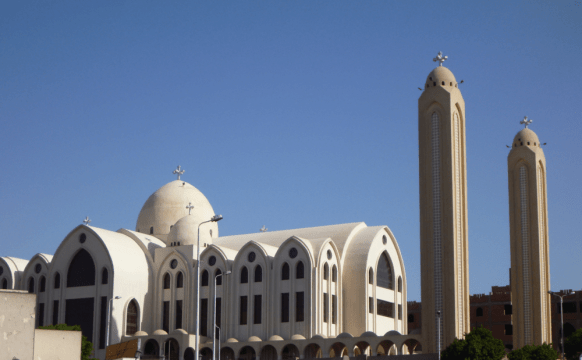 On August 30, Egypt’s House of Representatives fulfilled one of their constitutional mandates by passing a church construction law before ending their first session. The law—agreed to in closed-door meetings of Egypt’s Cabinet and representatives of Christian denominations—was rushed through the parliament with minimal debate, after an earlier draft was amended beyond the churches’ liking. Legislators congratulated themselves for their work, waving Egyptian flags and chanting “Long live Egypt!” and “Long live the crescent and the cross!” But several parliamentarians, including Christian members and notably Nadia Henry, registered their dismay with the law, as have rights groups. Despite the government’s enthusiasm, the law appears to be a superficial addition to the tangle of regulations that already govern church construction, and is unlikely to make a significant difference for Christians, let alone other religious minorities.

The most immediate problem with the law is that it applies only to churches and their related buildings (administrative offices, centers for cultural affairs, buildings for serving the needy, and the like). For several years, notably since the January 25 Revolution of 2011, activists have called for a unified houses of worship law that would govern the building and maintenance of at least mosques, churches, and synagogues, and, depending on the draft, other religious buildings as well. While efforts have been started to that effect at several times, and though a few parliamentary voices in the current debate were calling for such an act, the cabinet made no serious recent attempt to include mosques or other religious buildings. Mosques are instead subject to regulations from the Ministry of Religious Endowments, or Awqaaf, with imams provided by the ministry and trained by state-affiliated al-Azhar University. Both the ministry and al-Azhar have consistently opposed a unified houses of worship law, and Egypt’s political leadership quickly yielded to their pressure, choosing instead to pursue separate legal approval processes for Christians and Muslims and leaving other religions entirely without a process for building a meeting place.

The new act was negotiated directly between the highest levels of political leadership and the highest levels of church leadership, leading to a lack of input from other stakeholders. Whatever its limitations, Egypt’s House of Representatives is the only elected body in the country, and its members were unable to meaningfully alter a bill handed to them from the Cabinet—despite the fact that its members had submitted several proposals for a church-building law. While the churches were represented, only three denominations are legally recognized: the Orthodox, the Catholics, and the Protestants, with no recognition of the differences within the denominations. (Earlier this summer, for example, the Anglican Church’s Diocese of Egypt was denied recognition as a separate legal entity; it remains in the Protestant denomination, which is primarily Presbyterian.) This setup totally excludes sects not recognized by any denomination, such as Mormons or Jehovah’s Witnesses, who have no legal standing in the country.

Beyond the problems with the process of drafting and approving the bill, the law itself is no simplification of the process of construction. The law, as circulated, does not explicitly repeal any previous laws or regulations restricting the building of churches. Though presumably the new process of gubernatorial approval of church buildings supersedes the Ottoman-era requirement for the sultan—later the king, then the president—to sign off on any new churches, vague language such as “appropriate height” of towers “taking into consideration” numbers of Christians leaves open the question of whether other longstanding restrictions will be enforced. The law also submits the building of Christian religious buildings to administrative permits, including general building (Article 6) and health and safety standards (Article 1, Section 5). While such permits are understandable and perhaps even admirable, officials have arbitrarily withheld such permits from Christians in the past and may continue to do so.

One facet of the law being sold as an improvement—the fact that governors are to approve requests for new churches—is in fact not a new one. Presidential Decree 291 of 2005 delegated the president’s powers to approve church construction and renovation requests to provincial governors, with no real effect on the rate of church building. The new law mandates that officials approve requests or give reasons for denying them—but so did the 2005 decision. Like the decree, the latest law provides no enforcement mechanism for failures to approve permits, nor does it give guidelines or examples of reasonable denials of applications. Governors of Egyptian provinces are appointed by the president and frequently come from the security services. They are in no way accountable to their population, and have a record of appeasing the populace rather than protecting minority rights. The new law does nothing to change governors’ duties or motivations, nor does it add accountability to or an appeal from their decisions.

The law, as noted above, makes the building of churches contingent upon the number and needs of members of a Christian denomination already existing in a particular place. There are several problems with this, but the most obvious one is this: Who will count the Christians? Egypt has not made public its religious data from the 2006 census, its most recent. The last formal count, in 1996, was that Christians comprised 5.7 percent of the population, and a 2008 survey put the proportion slightly lower; but the Coptic Orthodox Church consistently claims that the true share is over 15 percent. Conversions from Islam are not recognized by the government, but they do occur; how would this affect the share? What about the fact of conversions among denominations, or evangelical church-planting movements among Christians in areas dominated by the Orthodox? The law makes no mention of the procedure for establishing this proportion. Churches are also built in consideration of the number of “citizens of the Christian denomination” applying for the permit, leaving open the question of whether Western, Sudanese, and Asian Christians—all of whom are present in Egypt in large numbers—are able to build their own houses of worship.

All of these issues raise the question of why Egypt’s church establishments supported the law. One prominent win for the churches is Article 9, which grandfathers in all existing church buildings as licensed under the law. Churches took advantage of the security vacuum as police and other interior ministry forces largely withdrew from law enforcement in the immediate aftermath of the 2011 revolution, undertaking a number of construction and renovation projects for which they had been unable to secure presidential or gubernatorial permission. The legality of these buildings was a major concern among Christians, and the new law appears to guarantee their protection, assuming the churches are able to obtain the safety permits the law requires.

Despite that guarantee, it is unlikely that the new law will significantly ease the process of building churches. Christians, as well as activists who support their freedom of worship, have been pushing for a new regime to govern the construction of their places of worship. This act of parliament does nothing to substantially ease the burden facing Christians, and, by focusing exclusively on churches, maintains both the division between Christians and Muslims and the exclusion of smaller religious minorities in Egypt. (Ironically, the Nour Party has criticized the law as granting special privileges to Copts.) Officials can continue to discriminate against the Christians, and—even if administrators agree—local populations will continue to hold veto power against churches. Parliamentarians’ chants notwithstanding, the law does nothing to ensure that the cross will live on beside the crescent in Egypt.