In partnership with Tree Media’s Need to Know (N2K) project, the Tahrir Institute for Middle East Policy (TIMEP) has produced a video series unpacking the diplomatic conflict related to the Grand Ethiopian Renaissance Dam (GERD) situated on the Blue Nile River. Since construction on GERD began in early 2011, it has been a political flashpoint between Egypt, Ethiopia and Sudan, with each nation staking out competing claims about how GERD poses either an opportunity or a threat to their respective countries. This video series is an ongoing project that will continue monitoring and analyzing the ongoing crisis.

GERD by no means represents a new issue—during the late 1970s, when Ethiopia expressed its interest in building a dam, Egyptian President Anwar al-Sadat threatened war.  Relations between Egypt and Ethiopia have been cold at best since then and following the failed assassination attempt on former president Hosni Mubarak in the summer of 1995 in Addis Ababa, which largely contributed to Mubarak’s subsequent neglect when it came to increasing Egypt’s influence on Ethiopia. During his ouster in 2011 and following a succession of turbulent years that forced Egypt’s various regimes to look inward, the Ethiopian state hastily worked on commencing construction of GERD.

For its part, Ethiopia has asserted that GERD offers a once-in-a-lifetime pathway to energy independence and economic prosperity for its bustling population. According to Ethiopian Prime Minister Abiy Ahmed, filling the dam is a legal exercise of Ethiopian sovereignty over domestic natural resources and the nation should be applauded for its significant efforts to usher in higher quality of life across the country. In reality, however, the Ethiopian government has rejected and stalled direct diplomatic talks with both Egypt and Sudan, and essentially blocked or stalled all efforts of mediation by African, European, and North American nations.

Downstream, the Egyptian government has vocalized fears that the dam’s ambitious filling schedule will impose a brutal drought on its own population. According to President Abdel Fattah El-Sisi, the GERD symbolizes an existential threat to millions of Egyptians. Unfortunately, there are few signs of compromise on the horizon. Caught in between its neighbors, Sudan has called for a legally-binding agreement between the relevant parties while also painting the GERD as an urgent national security concern. Despite international efforts to mediate negotiations, significant disagreements remain about how to proceed and the issue risks devolving into conflict if all countries maintain their positions. Both Egypt and Sudan have been calling for more diplomatic dialogue. This video series, which is made up of seven videos, can be found below: 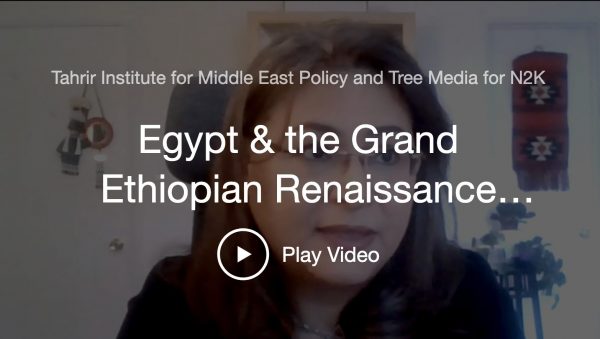 Mirette F. Mabrouk is the Middle East Institute’s Egypt Program Director and Senior Fellow. She has extensive experience in journalism and has authored numerous works on the region.

Adil Abdel Aati is the former Acting President of the Liberal Democratic Party (LDP) of Sudan and current Strategic Advisor to the President of the LDP. He is also the Founder and Board of Directors of the Harambi Foundation, a Warsaw-based NGO established to advance democratic values and social dialogue. 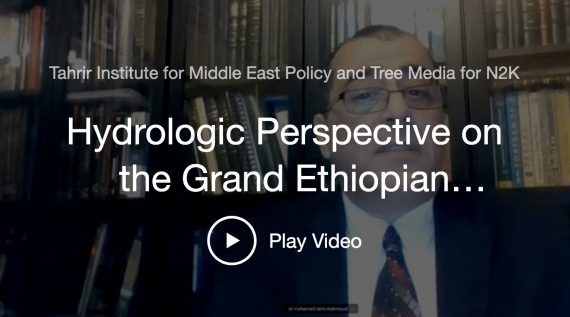 Dr. Mohamed Rami Mahmoud is an Egyptian Civil Engineer and Research Professor with the National Water Research Center in the Ministry of Water Resources and Irrigation. He received his PhD in Water Resources Planning and Management from Colorado State University in 1995 and has held several roles as a researcher and consultant.

An American Perspective on the Grand Ethiopian Renaissance Dam 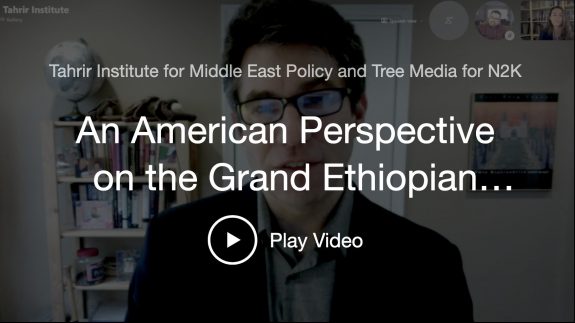 Steven A. Cook is the Eni Enrico Mattei senior fellow for Middle East and Africa studies at the Council on Foreign Relations. Cook has authored several books on Middle East politics and democracy. He is also a columnist with Foreign Affairs magazine.

An African Perspective on the Grand Ethiopian Renaissance Dam 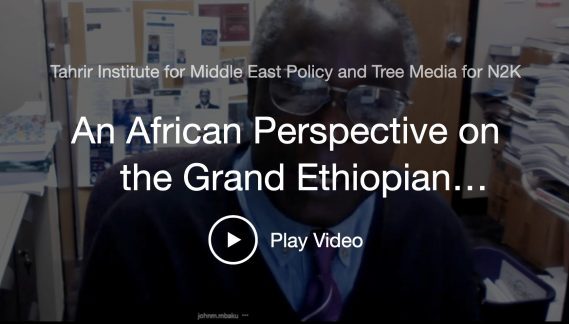 John Mukum Mbaku is a Brady Presidential Distinguished professor of economics at Weber State University and Non-Resident Senior Fellow at the Brookings Institution. He has published extensively on sustainable development and international human rights, including three books on Africa.

Filagot Tesfaye, President of the Ethiopian Women in Energy Association and Managing Director of On Energy Consult

Filagot Tesfaye is an Ethiopian engineer and founder of ON ENERGY, a electricity and energy consulting firm working to advance clean, sustainable energy solutions. She is also the founder of the Ethiopian Women in Energy Network and member of Global Women Network for Energy Transition.

The Dynamics of the Grand Ethiopian Renaissance Dam 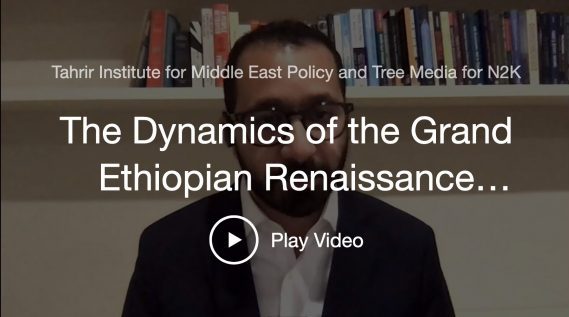