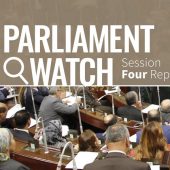 This report serves as the fourth full session report in the ongoing Egypt Parliament Watch project and provides analysis on the parliament with sections on parliamentary performance and legislation, along with appendices detailing a timeline of the fourth session and the report’s methodology.

TIMEP’s infographic “Amending Egypt’s Constitution” helps users better understand the process for amending the constitution as laid out by Articles 133 to 143 of the House of Representatives’ bylaws and Article 226 of the constitution.

Infographic: How Does a Bill Become a Law in Egypt?

Since Egypt’s House of Representatives first convened in January 2016, it has passed numerous pieces of legislation, with significant implications for the political, economic, and social lives of Egyptians. Yet, the process by which these laws are conceived of, deliberated on, and approved is often difficult to navigate. TIMEP’s infographic “How Does a Bill Become […] 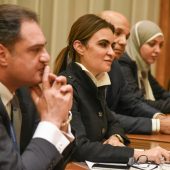 A television commercial showed beautiful young people walking out on their daily jobs, launching a homemade jam company, a food truck, or a designer furniture store. A voiceover promised that the new investment law will give “exceptional incentives to small companies, especially youth, women, entrepreneurs, and startups.” The unusual advertisement, which began airing during evening […] 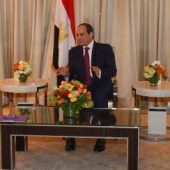 Egypt’s Payroll Is Fine, but Its Revenues Are Too Low.

Throughout June, the Egyptian cabinet and parliament debated a budget for the 2017–18 fiscal year, which began on July 1. The budget has been referred to in Egypt as the “IMF budget” due to the number of restrictions in an austerity program imposed by the International Monetary Fund. The IMF—which approved a $12 billion package […] 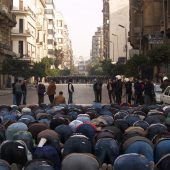 TIMEP Nonresident Fellow Mai El-Sadany had an article published in the World Policy Journal‘s Summer 2017 issue, entitled “Justice Denied.” The introduction of her article is excerpted here with their kind permission. The Egyptian Parliament is considering a bill to require residents to submit their names, ID numbers, and email addresses to a federal authority before using social […] 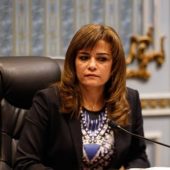 Women and Quotas in Egypt’s Parliament

Various studies and international organizations have noted the benefits of increased women’s representation in government, particularly within authoritarian systems. 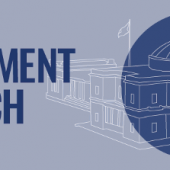 A parliamentary delegation from the Budget Committee traveled to the United States to meet with various financial and budgeting agencies, as well as local organizations. The delegation is discussing Egypt’s economic reform program, anti-corruption measures, and the budgeting process.

President Abdel-Fattah El Sisi participated in the recent G7 Summit in France, and members of Egypt’s House of Representatives praised the event as signifying Egypt’s economic and diplomatic prominence on the international stage.

Following a car bomb explosion outside of the National Cancer Institute in Cairo on August 4 that killed 20 people, members of Egypt’s House of Representatives condemned terrorism in Egypt. One representative blamed the Muslim Brotherhood for the attack, and others asserted that the attack would not deter Egyptians’ resolve to counter extremism.
The International Relations Committee from the Pan-African Parliament convened in Egypt August 5–8 to discuss regional concerns to the institution. Several officials from the Egyptian House spoke at the continental body’s sessions, highlighting Egypt’s diplomatic efforts and counter-terrorism measures within Africa.

When, on January 10, 2016, Egypt’s current legislature gathered under the dome of the parliament building, the country completed the final step in its “democratic roadmap.”  This roadmap had been announced in 2013 by Abdel-Fattah El Sisi, then minister of defense, upon the ouster of President Muhammad Morsi. Sisi declared that the transition to democratic rule would require amending the constitution, the selection of a new president (through which Sisi rose to power) and parliamentary elections, held over six weeks in late 2015.

But simply convening as a parliament does not necessarily mean that body is truly engaging in democratic practice; further analysis is necessary to examine the legislative function of the parliament and the ability of representatives to uphold their sworn oath to respect rule of law and the interests of the Egyptian people.

It is TIMEP’s hope that this project and the analysis found herein will be of use to those interested in Egypt’s progress toward more democratic representation, which was and has been a key demand since the 2011 revolution. As with all of TIMEP’s work, it is intended to inform policies that will support the role of truly democratic institutions as part of a holistic policy program that holds human rights and rule of law as both inherently valuable and integral to security, stability, and prosperity.