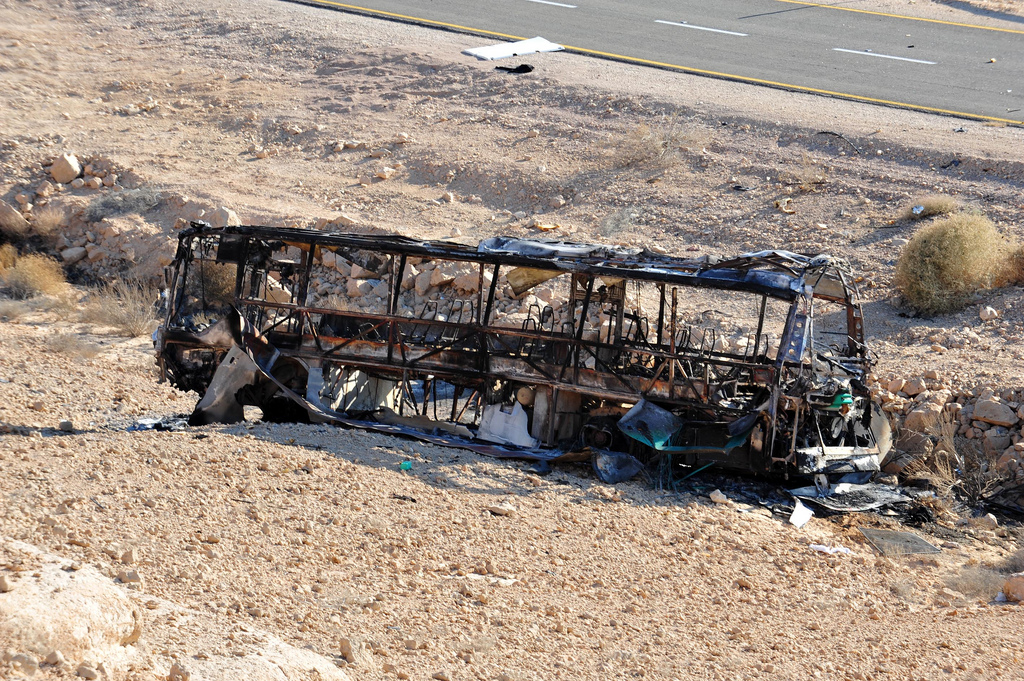 In Sinai, Egypt has been waging a “War on Terror” since the summer of 2013. Indeed, the Egyptian military had been waging a counter-insurgency campaign against salafi jihadi militants in the peninsula for almost two years before the ouster of President Muhammad Morsi. However, following Morsi’s ouster and the interim authority’s crackdown on pro-Morsi demonstrations, Sinai’s militants waged their own campaign of terrorism west of the Suez Canal.

A year after Egypt began yet another political transition, and just a month after the inauguration of a new president, Abdel-Fattah El Sisi, there is both good and bad news to report. The good news: Egyptian officials insist they are winning their battle against terrorism and, as it regards Sinai, this contention is true in some respects. In the short term, Egyptian security forces appear to have disrupted the ability of Sinai-based actors to carry out attacks outside the peninsula.

The bad news is that Sinai’s insurgency continues inside the peninsula: near daily improvised explosive device (IED) attacks and shootings against security patrols and the cold-blooded murder of police plague the governorate of North Sinai. Further, the very methods used to tighten the noose around Sinai’s violent actors—mass arrests, the destruction of homes, curfews, communications cuts, and pummeling villages with Apache fire—add fuel to the insurgency, leaving a bitter taste in the mouths of local populations who have seen only violence from the state in recent years. In addition, although the export of terrorism to “mainland” Egypt has ceased, there has been a growth in terrorist attacks across Egypt’s urban areas completely unrelated to actors in Sinai.

An evaluation of the past year of terrorism and counterterrorism, insurgency and counterinsurgency, can signal the prospects for the Sinai security situation over the near-term and long-term. It is also necessary to evaluate the positive and negative results of possible developments in the peninsula and in Egypt overall.

Under the banner of Ansar Bayt al-Maqdis (“Supporters of Jerusalem”), Sinai-based salafi jihadis first struck outside of the peninsula in the failed September 2013 attempt to assassinate Interior Minister Mohamed Ibrahim. Major attacks in late 2013 culminated with the massive December 24 car-bomb targeting the security directorate building in Mansoura. At least 15 were killed and surrounding buildings collapsed. By the end of January 2014, the pace of attacks had increased and it appeared there was no slowing Ansar Bayt al-Maqdis. On January 24, the group carried out simultaneous bombings in Cairo, including the targeting of the Cairo Security Directorate. Operatives from the group closed out the month with assassinations of a police general and an interior ministry official. Meanwhile, in Sinai, on January 25 Ansar Bayt al-Maqdis used a man-portable air-defense system (MANPADS) to take down an Egyptian military helicopter operating around Shaykh Zuwaid.

Despite the intensified pace and lethality in January, Ansar Bayt al-Maqdis has not attacked outside the Sinai Peninsula since then. These attacks in Cairo, and especially the MANPADS attack in Sinai, concentrated the focus of Egyptian military leaders, including then-Defense Minister Sisi. Egyptian forces stepped up their campaign in Sinai. In January, the official spokesman of the Egyptian armed forces released 29 statements about operations in Sinai that month; there were another 19 statements in February. The Egyptian press, often citing anonymous security figures, claimed dozens were killed in repeated Apache strikes.

Ansar Bayt al-Maqdis has yet to be defeated, but its operations appear to now be limited to the peninsula and its pace of major attacks has drastically slowed. In February of this year the group targeted a tourist bus in Taba, South Sinai. In May, also in South Sinai, two near-simultaneous suicide bombers targeted security forces and a bus of tourist workers.

The de-escalation of terrorism in the Sinai have been aided by good police work, luck, and sometimes a combination of both. An investigation into January 2014 attacks, the February arrest of an Ansar Bayt al-Maqdis operative, and the March chase-down and killing of another operative led police and the military to an Ansar Bayt al-Maqdis safe-house on March 19, 2014. The joint-forces raid and hours-long shootout in Qalyubia Province led to the death of six militants and the capture of eight others. In addition, Egyptian forces seized a large amount of weapons and explosives and, reportedly, maps of other security directorate buildings around Egypt. In May, the South Sinai attack that injured four civilians could actually be considered a lucky break: the attacker, it seems, panicked after the explosive-laden vehicle he was driving broke down. Ansar Bayt al-Maqdis’ intended target is unclear, but the car broke down on the road to the resort city of Sharm al-Sheikh. In another May incident, the discovery of a truck filled with explosive material east of the Suez Canal led to the seizure of a second truck that had already crossed.

As with the Sinai-based campaign of terrorism, the Sinai insurgency also was affected by the heighted armed forces activity in the peninsula. According to data collected by The Tahrir Institute for Middle East Policy, in January 2014 there were 16 attacks in Sinai against police, soldiers, and Egypt’s gas pipeline—the latter being part of what Ansar Bayt al-Maqdis refers to as “economic warfare” against the state. In February, the number of such attacks dropped to just six. As the Egyptian armed forces sustained the Sinai campaign, insurgent attacks remained low. According to TIMEP, there were four attacks in March and eight in April.

One of the lessons of this period, however, is that despite the decrease in attacks in February, March, and April, the Sinai insurgency still has strength. By following official statements and news reports, it appeared as if the armed forces backed off in May. That month saw a resurgence of attacks in Sinai: 14, including the two South Sinai bombings, which were the first attacks claimed by Ansar Bayt al-Maqdis since mid-February.

The immediate successes are at risk in both the near and long term if Egypt fails to match its security efforts with efforts to address the political and developmental grievances of the local Sinai population: grievances that now include loss of life, livelihood, and property during military and police operations. Compensation for these recent losses has been promised in the past, and according to one Egyptian official it already is being provided, but complaints from Sinai’s residents continue.

Another near-term negative factor would be an increase in connections between Sinai-based and international salafi jihadi groups. Although Egyptians make up a relatively small percentage of the foreign fighters in Syria, there is ample evidence that the skills and training some of these fighters gained abroad has been used upon their return to Egypt. Over the long term, the prospects of security in the Sinai could be impacted by the increased presence of foreign fighters, perhaps those in search of a post-Syria jihad.

There also exist positive factors that could solidify immediate security gains. Rhetorically, the Egyptian government expresses sympathy for the plight of the Sinai population. If Cairo actually carries out some of the promised policies on compensation, land rights, and development, it could win over the local population and isolate the remaining violent salafi jihadis. Approval of the state’s policies, leading to decreased support for anti-state violence, could help sustain the long-term success of the military and law enforcement campaigns. This will necessarily include an adjustment in operations to focus on countering violent actors while, as best as possible, avoiding civilian casualties, arrests, or other harms.

Finally, long-term security will depend on increased security at Egypt’s borders and ports of entry. Since the 2011 Libyan revolution, smuggled weapons have helped fuel the insurgency in Sinai and terrorism across Egypt. Egypt must also protect itself from an inflow of foreign fighters and returnees from Syria.

The new government of President Sisi has at least promised to make strides in these areas. It is in Egypt’s best interest to follow through on these promises and it is in the United States’ interest to help. One of the best opportunities for U.S. assistance to Egyptian efforts is in advice and training for more proficient border security and better trained security forces. Previously, the Egyptian interior ministry has expressed plans to focus on countering IEDs and other tools of insurgency. The Egyptian armed forces, under Sisi, considered the establishment of a brand new unit, capable of rapid response. As defense minister, Sisi also called for expanded counter-terrorism training. After becoming president, Sisi discussed raising the “professional standards” of Egypt’s police, even perhaps sending them abroad for training.

Egypt has made effective strides in securing Sinai in the immediate term. However, it will take a lot of work to sustain these gains for the long term. Following the inauguration of President Sisi, Egypt has an opportunity to follow a policy that will benefit the population of Sinai. At the same time, the U.S.-Egyptian partnership can be strengthened by focusing on security training and cooperation.