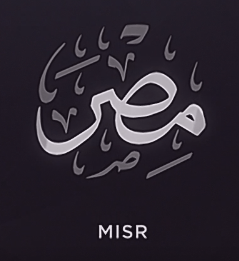 Location: The Islamic State in Egypt’s activity has been concentrated in Cairo and Giza. The group has also claimed attacks in the governorates of Qalyubia, Alexandria, Daqhalia, Damietta, and Gharbia.

Since late 2016, its targeting priority has been Egypt’s Coptic Christian minority, utilizing suicide bombers in three mass-casualty attacks on churches.

Recent leadership: The 79th edition of the Islamic State’s weekly magazine, al-Naba, makes reference to the Islamic State in Egypt’s emir. However, the identity of the emir is not revealed.

Background: The Islamic State in Egypt first surfaced in July 2015, eight months after Ansar Bayt al-Maqdis announced its affiliation with the Islamic State, becoming Wilayat Sinai (“Sinai Province”). The Islamic State in Egypt’s first claimed attack was on July 11, 2015, and targeted the Italian consulate in Cairo with a vehicle-borne improvised explosive device, or car bomb. The Islamic State in Egypt has claimed 19 other attacks as of May 2017, with the majority focused on security targets as well as foreign and domestic government institutions. After a six-month lull in activity in 2016, the group carried out a string of large-scale attacks against Coptic Christians in late 2016 and early 2017. These operations, as well as the article in al-Naba and a video featuring anti-Christian rhetoric, may signal a shift in the group’s focus in the near term.

Ideology: The Islamic State in Egypt’s targeting preferences indicate a clear anti-government stance, justifying some attacks as retaliation for regime oppression. Such rhetoric bears a strong resemblance to that of Wilayat Sinai. In addition to the targeting of security forces, both the mainland and Sinai affiliates have conducted operations against international targets (e.g., the Italian consulate in the mainland, and a Russian airliner over Sinai) as well as the country’s Coptic Christian community. These similarities suggest an endorsement of the Islamic State’s global sectarian project.

The 79th issue of the Islamic State’s weekly magazine, al-Naba, released on May 4, 2017, included a transcript of an interview with the “Emir of the Caliphate’s Soldiers in Egypt.” The leader discussed the Islamic State in Egypt’s relationship with Wilayat Sinai, which he describes as positive and united by the same objectives. The revelation is particularly noteworthy as it confirms that the Islamic State in Egypt and Wilayat Sinai are, in fact, distinct entities of the Islamic State. Further, the emir identified the lack of unity among the Egyptian people as the group’s primary obstacle and calls on Muslims to join the ranks of the caliphate. He discussed at great depth the targeting of churches in Egypt and offered Christians three choices: convert to Islam, pay the jizya (in classical Islamic law, an annual tax on non-Muslims), or be killed. He also warned Muslims to avoid places of gathering associated with the police and the army, as well as locations of economic interest, indicating that these represent legitimate targets.

Since surfacing in 2015, the Islamic State in Egypt has released only a single video, titled “Kill All the Infidels.” The video, released on February 19, 2017, identified the targeting of Egypt’s Coptic Christian community among its top priorities. The video claimed that Copts have come to dominate Egypt’s economic sphere and wield undue influence in the educational and judicial realms. The group vowed further attacks on Christians, following through with the threat less than two months later with the Palm Sunday bombings on churches in Alexandria and Tanta. While the video focuses overwhelmingly on Christians, it also denounces government leaders, Muslim clerics, and political parties who have cooperated with the Coptic Church, suggesting that these may become future targets.

Notable Attacks: The Islamic State in Egypt carried out its first attack on July 11, 2015, with a car bomb that targeted the Italian consulate in downtown Cairo. The explosion killed one person and wounded at least nine others. While it unclear why the building was attacked, the group warned Muslims to avoid sites such as the consulate as they are legitimate targets for future strikes.

On August 20, 2015, the Islamic State in Egypt targeted an Egyptian Homeland Security building in Qalyubia’s Shubra al-Kheima district, wounding 29 people with a car bomb. The group claimed the attack was in retaliation for the execution of six individuals convicted of having ties to the group in Arab Sharkas case.

On May 7, 2016, Islamic State in Egypt militants ambushed a vehicle transporting policemen in the Helwan district of Cairo. The gunmen blocked the path of the minivan and sprayed the vehicle with automatic rifle fire, killing eight policemen. The group claimed the attack as retribution for the incarceration of women in Egyptian jails.

Since December 2016, the Islamic State in Egypt has carried out three major terrorist operations targeting the country’s Christian minority, all on Coptic Orthodox churches. On December 11, 2016, a suicide bombing at the St. Peter’s (Boutrosiyya) Church on the St. Mark’s Cathedral compound in Cairo left 29 people dead and 47 others injured. On April 9, 2017, the group followed up this attack with coordinated suicide bombings at St. Mark’s Cathedral in Alexandria and St. George’s Cathedral in Tanta. The twin blasts claimed the lives of seven security personnel and 40 civilians, as well as injuring over 100 others.