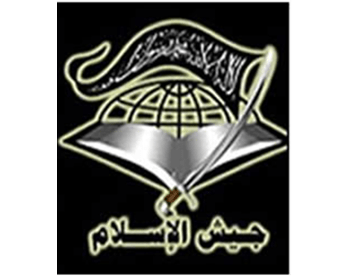 Other Names: Army of Islam

Characteristics: The group primarily attacks civilian targets via kidnappings and bombings. The group has also been known to launch rockets into Israel.

Recent leadership: Mumtaz Dughmush – Dughmush, also known as Abou Abir, is a leader of the Dughmush clan of Gaza City and a former member of the Hamas party.

Background: Jaysh al-Islam was founded by Dughmush in 2006.

On May 19, 2011, the United States designated Jaysh al-Islam a terrorist organization.

Ideology:  In a statement claiming responsibility for the 2007 kidnapping of journalist Alan Johnston, Jaysh al-Islam condemned the occupation of Palestine and held the British responsible for the creation of the state of Israel; the group also condemned the United States as taking part in a crusade against Islam. In this statement, Jaysh al-Islam explicitly stated that there is no difference between the governments of these countries and their people “whose bloody and money are free for the taking.”

The group desires the destruction of nations and the establishment of an Islamic caliphate, and it has publicly praised Al Qaeda and Osama Bin Laden.

The group also has worked to carry out attacks with the Mujahideen Shura Council in the Environs of Jerusalem (MSC).

While Jaysh al-Islam has carried out operations with Hamas’ militant wing, the Al Qassem Brigades, Dughmush has particularly challenged Hamas’ authority, and the two groups have been in serious conflict since as early as 2007. Johnston was kidnapped as a hostage to be used in negotiations aiming for the release of Jaysh al-Islam operatives arrested by Hamas and for the release of Abu Qatada al-Filistini, an Islamic cleric held in Britain. The kidnapping led to months of Hamas attacks on Jaysh al-Islam strongholds.

Three months into Johnston’s arrest, Jaysh al-Islam issued a message to the Al Qassem brigades, praising them for their actions in the Gaza strip, declaring that they would stand behind the group if they were to announce the establishment of an Islamic caliphate, and asking them not to request for Johnston’s release.

Notable Attacks: On June 25 2006, Jaysh al-Islam cooperated with the Al Qassem Brigades and the Popular Resistance Committees (PRC) in the infamous kidnapping of Israel Defense Forces soldier Gilad Shalit. Jaysh al-Islam announced in July 2007, however, that after kidnapping him, the group had handed Shalit over to Hamas.

In August of that year, the group kidnapped two Fox News correspondents and held them in Gaza; this was the longest duration hostages had been held in the territory until that time. While the kidnapping was originally claimed by the unknown “Holy Jihad Brigade,” it was later attributed to Jaysh al-Islam.

On March 20, 2007, Jaysh al-Islam made headlines when they kidnapped BBC journalist Alan Johnston in Gaza. In a video released by the group, they featured journalist Alan Johnston in captivity, with a suicide belt strapped to his waist and asking for intervention to prevent his imminent death. He was eventually freed on July 4, 2007, days after Hamas seized full control of Gaza.

The Egyptian Ministry of Interior blamed a New Years Eve 2011 attack on a Christian church on Jaysh al-Islam. The group denied the attack, which killed 21 church-goers in Alexandria.

An August 5, 2012 attack on a group of Egyptian army soldiers preparing to break their Ramadan fast was credited to Jaysh al-Islam. Although others attributed this attack to the MSC, the group denied responsibility.