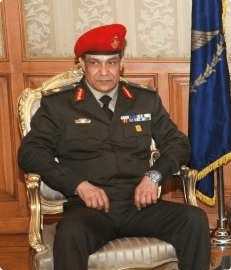 Director of Military Police (since January 2013)

Commander of the Northern Military Zone (NMZ)
Chief of Staff of NMZ under Nabil Muhammad Fahmy.

Shehata has kept a low profile since assuming his current role. He was not a visible figure during the protests against Morsi, the army’s removal of Morsi, and the violence in the months that followed, though military police were visible throughout Cairo and were actively securing the city.

Shehata visited polling places during the constitutional referendum in January 2014.

After an attack on a military police unit killed six members of the security forces in March 2014, Shehata visited the targeted station and ordered expanded security perimeters for police stations.