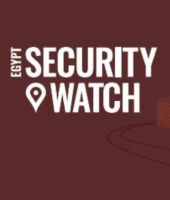 In at least three counter-terrorism raids reported across Egypt, the Ministry of Interior killed at least 12 individuals and Wilayat Sinai reported attacks in Arish and Sheikh Zuweid, including one that it claimed had killed five officers.

In its weekly al-Naba newsletter, the Islamic State reported that its Sinai branch had carried out 228 attacks in the previous year; TIMEP recorded 167 attacks claimed by the Islamic State’s Sinai-based affiliate during that period and Wilayat Sinai continued to claim attacks in North Sinai, using an RPG to target a military tank and engaging in clashes south of Sheikh Zuweid.

A 27-year-old woman was killed in Sheikh Zuweid in a continuing trend of fatalities and injuries due to stray bullets in North Sinai. No individual has claimed responsibility or been held accountable, and Wilayat Sinai continued its insurgency efforts, attacking Egypt’s Saeqa special forces and an M60 tank and engaging in clashes near Sheikh Zuweid.

Civilian fatalities continued in North Sinai, as Mada Masr reported that four children were injured by unmarked improvised explosive device in Sheikh Zuweid and a man was killed after being caught in the crossfire between the military and militants in Bir al-Abd.

A report on Twitter said that 17 suspected Wilayat Sinai militants were killed in strikes by the Egyptian Air Force southwest of Sheikh Zuweid and Arish.
Wilayat Sinai claimed responsibility for two attacks this week and released photos depicting its members observing Eid al-Adha.

This week, a car blast outside the National Cancer Institute in central Cairo killed 20 and injured 47. The Egyptian Ministry of Interior accused Hassm militant Abdel Rahman Khaled Mahmoud Abdel Rahman of perpetrating the attack, but the group denied any responsibility.

The Giza Criminal Court sentenced 14 people to prison on charges that they had joined the Islamic State as part of the “ISIS Students Cell” case.

Kuwait deported eight men to Egypt, amid public condemnation, over terror-related charges stemming from Muslim Brotherhood links and the assassination of Egyptian Prosecutor-General Hisham Barakat in 2015.