A Lebanese protester waves a national flag amid clashes with security forces in central Beirut on August 10, 2020. (Photo by JOSEPH EID/AFP via Getty Images)

Lebanon is currently facing an unprecedented socioeconomic collapse brought about by the country’s ruling class, plunging millions into poverty and desperation. The multiple crises plaguing the country have also laid bare the very weak and fragmented social protection system in Lebanon, whereby accessing healthcare is a privilege for the few, while the pension system in place forces many to continue working after retirement. Meanwhile, the National Social Security Fund, which covers around one-third of the population, suffers from poor mismanagement and a financial crisis.

Karim Merhej is a Nonresident Fellow at TIMEP focusing on corruption, socioeconomic inequality, and governance in Lebanon and Jordan. He is also a researcher and writer at The Public Source, an independent media organization based in Beirut. You can follow him on Twitter at @karim_merhej.

Dr. Marie-Noëlle AbiYaghi is a political scientist. She is currently the director of Lebanon Support and a lecturer at the Institute of Political Science, at the Saint Joseph University. She specialises in contentious politics, political behaviour, and the sociology of public action.

Adib Nehmeh is a consultant and expert on development and socio-economic policies and poverty. He is currently the Senior Policy Advisor for Arab NGO Network for Development (ANND), and an independent consultant on development issues. He worked as a regional advisor on Agenda 2030 and SDGs, at the UN Economic and Social Commission for Western Asia (ESCWA). He worked as a consultant with UNDP Beirut Office between 1995 and 2005 and project manager for poverty reduction policies with Ministry of Social Affairs, then joined the regional UNDP office (SURF-As) as policy advisor for poverty reduction in 2005. He holds a DEA in Sociology, and BA in Philosophy and Law and he is a registered lawyer.

Nabil Abdo is Senior Policy Advisor for Oxfam International’s DC advocacy office. His work focuses on engagement and advocacy in IMF issues and inequality. He is also a researcher and has focused on austerity policies, unions and labor movements in the MENA region and Lebanon, as well as informal economy, fiscal, and socio-economic policies. He is currently based in Beirut. 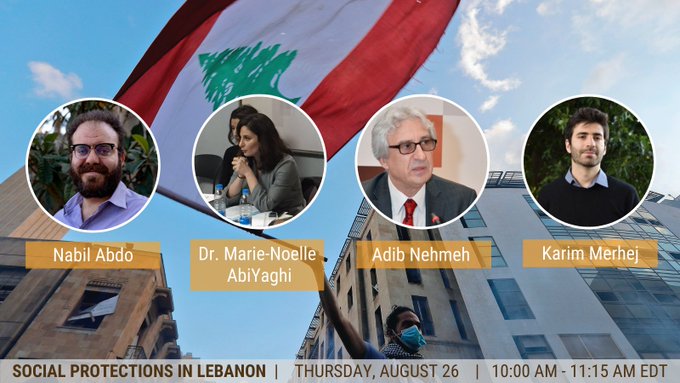