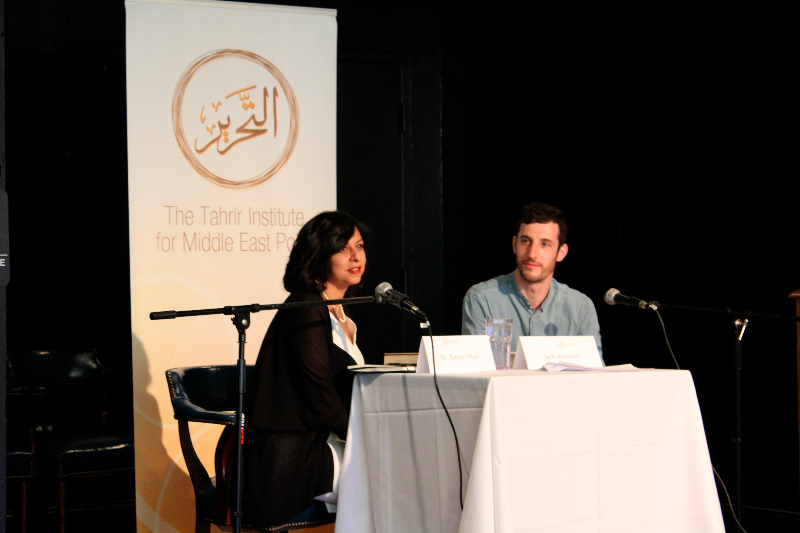 The event highlighted the book’s focus on re-conceptualizing the Egyptian revolution and counterrevolution as part of much deeper processes that transcend Egypt’s borders. Shenker discussed the 2011 revolution and subsequent transitional period in Egypt and evaluated their implications on both a macro and micro level. He went on to address the changes the revolution yielded in various aspects of Egyptian life including family, the workplace, and schools. Shenker also drew upon his experiences to comment on the political and social issues plaguing Egypt today, saying, “The Egyptian relationship with land was not a folksy or romantic one, but about an understanding of rights and autonomy. It’s a very dark time for the Egyptian revolution, but the pendulum will swing again the other way. I firmly believe that.”

The audience raised questions about the dangers of reporting in Egypt. Shenker responded, “Foreign journalists enjoy privilege that locals do not. But there are always risks, and red lines at the moment are unclear.” Other questions raised discussed the process of writing the book, as well as the selection of its title.

Jack Shenker is a former Egypt correspondent for the Guardian whose coverage of the 2011 Egyptian revolution won multiple prizes. His investigation into migrant deaths in the Mediterranean Sea was named news story of the year at the prestigious One World Media Awards.