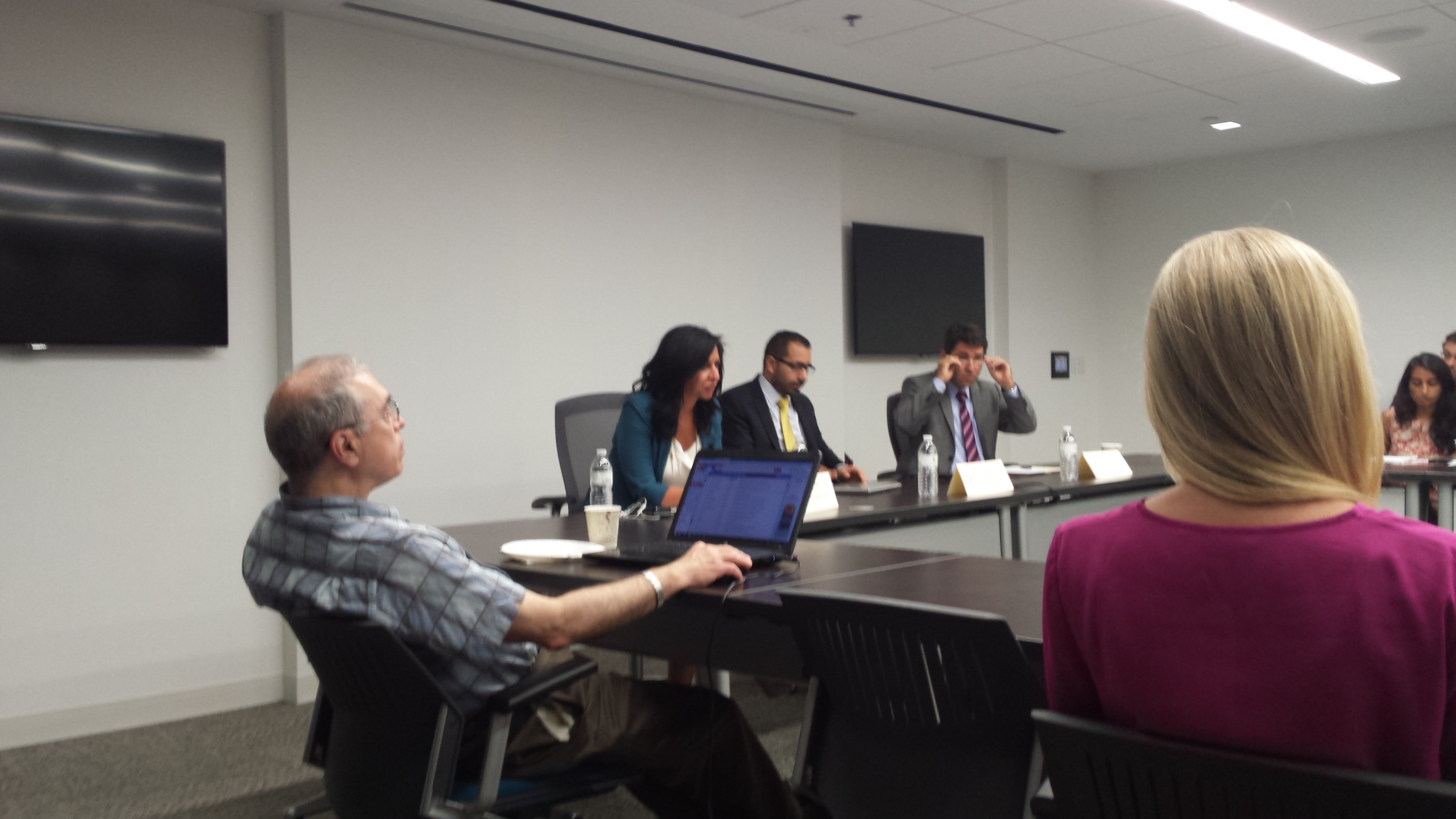 Dr. Okail opened the event with remarks on the dynamic nature of the political landscape in Egypt, saying that each time Egyptians and the international community begin to absorb and understand better the developments, another wave of change begins. Dr. Cook and Mr. Kaldas echoed these initial sentiments, explaining that for the past few years Egypt has evolved in unpredictable ways and its fight for democracy is far from over.

Mr. Kaldas continued to explain the complexities of contemporary domestic Egyptian politics. He lamented recent actions by the deep state (the military in particular) to repress critiques and political dissent that took root after the uprisings of 2011. Mr. Kaldas framed the controversial protest law and mass death sentencing in this light, as tactics of control. Despite these maneuvers, however, Mr. Kaldas argued that the Egyptian system of governance prevents a complete authoritarian takeover; both complex and corrupt, the Egyptian governmental system prevents any president from controlling and directing every government decision. Thus, Egypt’s political fate is far from certain, and Mr. Kaldas suggested that the deterioration of the Egyptian economy may provide motivation for a new wave of dissent and challenge to authority.

In response, Dr. Cook outlined the regional politics that affect the Egyptian landscape, and he argued that democracy has lately seemed the least likely outcome in the Middle East. The Gulf’s position is to ensure that resources in Egypt continue to flow and that there is enough stability for interests between the two regions to align. With the various Islamist extremist groups operating in the Middle East, President Abdel-Fattah El Sisi is able to argue that the Egyptian state must lead the fight against them to protect the innocent.

The speakers’ comments were followed by a lively question and answer session covering topics ranging from the regional threat of ISIS to the validity of historical comparisons between the Egyptian and French Revolutions. The discussion closed with a quick look to the United States, with the speakers concluding that while U.S. interests in the Suez Canal and the maintenance of the Camp David accords remain unchallenged, the U.S. is unlikely to seriously intervene in Egyptian internal affairs.