Please join us for a presentation by Mr. Koert Debeuf, Director of TIMEP Europe, on his new book, Tribalization: Why war is coming.

In his book, Mr. Debeuf depicts war as an inevitable outcome of our world becoming more tribal, more authoritarian, and less predictable, coining the term tribalization to describe this global process. Leaving traditional explanations aside, Mr. Debeuf explains the continuous historical interaction between globalization and tribalization not as a mere economic or political phenomenon, but as a collective psychology.

His insights are based on history and psychology, but also on his personal experiences as a front-row witness during the Arab Revolution in Egypt and during his previous political functions in Belgium and the European Union.

The event will take place on:

*Seating is limited; please RSVP to Tess Bolt at tbolt@timep.org to secure your spot. 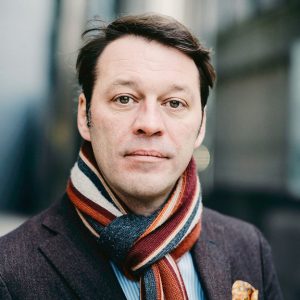 Koert Debeuf is the Director of TIMEP Europe, bringing 20 years of experience in European and Middle East politics. Mr. Debeuf was adviser, speechwriter, spokesperson of the prime minister of Belgium, and director of the Belgian think tank Prometheus. He also served in the European Parliament as chief of staff for the president of the Alliance of Liberals and Democrats for Europe, which sent him in 2011 to observe the Arab Spring in Cairo, where he lived until 2016, traveling extensively through the Middle East and North Africa. Mr. Debeuf holds an M.A. in history from the Universities of Leuven and Bologna, and is a visiting research fellow at the Centre for the Resolution of Intractable Conflict at Oxford University.