Algerian journalists rally to demand the release of their colleague Khaled Drareni, who was sentenced to three years in jail, Algiers, August 31, 2020. (Photo by RYAD KRAMDI/AFP via Getty Images)

In 2019, mass peaceful demonstrations kicked off in Algeria, ultimately bringing an end to former President Abdelaziz Bouteflika’s 20-year rule over the country. The nationwide popular uprising demanded political reforms and democratic governance to safeguard human rights, including freedom of expression. However, in recent years and following President Abdelmadjid Tebboune’s assumption of office after winning a publicly contested election in December 2019, Algerian authorities have continued to undermine press freedom.

Ahead of the country’s upcoming fourth Universal Periodic Review (UPR) cycle set to take place in November 2022, the Tahrir Institute for Middle East Policy (TIMEP) and the Committee to Protect Journalists (CPJ) have submitted an alternative report documenting a deterioration in press freedom, as a result of both law and practice. The joint submission details, among other things:

The UPR is a mechanism of the United Nations (UN) created to examine the human rights record of all UN member states. Per the UPR process, the country under review submits a national report and the Office of the UN High Commissioner for Human Rights puts together one report compiling information on the country obtained from reports by the UN special procedures and treaty bodies, as well as another report informed by submissions from stakeholders, including civil society. In this vein, TIMEP and CPJ’s alternative report has been submitted ahead of Algeria’s fourth UPR cycle, with review set to take place in November 2022. 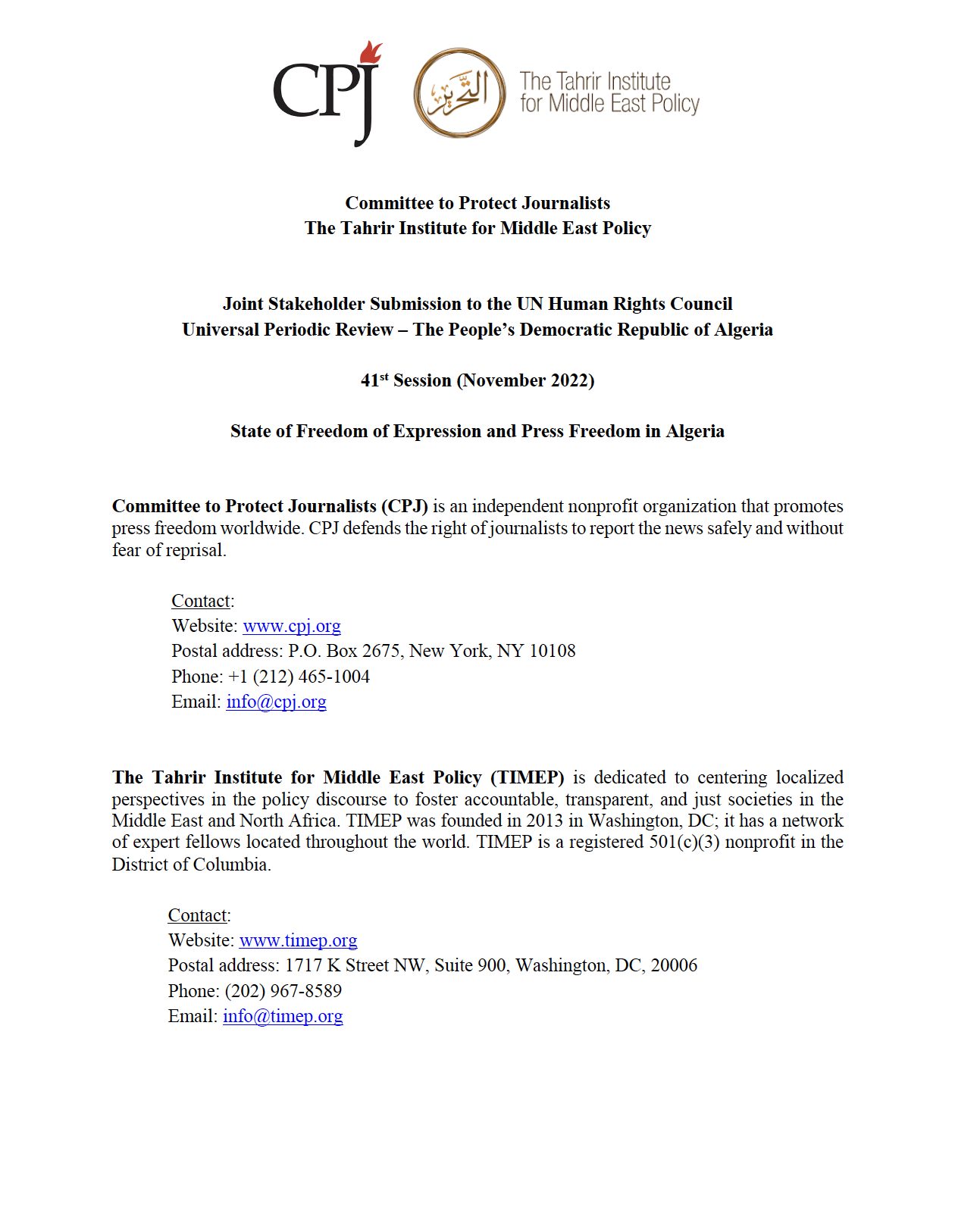