In the years following Tunisia’s 2011 Jasmine Revolution, there have been some notable developments coupled with legal and political setbacks—particularly since President Kais Saied assumed office in 2019—that have implicated and continue to implicate press freedom and freedom of expression in Tunisia. Reforms to the country’s print and broadcast media regulations and the passing of laws easing access to information offered hope to turn the page from Tunisia’s long history of severe content and media restrictions to a new chapter marked by freedom of expression and speech protections. However, ongoing political and economic unrest, in addition to President Saied’s recent onslaught to Tunisia’s democratic institutions, raise serious cause for concern.

The Tahrir Institute for Middle East Policy (TIMEP), the Committee to Protect Journalists (CPJ), and the National Syndicate of Tunisian Journalists (SNJT) have submitted an alternative civil society report ahead of Tunisia’s upcoming fourth Universal Periodic Review (UPR) cycle in November 2022, documenting a deterioration in press freedom and the safety of journalists as a result of law and practice. Among other things, the joint submission details:

The UPR is a mechanism of the UN created to examine the human rights record of all UN member states. Per the UPR process, the country under review submits a national report and the Office of the UN High Commissioner for Human Rights puts together one report compiling information on the country obtained from reports by the UN special procedures and treaty bodies, as well as another report informed by submissions from stakeholders, including civil society. In this vein, TIMEP and CPJ’s alternative report has been submitted ahead of Tunisia’s fourth UPR cycle, with review set to take place in November 2022. 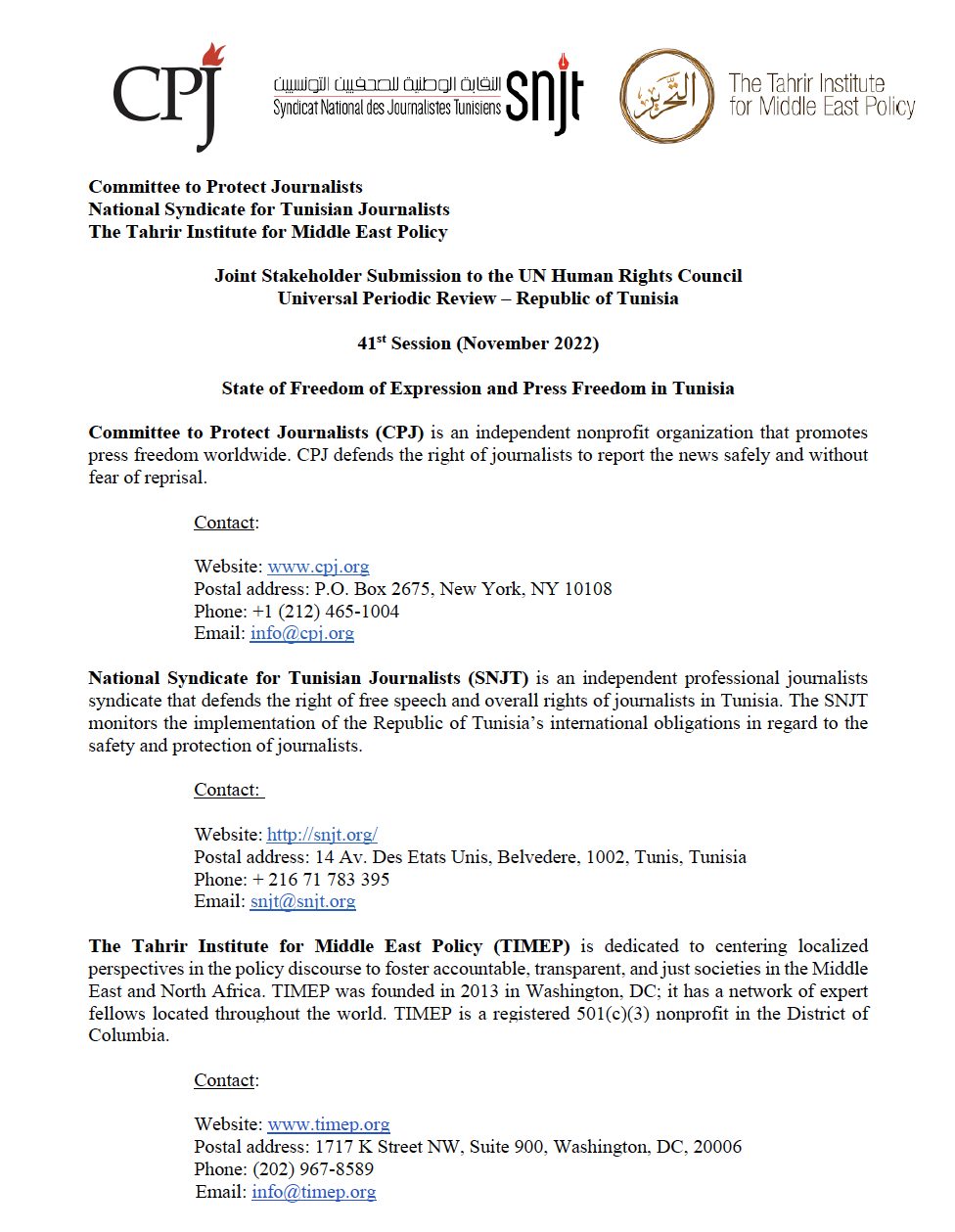