Disappointment and Violations in Suez

The announcement of first-round results in Suez governorate sparked political turmoil. A group of 33 candidates who lost in the first round released a joint statement demanding the cancellation of results and a re-vote for various reasons.

Many of the losing candidates further claimed that they found the High Elections Commission (HEC) bureaucracy to be a serious burden as they submitted their appeals and complaints.

“We are frustrated at how the HEC dealt with complaints. We don’t have any local representation of the HEC in Suez, so we had to go to the HEC local committee in Ismailia and they rejected our papers. When we submitted our complaints to the HEC in Cairo, we were informed that our submission was after the deadline,” Mahmoud Eissa, a lawyer and campaigner for candidate Muhammad Abdel Fattah Muhammad. 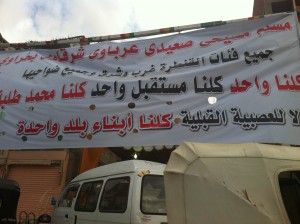 Candidate Muhammad Abdel Fattah Muhammad, an independent, said, “This result is not legitimate. All different types of violations have been spotted: group voting, vote buying, allegations of open bribery on election days—starting from 300 Egyptian pounds (LE, about $40)—and active campaigning [illegal on voting days under Egyptian law]. Even the church directed Christian voters to vote for certain candidates. All of that was reported by activists and domestic election observer groups.”

Another major incident in the Suez province that was circulated on social media was an alleged leak of a conversation between candidate Meme Hamido and an administrative clerk from the Suez court. The leak purportedly details a negotiation in which the clerk suggested deploying certain polling station staff members who would direct voters to vote for Meme Hamido.

In addition to the complaints and electoral irregularities reported about the actual voting in Suez, there were complaints about the administrative structure of the constituency. The province had been divided into two districts in previous elections, but in the new HEC administrative allocation Suez became a single electoral constituency with four representatives, with each voter permitted to select four candidates.

Many candidates found it financially challenging to campaign in a bigger electoral district than what they have anticipated.  “I am a complete foreigner to the rural areas of Suez. In 2011 and 2012 my campaign was only in the city of Suez. This time I had to visit many other areas that are out of my reach. The decision to make Suez one electoral district led candidates to form informal coalitions to promote each other in our areas of influence,” said candidate Gamal Ebied.

“In 2012, turnout in Suez reached 64 percent. As of today, the turnout in first round did not exceed 18 percent, among the lowest in Egypt. On the first day of voting, only three percent of eligible voters cast their ballots, indicative of the lower turnout expected in the runoff,” said Judge Osama Abdu. The judge went on to note that the gap between the final qualifier for the runoff and the first candidate to be excluded was just 400 votes, emphasizing how tight races have been. 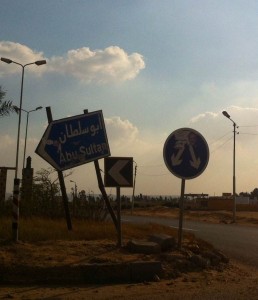 “In Suez, people’s depression is not because of politics; it’s because of economics,” said prominent independent candidate Magdy Osman, who came in third place and qualified for the runoff. “Suez’s name is renowned internationally; it is disappointing to see a collapsing city after hearing about the Suez Canal on the international media so often. The current status of the city of Suez is an international embarrassment. The famous Suez port is basically closed, and instead the port of Safaga is getting more business. That has led to huge frustration and an increasing rate of unemployment for a range of workers in Suez.”

Candidate Magdy Osman owns a successful shipping company. He ran for office in 2011 but was not elected. His political ideology seems to be unclear to most voters; many claim he belongs to the National Democratic Party of former President Hosni Mubarak while his rivals claim he is a member of the Muslim Brotherhood.

Attia Musa, 34—who voted only in the first round—said, “Magdy Osman is a pragmatic businessman and supported by a team of businessmen in Suez. Once he joins parliament he will only act as a facilitator for serving the interests of those businessmen and advance his very own.”

Voter Rasha Ibrahim, 37, said, “Suez is one of Egypt’s most marginalized cities despite being blessed with a strategic position and so much potential. A city like Suez should be a world trade destination; Egyptians from all corners of the country ought to be job hunting here. It’s a pity that a city with a great location, history, and resources is a collapsing one. It should have been a major city.”