Voting in the second phase of Egypt’s parliamentary elections continued today for 28.2 million eligible voters across 13 provinces, including Cairo, most of the Nile Delta, cities on the Suez Canal, and the Sinai Peninsula. Candidates in these governorates are competing for 222 individual seats, and party-based lists are contesting 60 seats in Cairo and the Nile Delta.

Low turnout has been the theme of this year’s elections, in both phases and all locations. But Mona Anwar, 52, traveled from Cairo to Tanta—the capital of the province of Gharbia, in the Nile Delta north of Cairo, where she is registered—to cast her vote for the first time since the 2011 revolution, because “things are now clear, transparent, and we can choose freely,” she said. “It makes more sense to contribute to the political scene now. We don’t need an opposition. We need people who can help the president achieve the goals of the roadmap, and that is why I decided to vote for ‘For the Love of Egypt’ (an alliance of parties that is broadly supportive of President Abdel-Fattah El Sisi).” 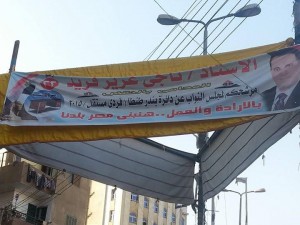 Like Mona, 55-year-old bus driver Sobhy thinks there is no place for an opposition now, as it will block the way to stability, but he thinks the new legislature has a role to play. “The next parliament should work for the people, practice more supervision on the government sectors to lower prices, solve the unemployment crisis, and counter financial corruption that has become an epidemic… but maybe later on, because Egypt is currently fed up with any form of opposition,” he explained. 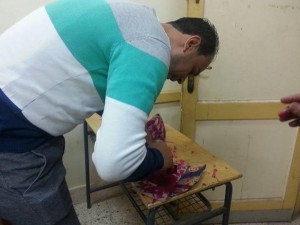 In the second phase, it appears that For the Love of Egypt still has the momentum, yet the Republican Alliance of Social Forces, led by Tahany al-Gebali, former vice-president of the Supreme Constitutional Court of Egypt, seemed to present a challenge. Most voters who agreed to be interviewed cast ballots for one of these two lists, with the Republican Alliance slightly more popular.

In Tanta, at a school with two polling places, several voters who supported the Freedom and Justice Party (FJP)—the political arm of the now-outlawed Muslim Brotherhood— in 2011 are now voting for parties closely linked to the current regime. Samir Ibrahim, a 61-year-old engineer, voted for the Republican Alliance of Social Forces. “I supported the 2011 revolution that toppled (former President Hosni) Mubarak,” he said. “I suffered from the corruption of the Mubarak regime personally, and that is why I voted for the Muslim Brotherhood in the 2012 parliamentary elections. I thought Egypt needed pious people like them, but little did I know. Later, they turned out to be like the Mubarak regime, opportunistic, serving their own interests.” Ibrahim went on to explain that he voted for “a coalition that would reform the government if it worked against the people, like Tahany al-Gebali’s” electoral alliance.

Like Ibrahim, 31-year-old lawyer Gamal Ahmed voted for the Brotherhood’s FJP in 2011, but spoiled his ballot for the party lists in these elections, because “they are just like the Brotherhood, aiming to dominate the political scene, exclude others.”

“I only voted for three independent candidates this time, because I know them personally. You can see a large number of young voters in Tanta, and that is because of the same reason; most of them came to vote for their young acquaintances,” he added, affirming that “it is easier to ask young candidates you know personally for favors and services, so we decided to support them, caring less about the lists that would not serve us even in the smallest ways.” 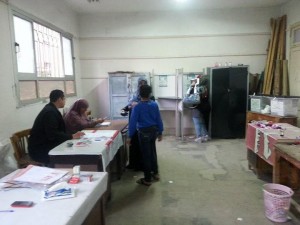 Polling places in Tanta and across the country were secured by a large contingent of police and military forces. Locals assumed that more people would vote in Gharbia because, as one female voter put it, “It is a smaller community here, compared to other provinces, and people here vote for those they know, friends, family, business partners. It is a sort of a community trend here.”

In Cairo the day before, older voters dominated the turnout; in Tanta, while still a minority, young voters seemed to be more numerous than in previous days of voting.  Various election judges claimed that 25, 45, or even 75 percent of eligible youth voted, but overall turnout remained low. Among three polling places that were willing to share their data, just one in six eligible voters cast ballots.