The Nour Party, established out of the Salafi Call movement in 2011, leapt to prominence in that year’s parliamentary elections as they led the Islamic Bloc to the second-most seats in the People’s Assembly, behind only the Muslim Brotherhood’s Freedom and Justice Party (FJP). Nour and FJP shared a broad Islamist outlook, and Nour alternately supported the FJP agenda and sought to distinguish themselves. Relations between the parties worsened in 2013, and the Nour Party supported protests against President Muhammad Morsi (of the FJP) and the military’s subsequent intervention. While other Islamist parties joined protests against the military, the Nour Party publically endorsed the post-Morsi roadmap and supported the presidential candidacy of Abdel-Fattah El Sisi. 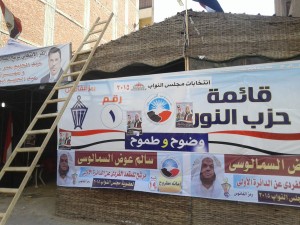 With the FJP banned, the Muslim Brotherhood labeled a terrorist organization, and other Islamist parties boycotting elections, the Nour Party is the most prominent Islamist group running this year. Nour has faced criticism from both the Islamist and secular camps this year: The former attacks them as having betrayed their ideological allies, and the latter distrusts them, given their prior willingness to work with the Muslim Brotherhood. In order to understand how the current political climate and public opinion are affecting the Nour Party, I went to one of their biggest support bases in Egypt, the governorate of Matruh.

When I arrived in Marsa Matruh, the provincial capital, to observe the ongoing elections, there was a noticeable absence of Nour’s campaign materials in the streets. In 2011, Matruh’s capital was overwhelmed with Nour posters on every corner. Tribes from across the province were proudly hanging their endorsement banners on the streets. Shops and markets declared support. Local coffee shops ceased operations and donated their spaces to be Nour Party information centers. Models and pictures of Nour’s electoral symbol, a lantern, were everywhere. All this seemed to have disappeared in 2015.

“Over the past two weeks we had our banners taken down by our opponents, who are trying to prove that we have lost our popularity,” said a senior Nour Party campaigner who requested not to be named. When asked about his biggest challenge, he answered, “Our narrative seems to not be convincing enough for a wide segment that supported us back in 2011. The main reason is that our rivals are completely depending on negative campaigns against us instead of promoting their own views of reform.” 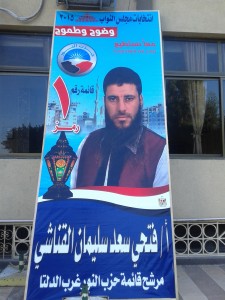 “We are the only party that presented written program to voters this time,” he continued. Literature from other campaigns could be found, but Nour’s appeared to be more comprehensive than other pamphlets and propaganda on the streets.

“In Islam we do not seek positions of power; this is a public service for the people and an obligation that I did not choose. The Nour Party selected me and I accepted because this is our teaching. I am optimistic that we will win these 15 seats in West Delta even after being attacked 24/7 by the media,” he said.

Korayem Farag, the Nour Party’s secretary-general for Matruh, was more of an outspoken critic. “I cannot doubt the fact that the fall of Muslim Brotherhood affected our popularity, but we do not bear responsibility for their actions. We competed against them in 2011 elections; in fact, we were their main competitor. We reduced our target electoral districts for party lists to two out of four and we withdrew our submissions from the other two districts. We are running for less than 40% of the nationwide individual seats. We believe we are able to contest 80% of seats, and we had initial plans to run in more than 60% of the districts, but thanks to mainstream media pressure we had to make a wise decision. I am sure we still have chances, and we will work with all other political factions in the parliament.” 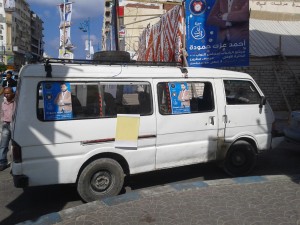