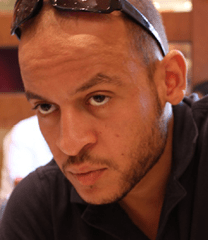 Mohannad Sabry is an Egyptian journalist based in Cairo. He was a finalist for the 2011 Livingston Award, and his articles have been published by the Miami Herald among other McClatchy newspapers, as well as the Philadelphia Inquirer, the Washington Times, GlobalPost, and other outlets. He speaks and understands a multitude of Arabic dialects and frequently collaborates with internationally known media outlets and documentary filmmakers. Mr. Sabry is currently writing a book on the security and political situation in the Sinai Peninsula.

Did Al Jazeera Uphold its Responsibility to its Staff?
Analysis 10/15/2014
By Military or Militants, Society is the Casualty in Sinai
Articles & Analysis 07/24/2014