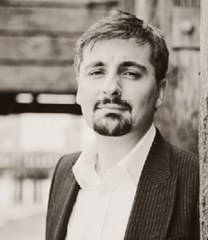 Ziya Meral is a Turkish researcher and writer. He frequently comments in international media and lectures across the world on developments in the Middle East and Turkey. He has given expert statements and briefings at the U.S. Congress, British parliament, and various other governments. He is the author of opinion editorials, special reports, and two books on a wide range of issues. His latest book was a study of the lives and thoughts of Nietzsche and Dostoyevsky, and his special reports include Legatum Institute’s Prospects for Turkey study. A play Mr. Meral wrote has been produced for stage at a leading theater in Istanbul. From 2011 to 2012, he was a fellow at a U.S. federal commission in Washington, conducting research on ethno-religious violence in Egypt and Nigeria. Trained as a sociologist at the London School of Economics, Mr. Meral is a Ph.D. candidate in politics at the University of Cambridge and a research associate at the Foreign Policy Centre in London.