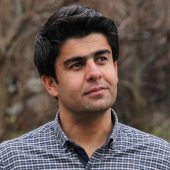 Kamal Chomani is a Kurdish political analyst and TIMEP Nonresident Fellow writing on Kurdish political affairs. He cofounded the Kurdish Policy Foundation in 2014 and the Pasewan in 2015. Mr. Chomani has an M.A. in English literature from Bangalore University in India. His writing has appeared in Limes magazine, Foreign Policy, Al-Monitor, the Times of Israel, Jadaliyya, the Kurdistan Tribune, Awene weekly, Hawlati newspaper, Lvin, NRT TV, and other outlets. He is currently based in Hamburg, Germany. You can follow him on Twitter: @KamalChomani.