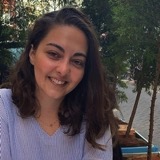 Noor Hamadeh is a former Nonresident Fellow at TIMEP focusing on business and human rights in Syria and across the region. She is a Syrian-American lawyer and co-host of the Branch 251 podcast. She is currently consulting on a number of Syrian legal projects. Prior to this, Ms. Hamadeh was the Head of the Human Rights and Business Unit at the Syrian Legal Development Programme (SLDP). She holds a JD from the George Washington University Law School. Ms. Hamadeh has also completed a legal fellowship with the Public International Law & Policy Group (PILPG), where she served on the Syria Negotiations Support team in Istanbul and Washington D.C. and provided negotiations support to members of the Syrian opposition in Astana. She has additionally completed internships with the Resettlement Unit of the United Nations High Commissioner for Refugees (UNHCR) in Washington D.C. and Robert F. Kennedy Human Rights. You can follow her on Twitter at @noor_ham12.