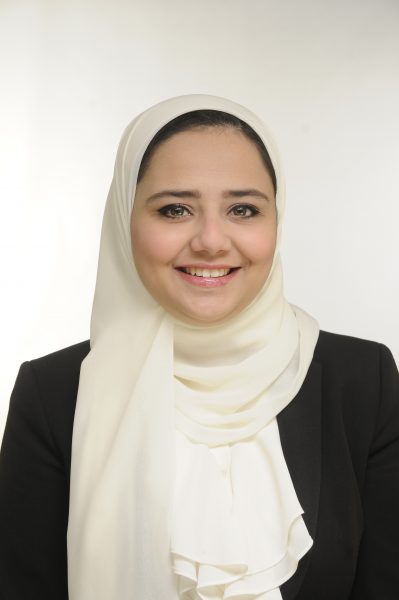 Omnia Gadalla is an assistant lecturer at the Faculty of Law and Sharia at Al-Azhar University (Business Law Department), a Master of Laws researcher at Al-Azhar University, and founded of the #HerHonorSettingTheBar (#المنصة_حقها) Initiative in 2014 which mainly fights against the the ban on Egyptian women judges.

Omnia was selected by the French Ministry of Foreign Affairs as a “Future Leader” and recognized among “Inspirational Egyptian Women” by the National Council of Women. She is a member of Voice of Women Worldwide (VOWW) and its Egyptian representative, was honored in 2016 by the New Woman Foundation for defending women’s right to join the judiciary. Omnia has also spoken at several conferences about Egyptian women in judiciary.

She is a graduate of Faculty of Law and Sharia from Al-Azhar University and obtained her first LLM from Ain Shams University in International Trade Law.

Her Honor Setting the Bar: Fighting for Equality in Egypt’s Judiciary
Analysis 10/02/2020