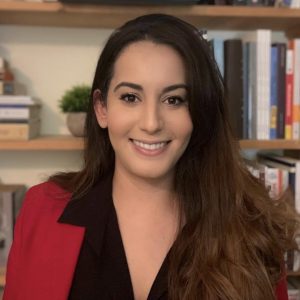 Samia Errazzouki is a Nonresident Fellow at TIMEP focusing on press freedom in North Africa, with a special emphasis on the situation of women journalists. She is a co-founder of Khmissa, an NGO that advocates for women’s rights in Morocco through an intersectional lens. Samia has worked as a Morocco-based journalist, reporting for the Associated Press and later with Reuters. She has also worked as a research associate in Morocco with the University of Cambridge, researching the dynamics of surveillance and citizen media in light of the Arab Spring. She is currently a co-editor with Jadaliyya. Her work and commentary has appeared in various platforms including the Washington Post, BBC, Foreign Policy, The Guardian, and Al Jazeera, among others. Samia holds a BA in Global Affairs from George Mason University and an MA in Arab Studies from Georgetown University. She is currently completing her PhD in History at the University of California, Davis. You can follow her on Twitter at @S_Errazzouki.