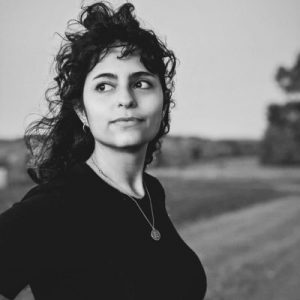 Sana Mustafa is the Director of Partnerships and Engagement at Asylum Access, where she leads fundraising and partnership initiatives bringing together RLOs and powerful refugee response institutions, including the RefugeesLead Campaign. and The Resourcing Refugee Leadership Initiative  After fleeing war in Syria, Sana was determined to address the hardships that come with forced displacement and exclusion. Before joining Asylum Access, Sana ran her own consulting company focused on refugee inclusion, partnering with institutions such as WeWork, Oxfam and TENT.

Sana is a champion for shifting the narrative around refugees and elevating the powerful role they play in society and their communities. She has been a featured speaker at the United Nations, the White House, Harvard Law School, and Stanford University. She was also a featured speaker at TED.

Sana is also a member of Syria’s first Syrian Women’s Political Movement, whose aim is to unite women from across professional fields and ethnic lines to ensure vision for women’s inclusion in a future Syria. And a board member of Karam Foundation.

Q&A with Sana Mustafa: “We are all forcibly displaced under different labels by international law”
Analysis 06/20/2021