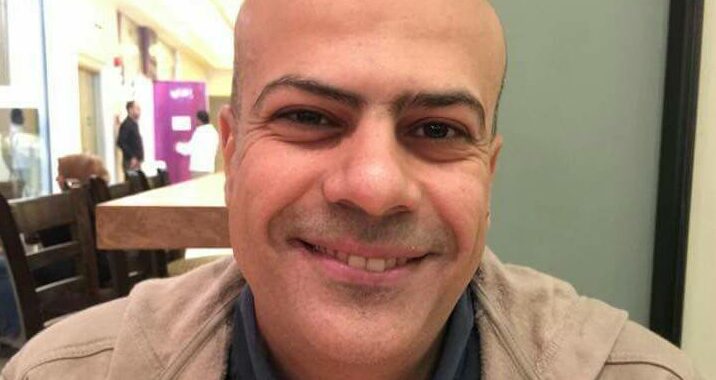 via Mada Masr
Today, the Tahrir Institute for Middle East Policy (TIMEP), in concert with a diverse coalition of civil society organizations, issued a joint statement calling on Egyptian authorities to immediately facilitate a thorough, transparent, and independent investigation into Mr. Ayman Hadhoud’s disappearance and death. Ayman Hadhoud was an Egyptian researcher and economic advisor to the Reform and Development Party. Last week it was discovered that he died while in the custody of Egyptian security services after being forcibly disappeared on February 5th, 2022.

Mr. Hadhoud’s horrific death, as well as authorities’ lack of transparency about the circumstances which led to this tragedy, are the result of Egypt’s severe deterioration in rule of law and culture of impunity. Egyptian authorities must immediately halt its practice of enforced disappearance, abusive use of pretrial detention, negligence of detainees’ health conditions, and obstruction of due process–all of which have facilitated a severe deterioration in the rule of law and created a culture of impunity.

We, the undersigned organizations, express significant alarm regarding the death of economic researcher, and economic advisor and member of the liberal Egyptian Reform and Development Party, Mr. Ayman Hadhoud, who died while in the custody of Egyptian security forces following his forced disappearance over two months ago.

Ayman was last seen by his family on February 5, 2022. The Ministry of Interior claims that Ayman was never forcibly disappeared, that the appropriate legal steps were taken, and that he was later transferred to the Abbasiya Psychiatric Hospital in Cairo based on a referral from the Public Prosecution.

Even more concerning, the account of Ayman’s family, who have spent the last two months searching for him, point to the complicity of the security apparatus and the hospital. After Ayman disappeared, security officials informed the family that he was in the custody of State Security in al-Amiriya and questioned one of his brothers about his work and social media posts. The family later learned that Ayman had been transferred to Abbasiya and placed under observation. Ayman’s brother, however, still could not find him or locate hospital records showing he had been admitted. Doctors later confirmed Ayman’s presence at the hospital and said that he had been brought by security officials, but that any further information could only be provided with permission from the Public Prosecutor. Attempts to see or visit with Hadhoud were never successful.

On April 10, Ayman’s family was informed by the Nasr City Police Station that he had died. When his brother went to the police station to recover his body, he learned that Ayman had died on March 5 and had improperly been labeled as an unidentified body. At a later point, it was reported that the family members responsible for identifying Ayman’s body reported seeing bruises and wounds on the body.

Shortly after news of his death became public, and following modest public pressure, the Public Prosecution ordered an autopsy into the death. No independent doctors or family members of Hadhoud were present at the autopsy. A preliminary report on the autopsy is forthcoming and a final report will be issued in approximately 30 days.

The Egyptian National Council for Human Rights has held an emergency session regarding Ayman’s death and issued a statement indicating that it is monitoring the case closely. Reports of pressures being placed on Ayman’s family and other advocates are circulating. On April 11, one of Ayman’s brothers was summoned for questioning by the Public Prosecution.

Following Ayman’s burial, the Public Prosecution issued a statement on him which features a number of contradictions in the state narrative and raises concerns regarding a number of clear violations on the part of state authorities, including but not limited to authorities’ failure to confirm Ayman’s presence in state custody and a failure to notify his family in a timely manner of his transfer to the mental health hospital and his death.

Hadhoud’s tragic death is sadly one of countless examples of the Egyptian government’s disregard for preexisting health conditions of detainees and health complications developed while being in detention.

We, the undersigned organizations, call on the Egyptian authorities to immediately facilitate a thorough, transparent, and independent investigation into Mr. Ayman Hadhoud’s disappearance and death. Such an investigation must be through a mechanism that is free from security intervention and that holds any perpetrators to account, irrespective of their affiliation with and role within the state apparatus. We reiterate our call for Egyptian authorities to immediately halt its practice of enforced disappearance, abusive use of pretrial detention, negligence of detainees’ health conditions, and obstruction of due process–all of which have facilitated a severe deterioration in the rule of law and created a culture of impunity.

US Committee to End Political Repression in Egypt