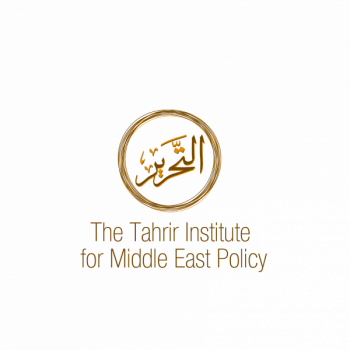 Over the past six years, The Tahrir Institute for Middle East Policy (TIMEP) has successfully grown under the esteemed leadership of our Executive Director, Dr. Nancy Okail, to occupy a prominent place among world class organizations influencing policies supporting democracy, rule of law, and development in the Middle East.

Since TIMEP’s establishment, Dr. Okail has diligently worked to build TIMEP’s strategy and direction, led and mentored team members, and saw TIMEP’s collective work grow to distinguished positions in this field. Recognizably, such success requires immense effort and commitment in which she has sincerely invested since the foundation of TIMEP in 2013.

It is with deep regret that we understand and respect Dr. Okail’s wish to step down from her role as Executive Director of TIMEP as of today. Dr. Okail will continue supporting TIMEP and ensuring a smooth transition throughout the process of selecting a new Executive Director for TIMEP and a general restructuring of the Institute.

“It is with absolute and great sorrow that we see Dr. Okail depart the Institute. I cannot express how grateful I am for her sacrifice and work. Nancy is a leader, colleague, and a dear friend, and TIMEP will certainly miss her, but this will not be the end of her contributions. With that said, we do look forward to continuing our great work of which Dr. Okail has founded the structure for,” says TIMEP’s founder and Deputy Director Mr. Ramy Yaacoub. “Echoing Mr. Yaacoub’s words, we are so grateful for Nancy’s contributions, and we look forward to announcing very soon the selection of our new Executive Director and general restructuring of  TIMEP,” says Mr. Alex Shalaby, Chairman of the Board of TIMEP.

Under Nancy’s leadership, along with the brilliant team members and directors of TIMEP, the Institute has expanded its reach to influence policymakers in the US and across Europe towards well founded policies that are rooted in the work and views of local voices in the Middle East.

In 2018, TIMEP became the only Washington-based organization of its type to create a systematic and first-of-its-kind legal and judicial department, with the goal of strengthening legal and judicial culture in and on the Middle East. Dr. Okail introduced the triple-A model of Analysis, Advocacy and Action, which allowed TIMEP to uniquely connected findings of rigorous research to policy recommendation and supportive projects. Our experts are sought out by leading institutions around the world to present our work at high-level events. The Institute has had experts present at dozens of major global platforms and fora around the world. Over the past six years, TIMEP has mentored over 90 interns and worked with dozens of fellows and contributors addressing complex issues across the Middle East.

“It is with a heavy heart that I considered this decision.  I can never be more proud of the stellar success of TIMEP. I have been so privileged to work with my colleagues at the Institute and have the joy of seeing them grow in their careers. It has not been easy and the past years of exile, the loss of my parents and separation from my family, along with other challenges of running the Institute made me consider my need to take it easy. I am honored by the confidence of the TIMEP’s board, donors, and supporters who entrusted me to lead TIMEP. I am certainly committed to continue my work of promoting democracy, human rights and rule of law. I will continue to support TIMEP’s work in various capacities. I have no doubt that the Institute will continue to steadily grow, achieve more successes, and serve the cause and the people we support,” says Nancy Okail.

The Tahrir Institute for Middle East Policy is sad to see Nancy depart from the organization’s day-to-day leadership, wishes her the very best in her future endeavors, and will continue to rely on her vision and support.