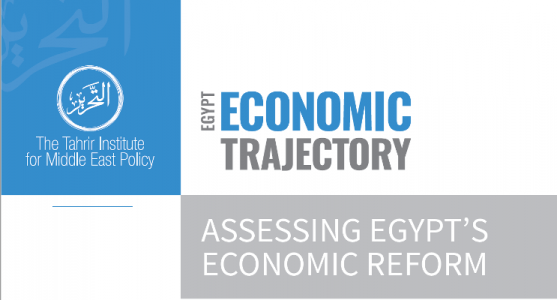 Nearly two years after Egypt’s inking of a $12.4 billion deal with the International Monetary Fund in November 2016, headlines extol the improvements made, and the IMF declared in June 2018 that “strong program implementation and generally positive performance has been instrumental in achieving macroeconomic stabilization.” The IMF loan came with a set of conditions designed to prevent Egypt’s economy, struggling under heavy and imbalanced spending, from collapse. While the austerity measures required for the loan may have stabilized the economy in the short term, they have caused heavy strain on economic conditions and purchasing power, making it very difficult for many to maintain social status, with the majority struggling merely to make ends meet.

The promise of any government or lending institution that introduces such measures is that, while they may lead to a tenuous, difficult time, the period of belt tightening will be followed by prosperity. Ideally, and in line with the IMF’s own recommendations, austerity measures should be accompanied by a socioeconomic support plan to mitigate the effects on the least privileged of society and low-income sectors—a critical need in a country where 27.8 percent of the country lived below the poverty line before the reforms were put into place.

To ensure the proper institution and efficacy of balancing measures, there is a need to systematically track, monitor, and analyze the impact of the economic reform program on Egypt’s economy and society. Two years after the signing of the IMF loan, there remains a gap in this essential knowledge as a tool for policy reform. Thus, TIMEP has launched a new project, Assessing Egypt’s Economic Trajectory, which consists of two major components. The first is a quantitative tool for researchers, journalists, and others, to help them make better sense of the program in numerical and visual terms. The second component is analysis of developments and data, to assess the program in terms not only of economic indicators, but also its impact on social health and human rights.

As such, this report sets the stage for the project, examining in depth the two years of Egypt’s economic reform plan. It covers a timeline of developments that led to the loan deal as well as the IMF program’s conditions and scope, and analyzes policies and fiscal, monetary, and socioeconomic trends. The report, like the project, is intended to encourage economic policies that harness the country’s potential, encourage equitable and sustainable growth, and improve the everyday lives of Egyptians. 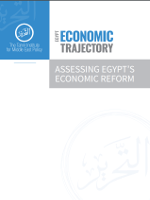